In my recent article Measured Success I described how a couple of simple items, a tape measure and chalk, allowed me to work a public relations photoshoot and still keep everyone safe.

This week I thought I’d share a bit more about that job with you.

The client was Seko Logistics, who had undertaken to deliver free personal protective equipment (PPE), supplied by Alexandra Workwear, to all 69 care homes in The Order of St John Care Trust group, starting with their home in Thornbury, Bristol.

Now this was never going to make the tight group shot I would normally aim to produce, but given the circumstances I felt the distancing between the people in the photo would not only keep everyone safe, but would also help make the picture visually interesting.

The light was difficult (when isn’t it?), so I had to put up a couple of high powered studio flash units. Without them the people’s faces would have been silhouetted and I also wanted to pick out some detail of the building too. The only giveaway is the shadow of the care nurse which runs contra to the shadows cast by the sun behind the people and building.

That’s ok though. I’d rather ensure the people were sufficiently lit than have to spend ages trying to wrestle with the exposure levels in post production, which would never have looked as good or had the crisp, colourful impact this image has. 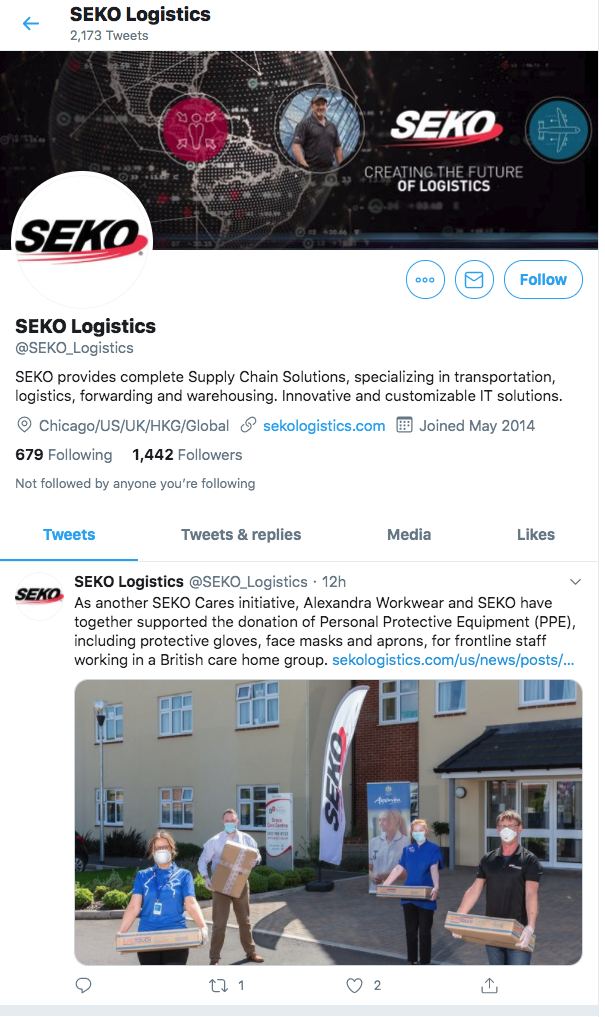 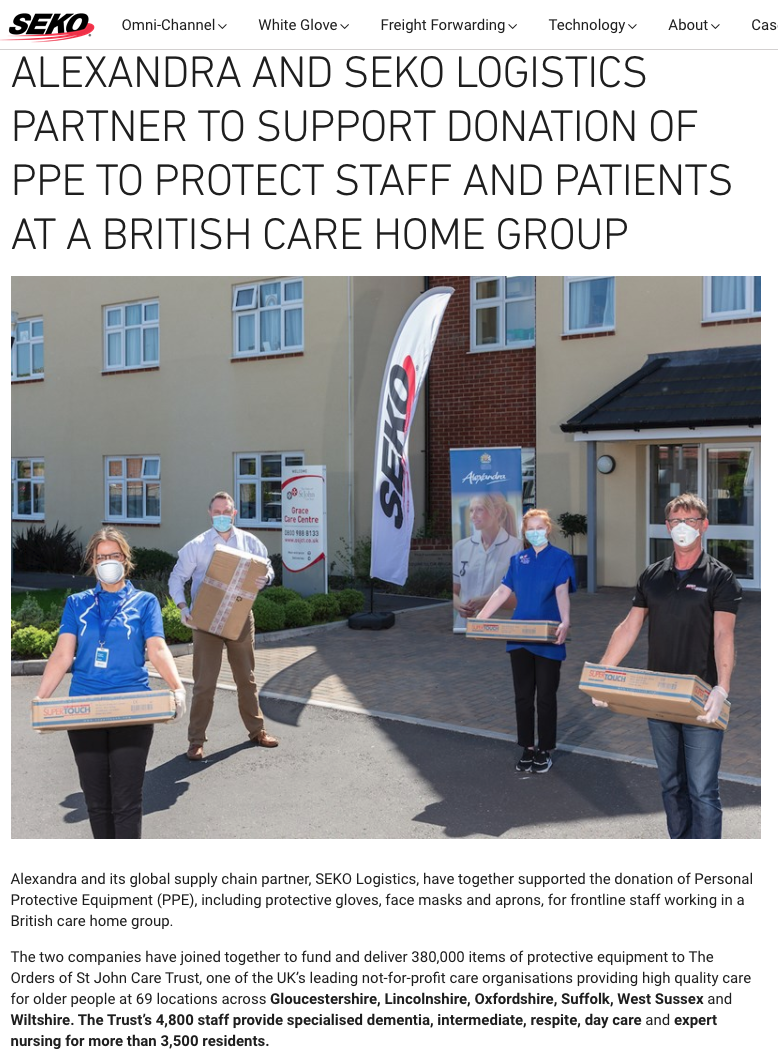 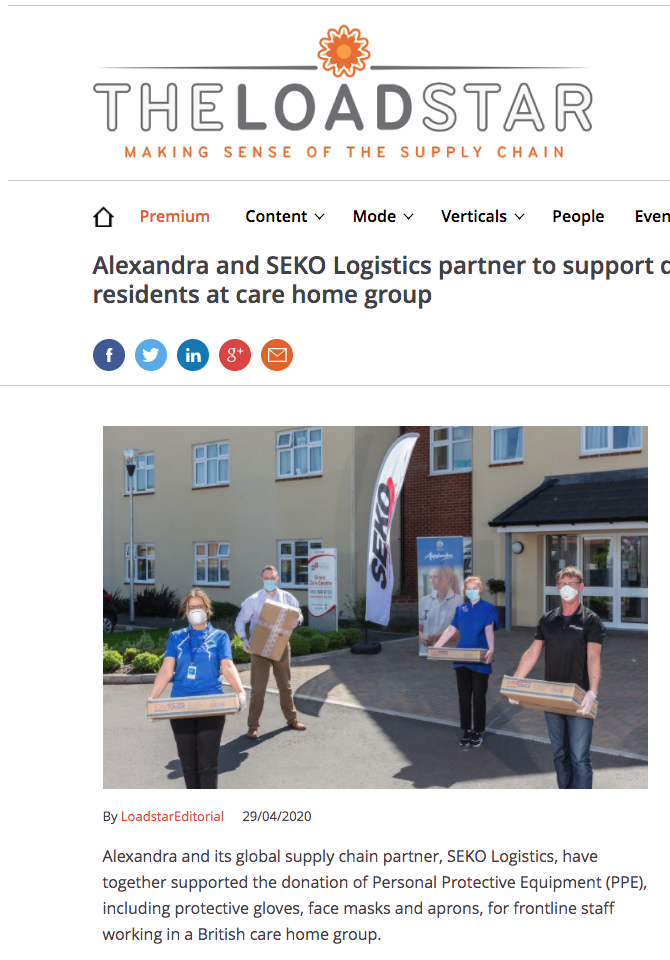 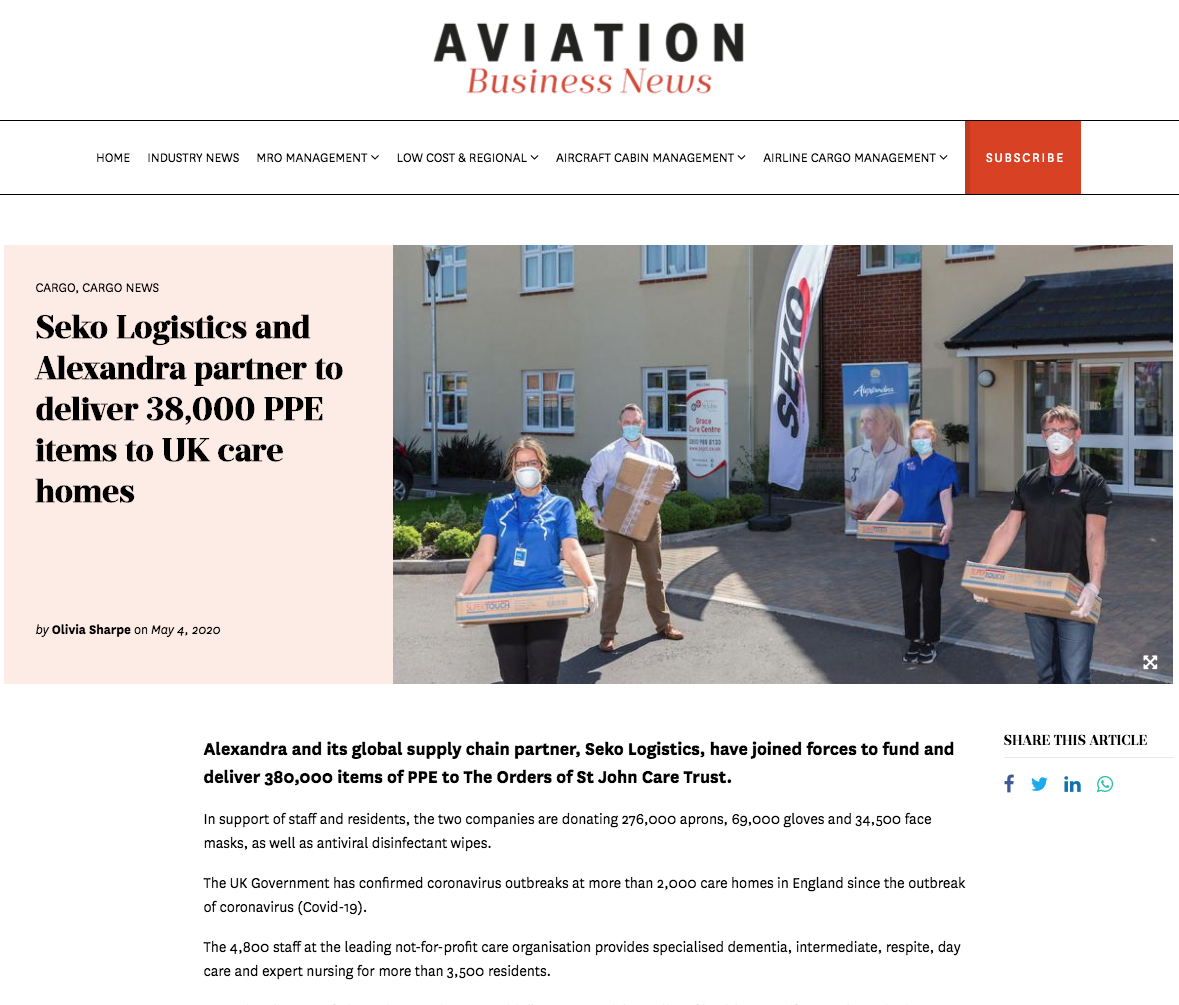 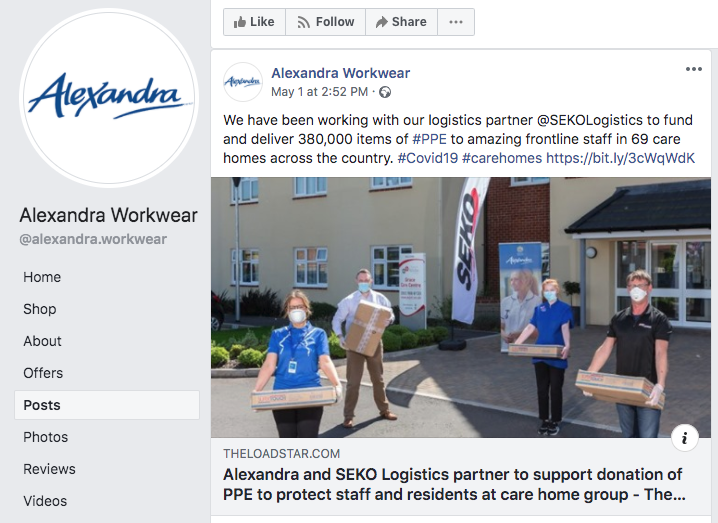 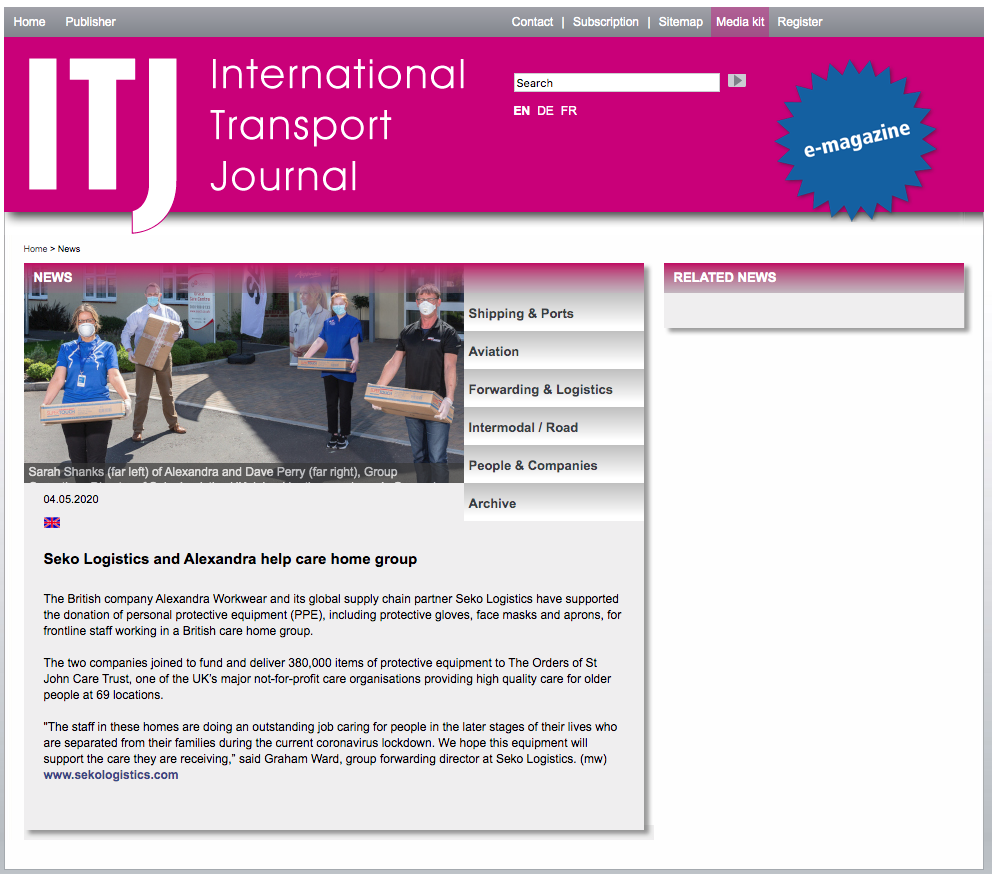 The result is a photo which the client has been able to use not only in their own social media feeds, but which has gone around their various industry publications too. I’m always pleased to see my pictures working hard for a client and I know the client is also pleased with how everything went and the result at the end.

So while organisations will be struggling to balance many conflicting requirements right now, it’s wise to keep an eye out for any stories which your business could put out as a press release. With professional care and execution, it’s still possible to get good PR coverage and raise your business profile with something positive.