It Isn’t All About The Gear – only a little bit 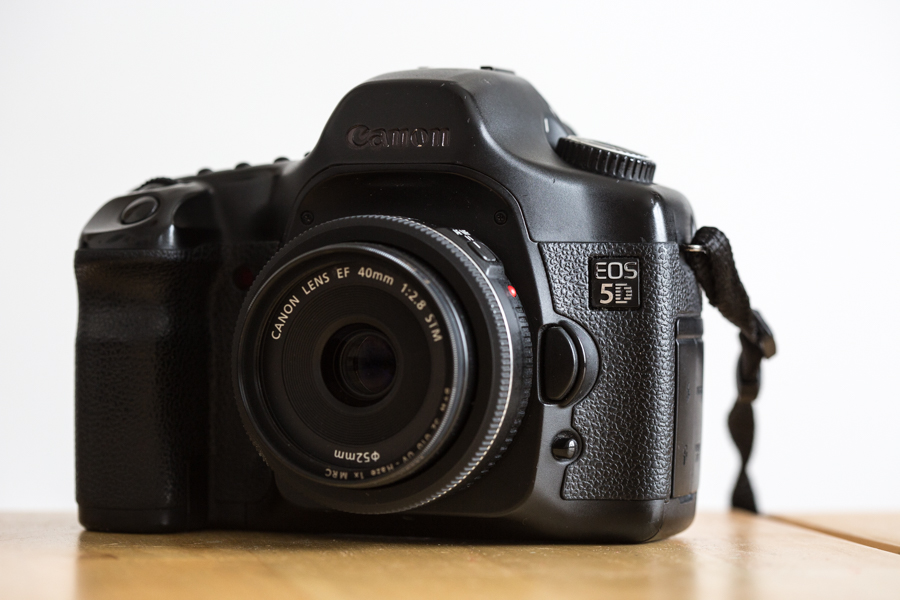 It’s fair to say, I was never your typical “gear head” photographer. Back in the days of film I learned to respect whatever kit I had and got the most out of it, even if it wasn’t top-of-the-range.

My first professional kit consisted of a Nikon FE2 and a Kiron 28-70mm f/2.8 lens, which I bought secondhand and even that needed a repair before I could use it. I don’t think Kiron exist any more. Nikon? well I think they’re still around, but I use Canon…

To me, my cameras and lenses have always been just kit for the job. I don’t rush out and buy the latest equipment whenever a new camera comes out. There always has to be a good reason to do so, especially since the digital camera market “came of age” and digital SLR cameras got to a stage where there wasn’t really a bad one to be had, just different levels of ruggedness or fancier features at different price points.

Ok, I do get a little excited when I buy a new camera body, but mainly it has to prove itself to me and earn my trust and respect over the course of several assignments.

I’d say the Canon 5D MKIII body which I’ve had for well over a year has done that. I had the MKII before it and never liked it. It had too many short-comings for me to warm to it. I usually felt I was getting the shots in spite of the camera, not because of it. Perversely, the 10-year-old 5D original body is a classic and I still own one. I use it in spite of its age because in some circumstances it’s really helpful to use two cameras at once, and it’s always essential to have a backup camera should the main one fail.

In fact I used the MKI body alongside the MKIII on a job last week and it performed exactly as I required. And when I delivered the images, the client didn’t say, “We hate these, they were taken on a 10-year-old camera!” In fact they loved the pictures and will get lots of use from them.

The fact is, a camera built in the days of yore can, in certain circumstances, work better than some of the really high-resolution camera bodies available today. I think the MKIII has more than double the resolution of the MKI, and sometimes this can cause problems. It all comes down to knowing how a particular camera will perform with a particular lens under specific circumstances; something I’m not sure all photographers take note of.

For my assignment this afternoon I’ll probably stick to the MKIII because I know it’ll give me the best results for the circumstances I’m working in. Horses for courses, cameras for… um… well, you get the picture.

How big is the ideal chip?

Which do you prefer? Big, fat, crunchy chips, or crispy, delicate, skinny fries? Personally I go for either, so long as they’re cooked well and not dry and mealy.

Of course this is a clunky metaphor for the chips in digital cameras, a subject I’ve covered before, but this time I’m going to demonstrate the difference between a large chip on the Canon 5D (identical in size to a 35mm film negative) and the smaller chip in the Canon G11 compact camera and how this relates to depth of field in photography (how far behind and in front of the point of focus is also sharp). Now bear in mind I’m not talking about the pixel count, but the physical size of the chip.

Also, this isn’t a camera review. You can read dozens of those on sites such as dpreview.com which do a grand job of organising all the geeky info, doing bench tests and what-have-yous. I merely want to show the difference that chip size has on how pictures look.

So to continue the foodie theme, let’s get to the meat of the issue. Here you see two very similar photos. One taken with the Canon 5D (a full-frame SLR) and the other with the G11 compact camera. 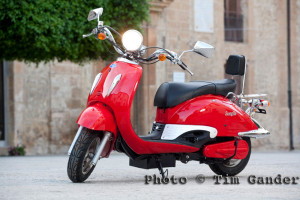 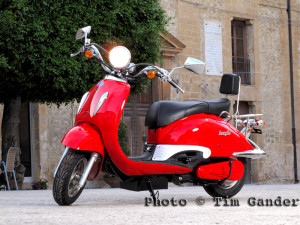 The focal lengths aren’t massively dissimilar; 135mm on the 5D, 115mm on the G11, and the apertures are f5.6 and f4.5 respectively. But the biggest influence on making the bike “pop” out of the background is the effect of the chip size on depth of field, and this is where the D5 has more control. Not necessarily a bad thing that the G11 will always have a deeper depth of field. It means more of the bike can stay sharp, while the lens can use a larger aperture and gather more light to gain the same exposure.

Photographers will use a fine depth of field to emphasise certain elements of an image, but other tricks can be used when you have less control of depth of field, such as switching to a more dramatic lens angle and simplifying the background, which is what you see in the photo below. 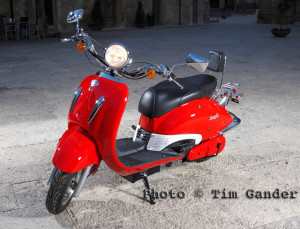 I said this isn’t a camera review, but I have to say I was very impressed with the G11 once I’d learned how to squeeze every ounce of quality out of its tiny chip. It’s not as quick as an SLR, but if you can anticipate well it’ll give you results you’d find surprising. I love that I can trigger my portable studio lighting using wireless triggers on the G11’s hotshoe, and that I can fire flash at higher shutter speeds than are available in normal flash modes on the D5. The only downside is that pulling the image up to 100% on screen shows the quality difference between the G11 with its tightly packed 10 million pixels, and the D5 with 12.8 million with more room to breathe on a bigger chip, but for web images it’s stunning.