Sometimes an email arrives which catches me by surprise, and this week’s post is about one which started with surprise and concluded with a delightful outcome.

The email came from Maisy, now a resident of Brighton, but the story goes back to 2019 when she was living in Glastonbury.

What Maisy sent was, in essence, “Hi Tim, I’m just wondering if you took any pictures of the storm from 2019, July 23/24. I know it was a while ago but I’m looking to buy a photo for my partner, we used to live in Glastonbury and both watched the storm and were astounded, it was the most amazing display of lightening – I saw a picture online from that night which took me to your website and I wondered if I could buy a photo off you. Many thanks in advance Maisy”

Well it was such a spectacular storm that I remembered the night and I knew I had the pictures in my archive, so searched them out and sent Maisy a low-res, watermarked version of the one I’d posted to establish that it was the photo she’d seen.

Having confirmed that it was, I worked out a price (the image isn’t listed on my Takeagander site) and I arranged for printing on beautiful Hahnemühle Photo Rag fine art paper and shipping to Maisy in time for her partner’s birthday. 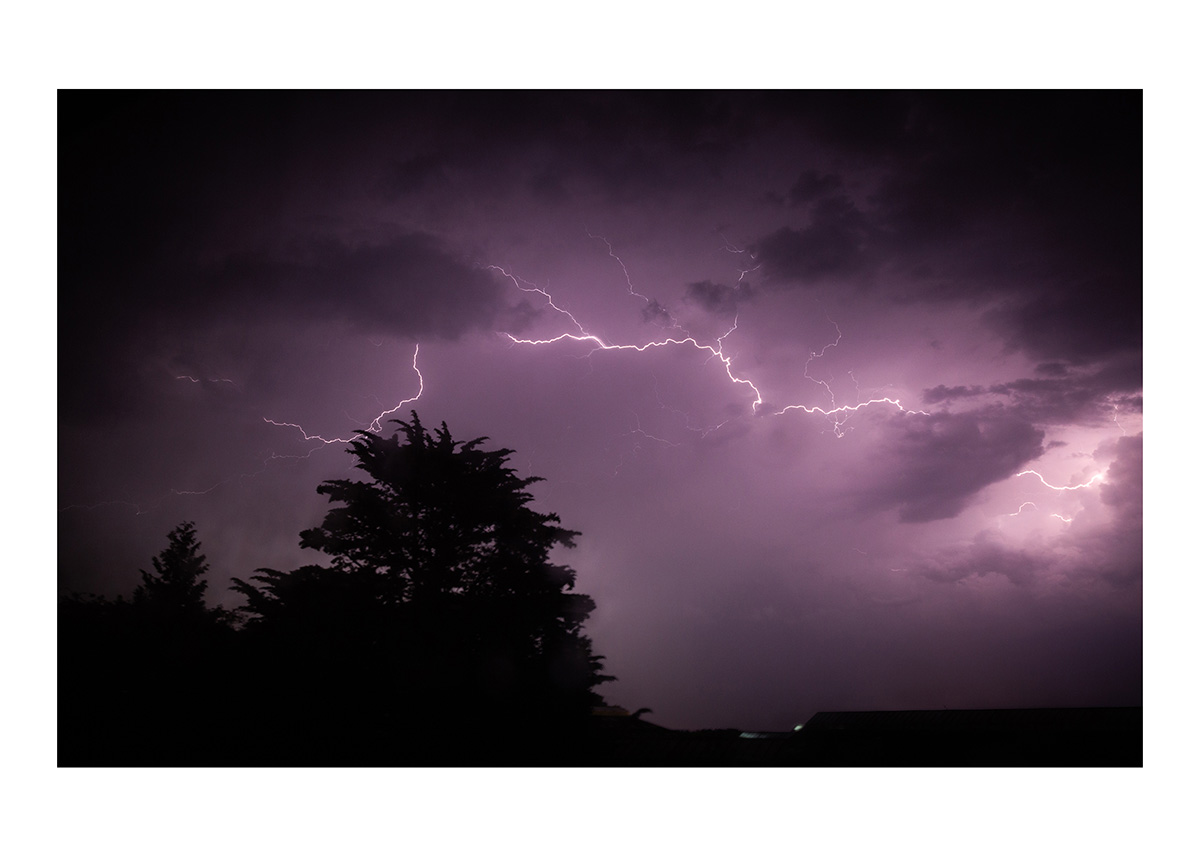 The photo Maisy saw online which lead her to contact me. 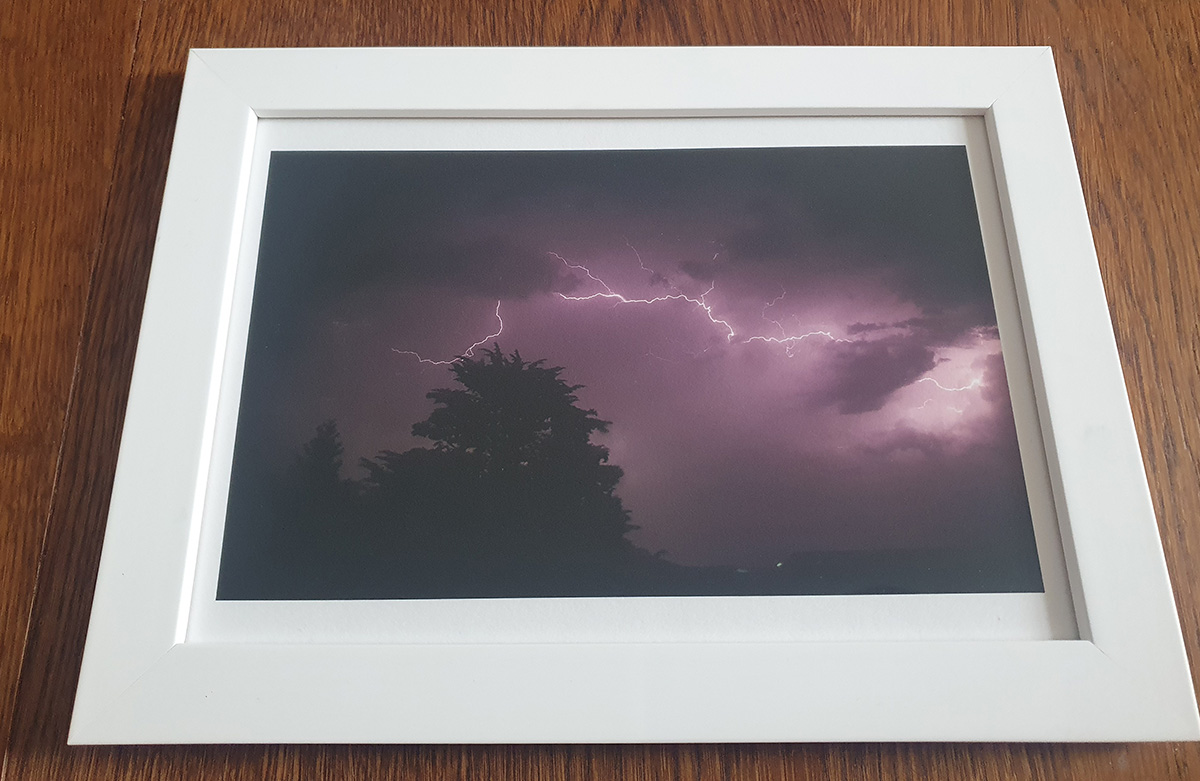 But I was intrigued about the story behind why she wanted this particular picture. Here is her reply, re-formatted and published with Maisy’s consent:

“Re the image, yes so the story behind it is a little odd! But it was before my partner and I were together; I was in quite a tricky place in an unhappy and unhealthy relationship and he was also in a difficult place taking care of an unwell family member.

At the time of the storm we both went outside (although we viewed it separately, about 5 minutes away from each other) and we were both with other people. Everyone left and we both decided to stay alone and watched it for just over 30 minutes, just watching the lightning.

Fast forward to a couple months ago, we have been together about a year and a half and I mentioned this amazing experience that I had with the storm years ago and Jai (my partner) knew exactly which storm I was talking about and we realised we shared the same story with lots of strange coincidences. And we both took lots of comfort knowing that even though we were alone watching it, we were both actually experiencing the same thing together.

So it’s a special moment that we share, even though we didn’t share it, if that makes sense!”

Well I don’t know about you, but it makes perfect sense to me and I’m so pleased that a photo I took is now on Maisy and Jai’s wall as a permanent reminder of the incredible experience they shared before they even met. I’ll let Maisy have the final word:

“(Jai) absolutely loved the photo, as soon as he saw it he knew what it was from! He wanted to pass on thanks for such a lovely picture. The storm was a really special moment so I’m glad we can remember it through that photo.”