Perhaps the best piece of advice I can offer any student of photography when seeking work experience is let the application itself be part of the experience. I should preface by saying that I rarely offer work experience placements for a multitude of reasons I won’t go into here, but follow a few simple rules and your application will stand a better chance of finding success.

I could go on, but hitting these main points should get your toe in the door at least. 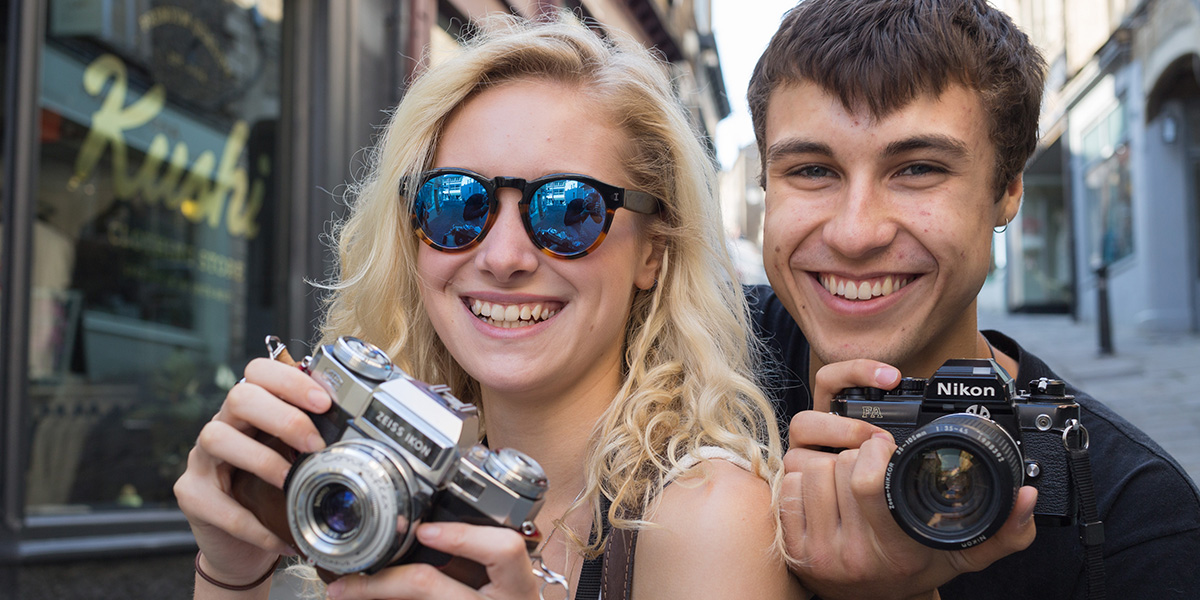 Although I can’t often offer work experience, a competent application will at least get a response from me. Usually I’ll make an offer to have a phone conversation about what the applicant wants to do in the industry, the opportunities and where else to get advice, but I’m astonished how often my email reply goes unanswered. Which of course makes it harder for the next student to get a response from me.

Work experience can be invaluable, it’s how I started out as a press photographer, but the industry structures for training, nurturing and furthering a career have either changed or disappeared since I set out on my journey. Students today will need to find their own tracks into their chosen career, but get these basics right and you never know, you could find yourself ahead of the game and on your way to doing probably the best job in the world.

My film foray continues, and with it new ideas about how I want to work and the personal projects I want to use it for.

For a few years now I’ve had a hankering for a camera which had no reliance on batteries. Unbelievably, in all my 30 years as a photographer, every camera I’ve ever owned has needed at least a couple of LR44 button cells to make the shutter work.

It was never a problem, but when looking at secondhand film cameras now (s/h being the only option since nobody makes a 35mm SLR or rangefinder film camera any more), we’re talking about cameras between 20 and 40 years old which all have electronics in them, and circuit boards being rather delicate, specialist parts, it’s less likely they’ll be repairable in years to come.

My very electronic Canon EOS 1N cameras are going well and I’m confident they’ll keep going for several years to come, but an all-mechanical camera, albeit an old one, is still more serviceable than one packed with fine ribbon circuit boards, motors and silicon chips.

Which is why when a Nikon F2 popped up in my Facebook Marketplace, I stopped in my tracks and took a good look.

The Nikon F2 is something of a legend, but I won’t bore you with the full history of this model right now. Suffice to say, it was ‘the’ camera of choice of photojournalists from the early 1970s to the 1980s (when the battery-reliant F3 came out) and finding one in good condition now is getting tricky; they’re actually becoming collectible (aka stupidly expensive). It takes a couple of button cells, but they only work the meter. The shutter is completely mechanical, so if the batteries die, I still have a working camera in my hands.

The particular one which popped up in my Facebook feed looked to be in fantastic condition and even better, it wasn’t a million miles away from me. So I dropped a tentative line to the seller about having a look at it, while assuming I’d never hear back. 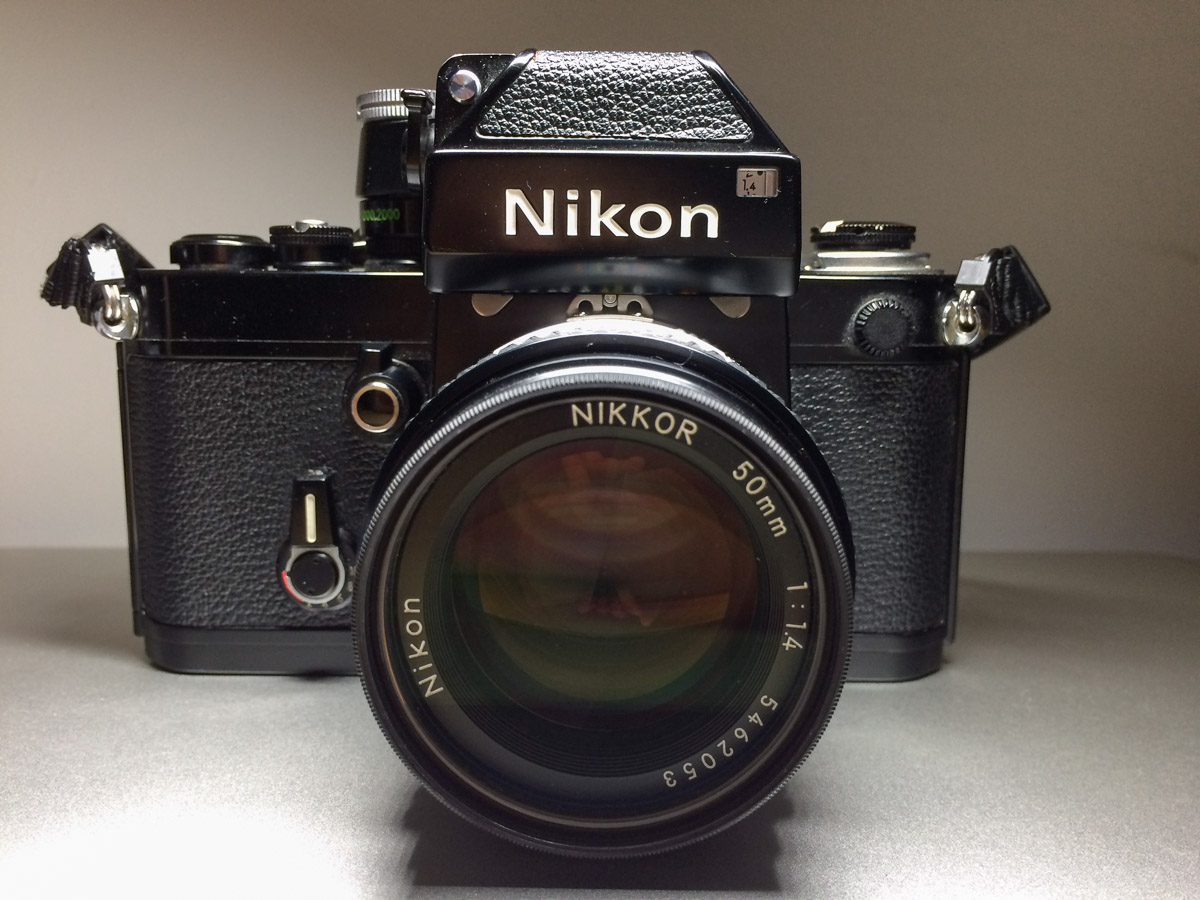 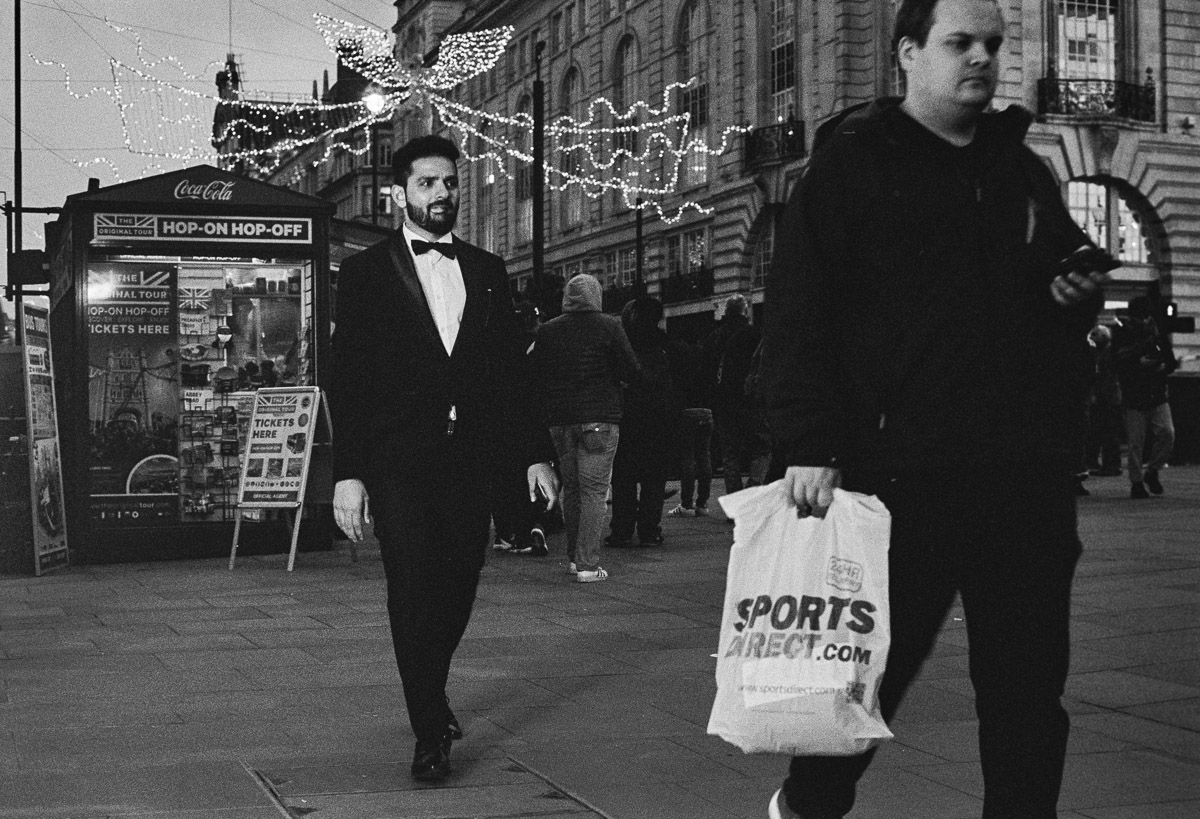 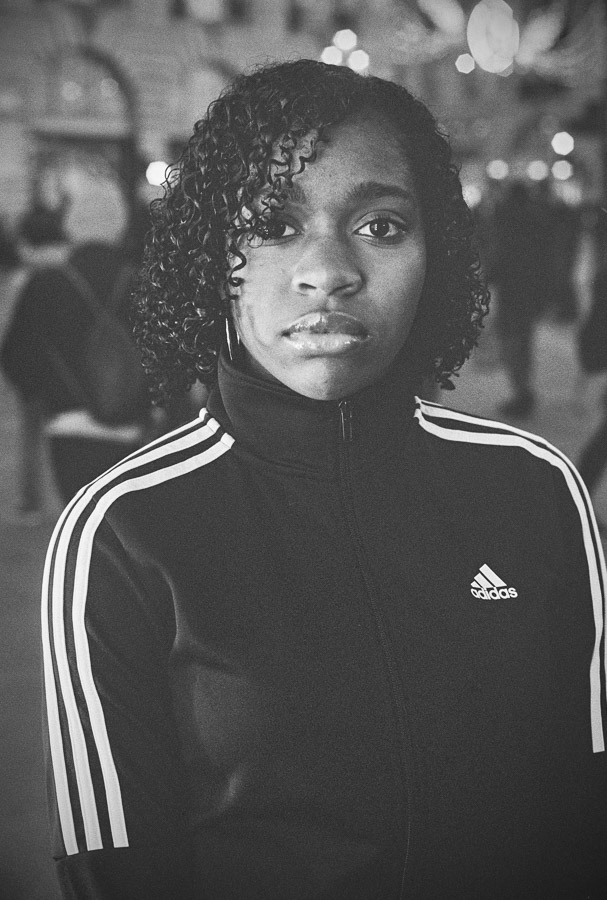 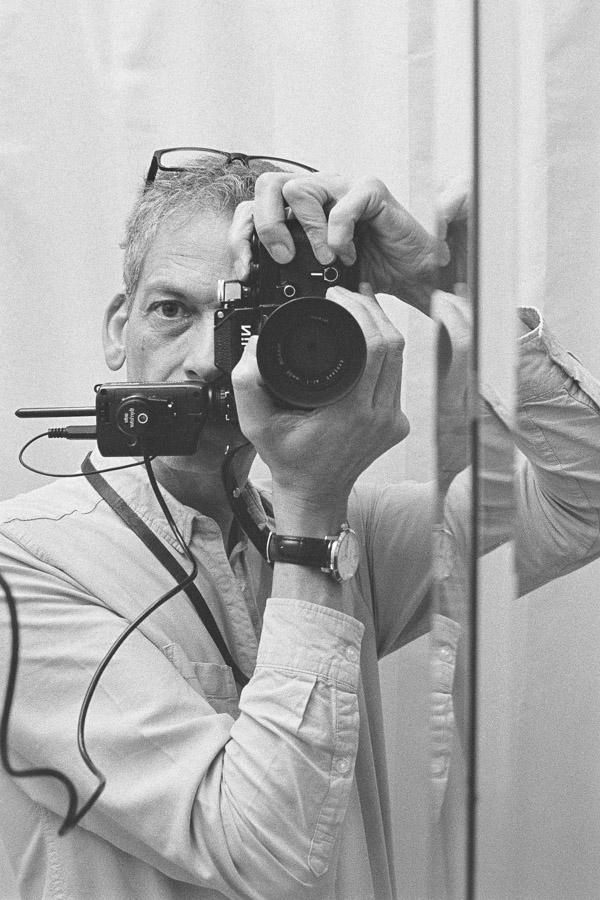 Testing with flash in bathroom mirror

Far from it, the seller called me almost immediately and we got chatting. Long story short, we met an hour later and I bought the camera (with 50mm lens). An early Christmas present to myself then, albeit one with some serious intent.

Even though it’s had little use since it was bought in 1973, the camera will need a service. The slower shutter speeds are a little dodgy and it’ll do it no harm to have the original lubricants cleaned off and replaced along with any decayed foam seals (though the film door and mirror box foams look incredibly good).

The camera is already booked in to be serviced by the one person in the UK who specialises exclusively in servicing and repairing Nikon F2s, Sover Wong. Sadly his waiting list is over a year, but he’s assured me I should be fine to use the camera while I await my slot.

The downside of it being a Nikon is that I can’t use any of my Canon lenses on it, but that would have been the same if I’d bought Canon’s last mechanical camera because Canon changed their lens mount system for the EOS autofocus cameras, so my EOS lenses don’t fit older Canons. Complicated, ain’t it?!

Thankfully, I’m only interested in using a very limited set of lenses with the Nikon and I can build these up over time.

In the meantime, I’ve put a couple of rolls of Kodak Tri-X through this amazing machine and I’m happy to say it seems to be working just fine. Even the meter is accurate, which isn’t bad for a 45-year-old camera. Yes, it’s only 7 years younger than me, but it looks prettier and less wrinkly.

In time I’ll be using it for personal projects and personal work where the scream of my Canon’s built-in motor-drives are perhaps less appropriate. Keep watching for updates!