Newspapers love a good “bad weather” story, and the St Jude storm this week was a gift to editors who could fill their print and web pages with a broad mix of images from agencies, readers and possibly one or two “courtesy of the internet” accidentally-stolen shots too.

Thankfully, rumours that Sir Paul McCartney is to re-write Hey Jude and perform it live on the roof of Buckingham Palace to raise money for those who lost patio chairs in the storm have proved to be unfounded.

Unfortunately for you, the storm does give me the opportunity to regurgitate some crusty old newspaper cuttings from my early career when I was part of The Bath Chronicle’s Storm Watch team in 1990. Indeed, everyone talks about the 1987 storm, but the 1990 storm also brought down trees and caused umbrellas to be inverted. Looking at these old pics, I realise I wasn’t exactly lead photographer being sent to cover the full devastation, but it’s still fun seeing some odd little scraps of time again. Enjoy! 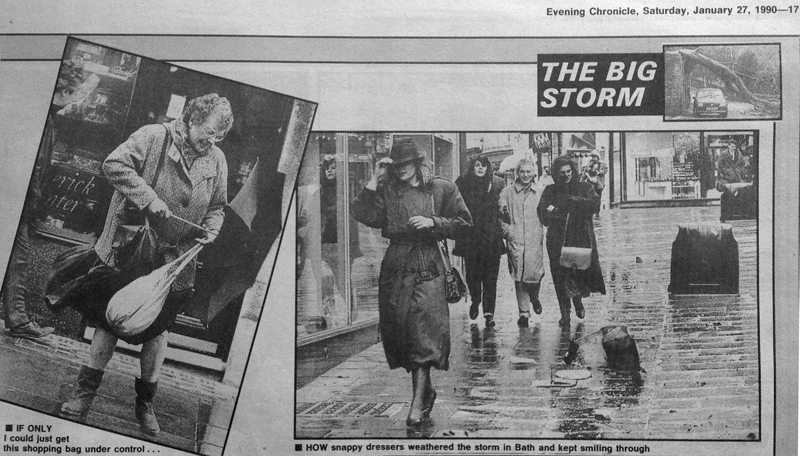 Hold onto your hats, the storm's a-coming! 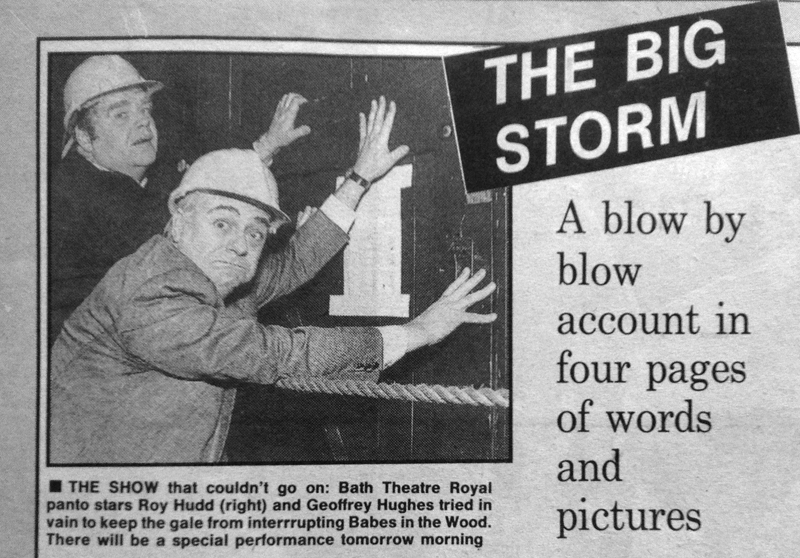 Geoffrey Hughes and Roy Hudd starring in Babes in the Wood bolster the stage door against the storm. The show was suspended during the storm, presumably due to the risk of falling trees. Or babes 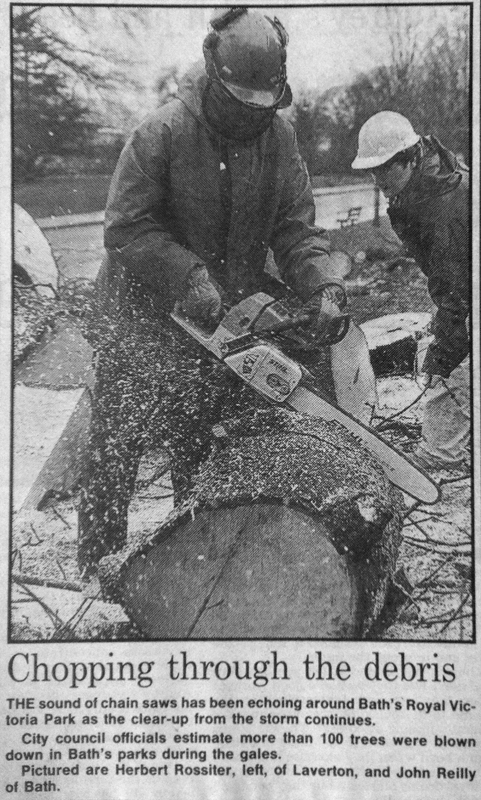 Workmen deal with fallen trees after the storm 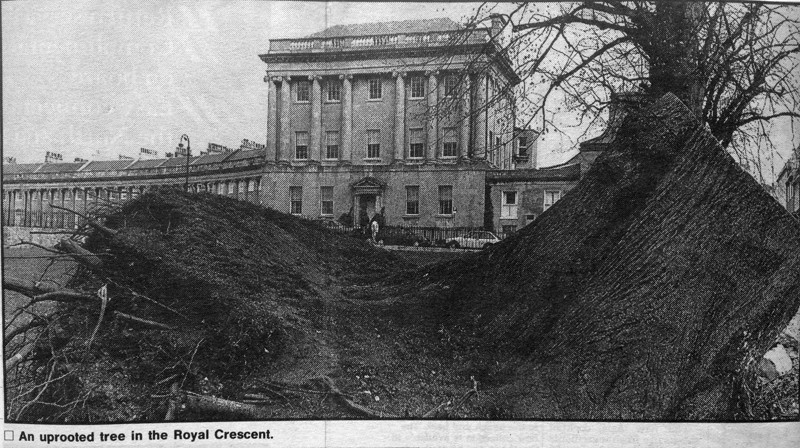 I’m kicking myself a little because I saw an interesting article a while ago about camera security, what measures can be taken to help prevent theft, some of the security options available to buy and all that kind of thing, but of course I neglected to bookmark the article and now it’s lost in the sea of pages trying to sell security kit or CCTV.

That said, I didn’t find the article all that useful for myself. Ultimately if a thief wants your kit they’ll have it off you. If you’re walking through an unfamiliar backstreet of Palermo and get mugged, having your camera attached to your neck with a non-cuttable strap isn’t going to prevent you from being forced to release the gear. It might deter the grab-and-run thief, but only if they know your strap can’t be cut.  Personally I’d fear having someone grab my camera and start to run off with me permanently attached to it. I’d rather let it go than end up being throttled by my own strap.

Other options for security might involve tags, either overt ones which attach to camera cases, or covert trackable stickers which attach to cameras. These might help in certain situations, though tags on bags are a bit pointless unless your kit stays with the bags once it’s stolen. I’m not sure how likely that is.

Besides the obvious holes in the logic of some of these solutions, I don’t spend much time walking around places where mugging is a high probability. I’m not saying it’s impossible, but the larger risk for me is theft from the boot of my car while I’m having lunch at a motorway service station, so my own security measures are targeted at preventing that.

Firstly, I keep all my kit locked out of sight in the boot with no clues in the rest of the car about what I might be carrying. This fulfils my responsibility under my camera insurance policy, though of course a theft would still leave me without essential kit until I could purchase replacements. But ultimately kit is replaceable. Perhaps the biggest problem for me if someone lifted my cameras from my car would be if I suffered the theft just after I’d just shot a job. The thief would unknowingly be lifting all the day’s work as well as the tools.

So my routine if I need a comfort break on the way back from a job is to ensure I’ve removed all memory cards before I set off and put them in a pocket. Ideally I do this before leaving the site of the job so that I’m not opening the boot of my car in a service area car park, risking some nefarious character a view of the contents. This way if I am burgled, I might suffer the trauma and inconvenience of lost equipment while my client doesn’t have to suffer the inconvenience of lost images too. 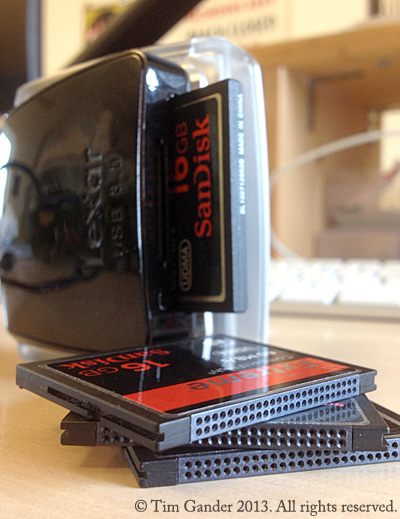 Keeping cards safe until I can transfer images is critical

I would say the most valuable asset any photographer has is the images he or she takes. Equipment can be replaced, if it isn’t rare (none of my gear is rare), but the photos normally can’t be. I take good precautions over my cameras and lenses while I’m out and about, but a simple security measure which costs nothing helps protect the images a client is paying for.

If I invest in equipment it has to be for a particular, business-related reason. I choose kit carefully and with a sensible head because there is so much lovely gear out there I could squander my cash on with no real benefit either to my clients or myself.

Once in a while though I review what I have, and kit does eventually wear out naturally so I need to see what might need replacing or updating. I have no problem with using old kit provided it works and isn’t letting me down on assignments. Sometimes investment is required for a particular project and that’s another time I look to see if buying the kit will have benefits beyond the single project, or whether I can rent the kit I need without committing to buy.

A few months ago I was commissioned to shoot a couple of hundred portraits at various locations, and while I have portable studio lighting it is quite heavy and unwieldy to transport. At the same time I knew my Canon flashes were coming to the end of their natural lives, being several years old and a few models older than the current ones. I took the plunge and decided it was time to invest in new flashguns and, due to changes in the technology, adjust the way I worked.

What I hadn’t appreciated is just how much the investment would help when dealing with often very awkward situations. Such as having to shoot business portraits in a tiny hotel lounge, crowded with furniture and with limited scope for backdrops. Or helping me create more interesting light when covering a business studies workshop event where I was moving about a lot, in poor ambient light and didn’t want to use direct flash.

One reacent situation in which the new flash kit impressed a great deal was where I was in a very dark lecture theatre at a business seminar with not a lot of space to set up any kind of lighting and had to shoot both the lectern speakers and the audience. I had a single flash on a stand at the back of the auditorium to light the speakers, but it was also enough to bounce light off the projector screen and illuminate the audience (albeit with higher ISO). Taking photos of the audience at a talk where the house lights are turned right down generally results in images which are either grainy, weird colour balance or are downright unusable. I’ve included one here so you can see what my new setup got, and this is just one of several images I was pleased with. 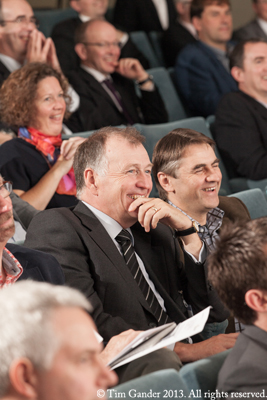 The flash is behind the audience, but the projector screen made a great reflector to light the faces. 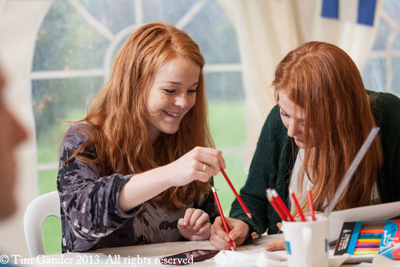 Catching unposed images can be difficult, and straight-on flash kills the atmosphere. I liked the “random light” look of this with the flash off to the side. 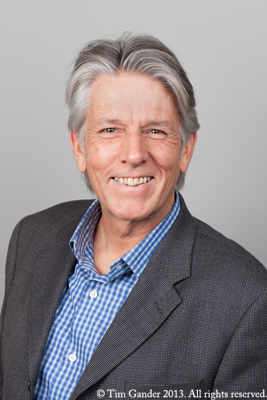 Adding softboxes to a flashgun setup allows me to work in much tighter spaces than before.

Indeed, I must apologise to my regular readers that I was unable to post last week and already it’s Wednesday of this week and again I’ve not posted anything . Until now.

The reason for this interruption in service has been the sheer volume of work I’ve had on. This is indeed to be welcomed, but has left my fans somewhat neglected. Some possibly bewildered and upset. I suppose Justin Bieber fans must experience similar disappointment when the wunderkind of muzak stops tweeting for longer than 30 seconds, but since this has never happened I guess we’ll never know.

Which brings me not very neatly to the subject of this week’s post, which is the fulfilment of a promise I made to give the Frome Wessex Camera Club National Salon of Photography 2013 a plug as well as the camera fair on November 3rd. I reported on the April fair this year and I’m sure the November event will be another good chance to grab a bargain, drool over old Leicas and people watch.

I must confess I’m less up to speed with the photo salon, but looking at last year’s entries there are some impressive results there from sports action, to portraiture and wildlife. I’m not a fan of the more processed images, but have a look around the various categories and judge for yourself. Maybe you’d like to enter this year? Best get your skates on because the closing date is October 31st 2013.

On that closing note, I hope I shall be back and publishing on time next Tuesday. You have to admit the uncertainty is pretty gripping.