Those of you who’ve been following my personal projects will be aware of Found Notes, a series of photos of found notes, lists and illustrations which my good friend David Evans has collected over the past 26 years (and counting).

If you haven’t been following it, take a look here.

Well here’s s fun turn-up for the books. Amongst David’s collection was a series of what we came to call Affirmation Cards – handwritten colour-coded cards, each with a single word on the front face (Career, Life, Love and so on) and some kind of affirmative message on the back.

When David dropped off the main batch of notes for me to photograph, he hadn’t realised one of the affirmation cards was missing. There was no way of knowing, since they weren’t indexed, numbered or anything. He only discovered one had dropped out of the set when he found it behind his desk while hunting for something else.

So this card had been lost, then found, then lost again. As I wasn’t going to see David for a while he posted it to me, but it didn’t arrive. So then we considered it lost again. That is until this morning when, some three months after he posted it, it arrived in the mail. And so this note has been lost, found, lost again, found again, and finally lost and found again.

This note is the most lost and found note of all the Found Notes. Now all I have to do is look after it until I get a chance to photograph it. I’ll just leave it on this pile of paperwork for now… 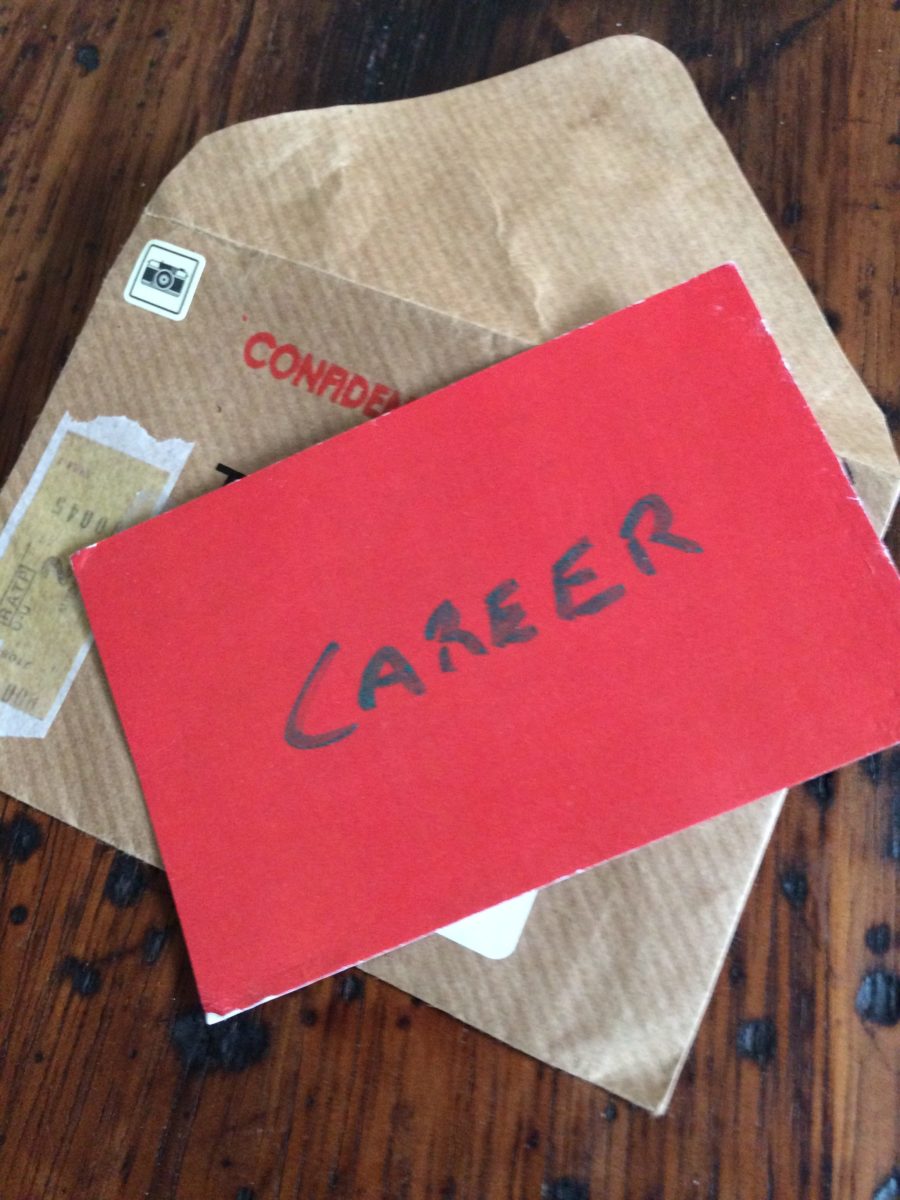 The most lost and found of the Found Notes
in My News / Personal Work 0 comments
October 11, 2019  by Tim Gander

I took a little break! Well, it was partly a break but also a great opportunity to do some personal photography work too.

My wife, Helen, is a freelance musician and she had a gig come up in the Italian city of Bologna, which I highly recommend if you haven’t already been.

So we took the opportunity to travel out together because we’ve not really had a break this year, and while Helen rehearsed I was able to take to my feet with a couple of film cameras to explore the city and find themes to develop.

I’ve no idea if the images I shot will come to anything as I’ve not had time to process the films yet, but I needed to be somewhere other than home, exploring new possibilities and just clicking the shutter to get my brain cells working creatively once more.

Had I been purely a tourist I would have done all the touristy things (though I did make the hike to the Basilica St Luca which gives excellent views over the city), but I prefer to see a place as its inhabitants see it, so I was quickly off the well-trodden hot-spots and finding myself in the grittier student quarters; Bologna boasts Europe’s oldest, continuous university.

Bologna is a very lively city, helped on this occasion by the Feast of St Petronius (also the reason for Helen’s gig) which brings crowds of devoted Catholic visitors to the city, which seemed to coincide with a large number of university graduations.

We had less than a week there and I found my interest flitting from the abstract to tourist activity to the bustling night life. It was more of a mental/creative workout than a structured approach with a particular theme in mind. If I’d had longer I could see themes and stories I would have liked to have pursued, but maybe that will be a good excuse for a return visit.

I’m just attaching a selection of phone snaps to this post, but I hope to make some of the film work available in future.

In the meantime, SALUTE! 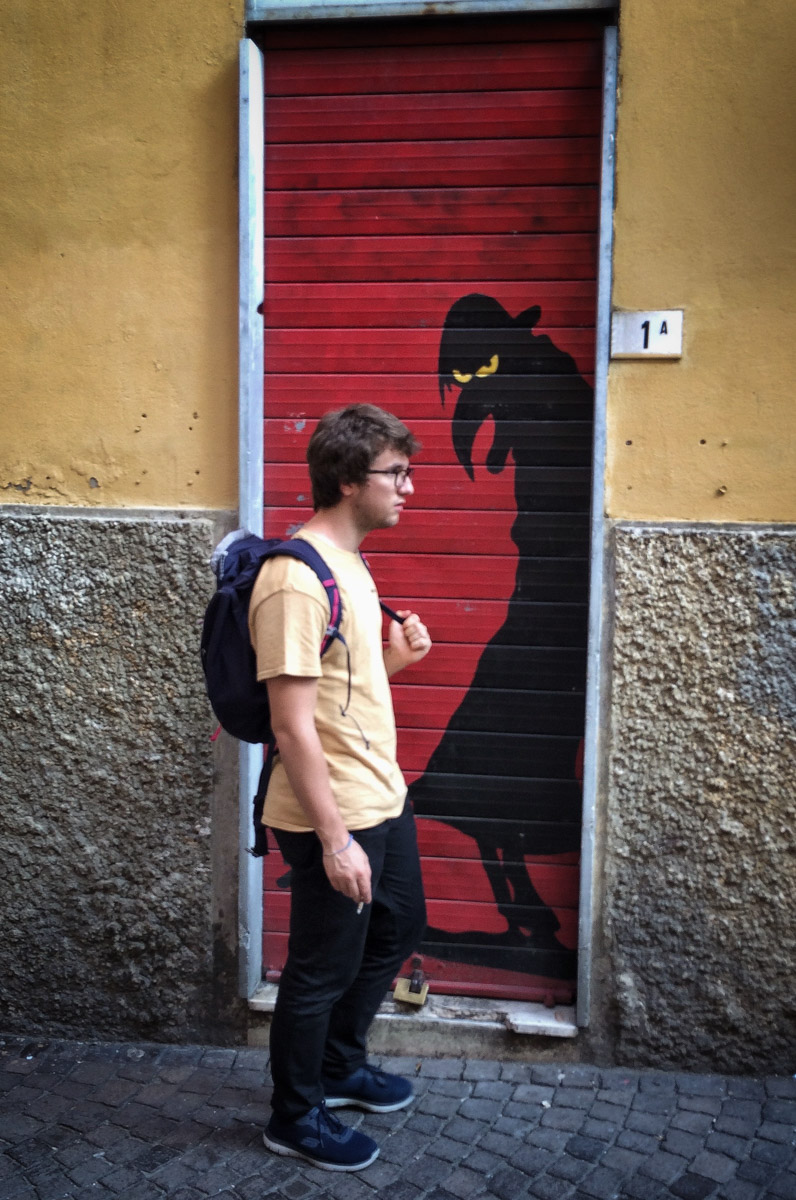 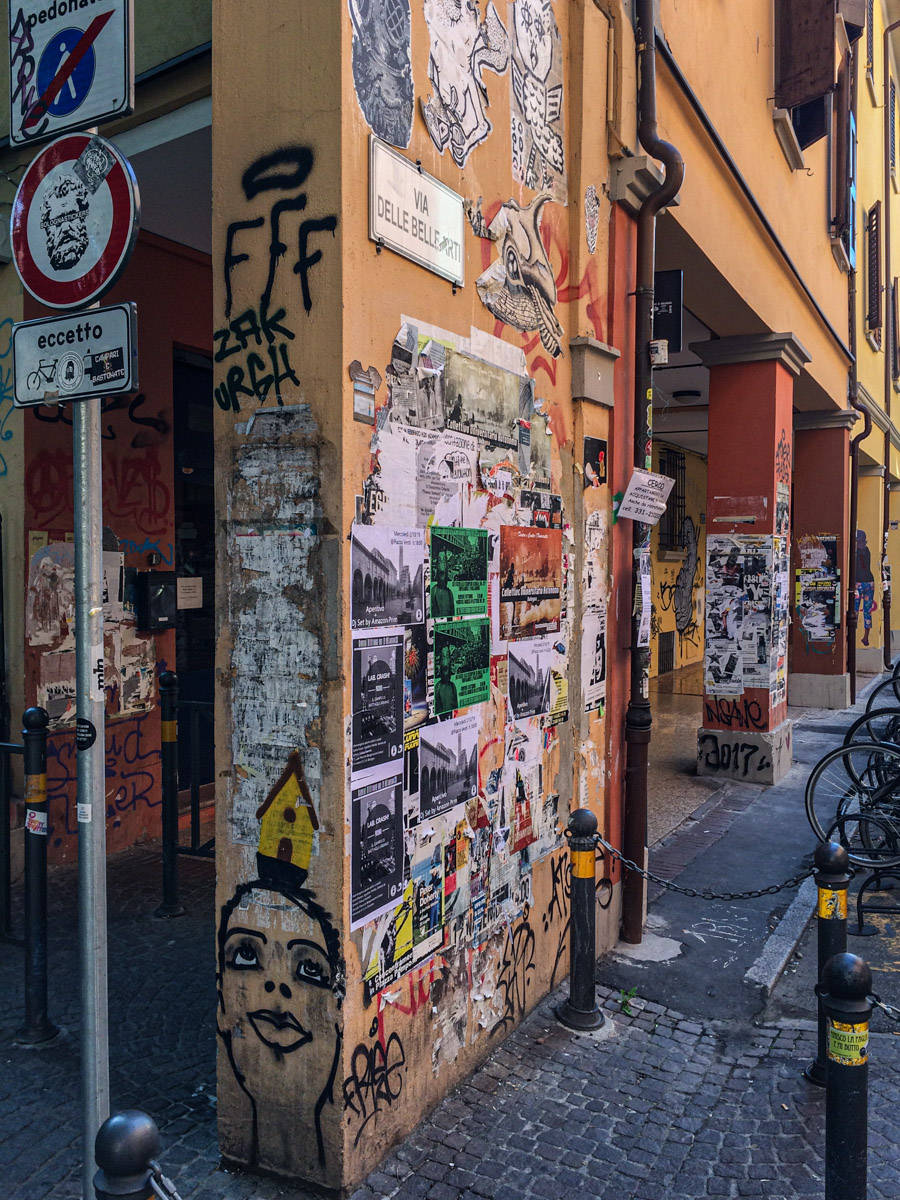 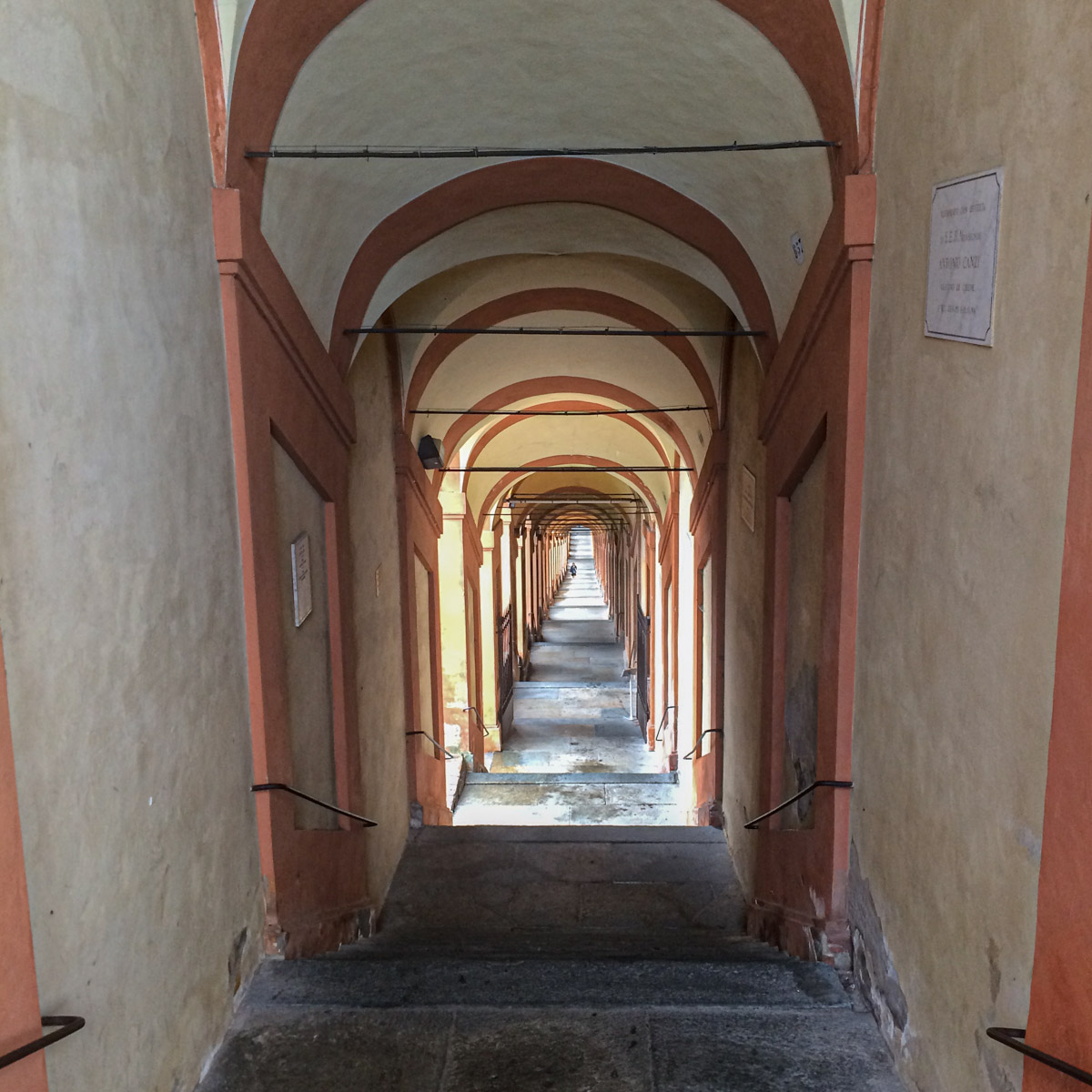