Here’s an interesting statistic (sorry, I meant to say “here’s a statistic” since statistics cannot, by definition, ever be interesting); while the Retail Price Index shows inflation to be up to 3.7 in December, on camera and video camera equipment it’s dropped by 17.8% (according to the BBC).

Interesting, in a cure for insomnia sort of way, but bear with me. This is going somewhere.

Prices did rise in 2009/2010 due to the strong Yen, or weak Pound, I’m not sure how these things work, but even if the currency markets reversed, that’s a heck of a difference. And while other luxury electricals also suffered deflation, none of them came close to this figure.

So what’s going on? Professionals hurting so bad they’re making their kit last longer? Amateurs getting fed up with shelling out for more pixels every 9 months? Micro-stockers finally realising they can never recoup the cost of their kit?

I doubt if any of these factors could have this kind of effect in isolation, but put the professionals, amateurs and wannabe micro-stock photographers together and they account for the entire market.

The figure reported by the BBC doesn’t separate video camera prices from SLR/compact camera prices, and I’ve no idea what’s happening in the video market so let’s pretend it doesn’t exist.

But if prices have tumbled, and may still be tumbling, what are camera manufacturers doing to fight back? Personally I think their tactic is to use advertising to mine peoples’ gullibility to new depths.

This example is a quote from a Samsung press release regarding some new lenses, “These are products that a professional photographer would be proud to use, but we make them so easy to use that a novice could get amazing results every time.” No matter what the lens is pointed at? Wow!

From various Olympus blurbs for the Pen series of cameras, I quote: “Loved by pros, Made for you” and “Itching to take professional photos but intimidated by SLRS?”

If you haven’t detected a trend yet, here’s the strap-line for the Sony NEX-5: “Performs like a pro, feels like a compact.”

What the manufacturers are trying to say is that with their latest piece of electronic wizardry you too can take photos like a pro. I can’t recall which manufacturer used the strap-line “Take pictures like a pro, but without the hassle” but it struck me that there was a new shift in emphasis here. Trying to convince people that it’s the camera, not the photographer, that takes the picture. If you just have the right tool. If I had the right piano, I’d be composing like Beethoven. Doesn’t matter that I don’t know one end of a keyboard from another.

But it isn’t just the public that are being wooed with ever more ludicrous promises. Note this nonsense from Zeiss’s press release for one of their lenses:

OBERKOCHEN/Germany, 01.09.2010. : A woman is sitting at the bar of a dimly-lit cafe. Lost in thoughts, she doesn’t notice the glass of wine the bartender places before her. From a distance, a photographer tries to capture her mood. He brings her face, which is leaning toward her phone, into focus. Everything around her becomes a blur, and the lights in the background coalesce into a wild “dance” of diffuse shapes.

This shot will only work with a fast lens with short focal length and harmonious bokeh. Carl Zeiss introduces a new lens for just such images: the Distagon T* 1,4/35.”

The press release should continue, “shortly after taking the shot, the photographer is wrestled to the ground and kicked senseless by undercover security officers mistaking him for a terrorist/pervert.”

Oberkochen? Overcooked more like. My tip, don’t believe the hype. 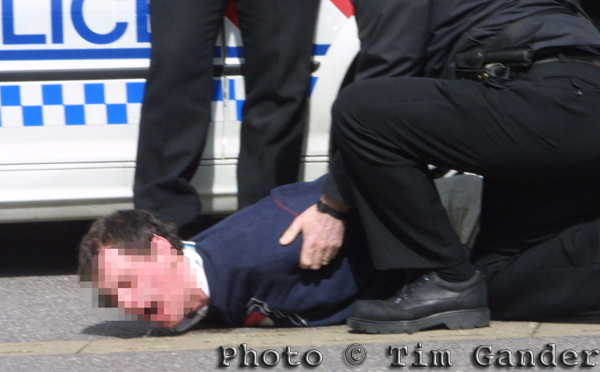 Bob knew he shouldn’t have tested the new Zeiss lens in the ladies’ changing room.

How to make a photographer drool.

I can’t say I’m a fan of Top Gear, but there’s something about it that draws me back, resentfully, to watch each week. Usually on catch-up TV because every week I tell myself I won’t watch it and then crumble by Wednesday and sit there chortling like a.. a Mexican with jumping beans in his sombrero. Is that suitably non-PC?

It’s so stupid. The cars they review are far beyond the means of all but the most disastrously failed banking CEO. The humour is laddish and xenophobic (I’m half German and one more joke about BMW satnavs only being able to find Poland and I’ll be writing a stiff letter to the BBC).

The photography can be brilliant, but usually it has a Photoshop-on-acid look which I think has become self-mocking and clichéd. In fact, why do I watch it at all?

But I digress. The reason for my mentioning TG at all (oh look! same initials as me. I only just noticed that) is that I sometimes wonder if a similar format could work for a TV-based camera review show. It could still be called Top Gear, though I think the BBC might have a lawyer look into that, but it would also share other values of the motoring show.

Boys toys with eye-watering price tags being reviewed by paunchy middle-aged men trying to be laddish. Overuse of colour filters and vignettes. Shiny things. They could have the star with the reasonably-priced SLR to see how quickly they can shoot around a track(tor). Sorry about that joke, it physically hurt to write it. 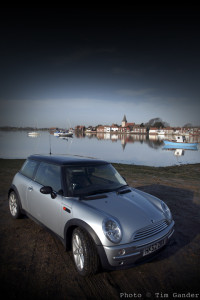 Then there’s The Stig: “Some say he can view a photo on flickr without commenting on the bokeh; others that he once ate memory cards with milk for breakfast.”

Three presenters, all male of course because just as women don’t drive they also don’t take pictures. They’d be boorish and full of themselves, though quite where we would find such personalities among British photographers, I’m not too sure.

And of course the real stars of the show would be the cameras. The reviewers would mostly concern themselves with testing the difference between the likes of a Hasselblad H4D-60 with 50-110 zoom lens at just over £35,000 and a Leica S2-P with 70mm lens bundled in at £20,500 (and some spare change). Provided you have to be royalty or a dictator to own the gear, they’d review it.

Naturally they would review more modest cameras, but anything much under £1,000 (no kit lenses included) would get a brief and patronizing mention during the news section, except for the Fuji X100, which would have them drooling over its Leica-like shape and handling. Oh yes, handling would definitely be mentioned. As would power, drive and manual control. “MORE PIXELS!” shouts a presenter as he presses hard on the shutter release button.

Quite how you spin a Canon 1D MKIV until smoke comes out the back I haven’t quite worked out yet, but I know it would be fun to watch. Damn it. I’m a fan of Top Gear, aren’t I… 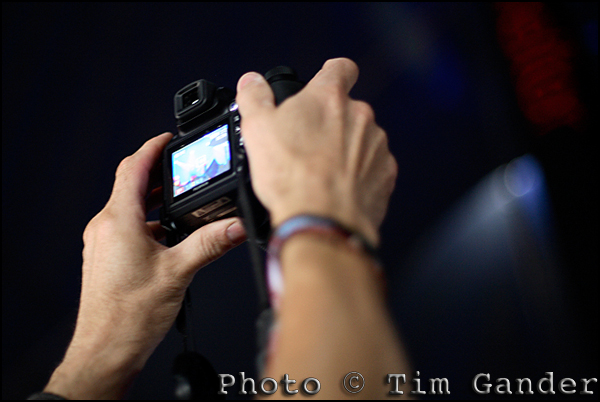