My Year In Pictures

This being my last blog post for 2013, it’s time to do the annual round-up of pictures (YAAAAAY! – I don’t hear you saying).

It’s been an interesting year though, with a mixture of former clients returning and new clients finding me and becoming new regulars. In fact it’s probably been my busiest year since I went freelance 15 years ago, but I’d say the variety of work has narrowed as I’ve been doing far more corporate headshots than ever before.

Rather than showing you a business portrait for each of the twelve months, I’ve dug a little deeper for a mixture of shots including one or two personal ones, un-commissioned by clients.

Of course I would like to extend my heart-felt thanks to each and every client that has booked me this year and I very much look forward to working with you again in 2014.

Thanks also to all my beautiful blog readers (yes, I can see you, you lovely, lovely people). I hope you’ll stick with me for another year and put up with my overt self-promotion, my rants and lucid musings. If I could hug you all I would.

All that remains to say is happy Christmas and have a fantastic New Year. I think my next post will be January 7th, so see you in 2014! 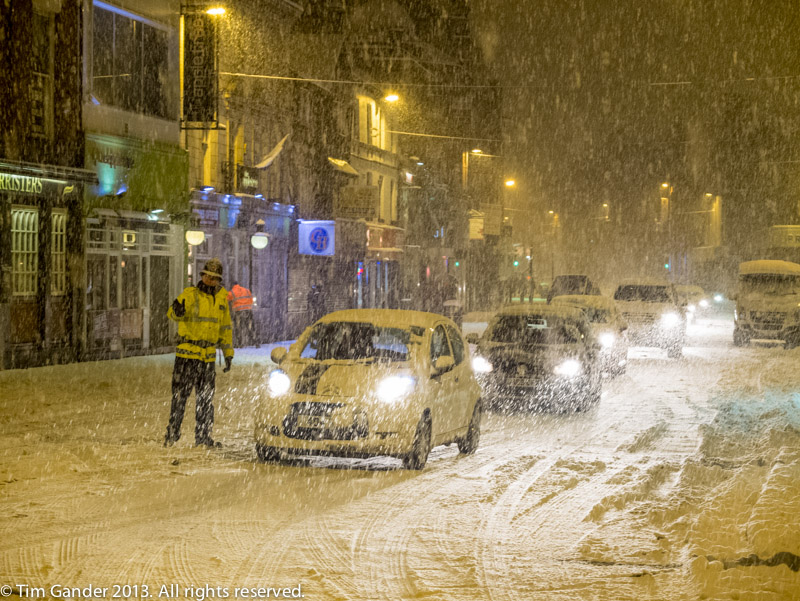 January: Bolton is hit by a blizzard and traffic grinds to a halt 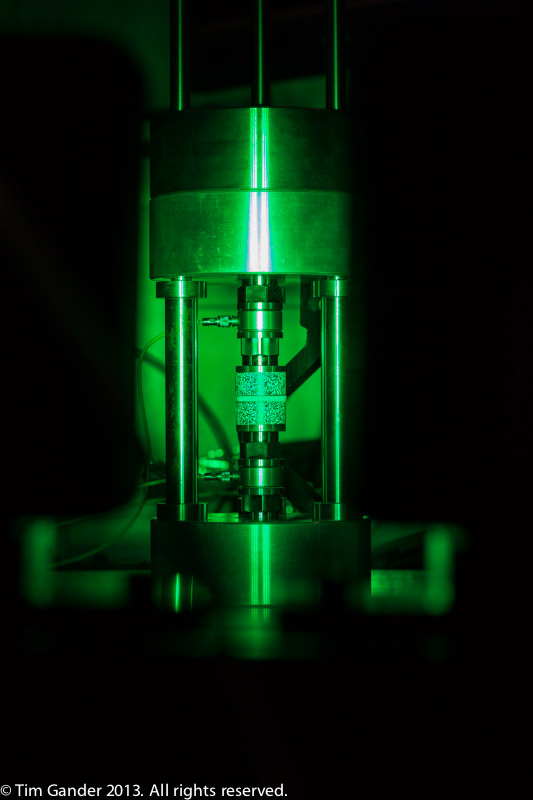 February: No, I have no idea what it is, but I can tell you it’s a highly sophisticated piece of technology at Porton Down 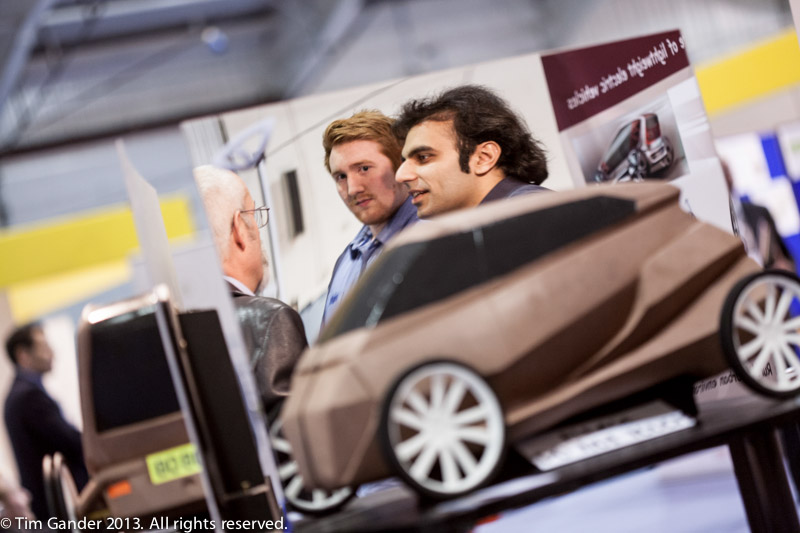 March: At the Renewable Energy Market Place event in Exeter, two designers explain their concept vehicle to a visitor 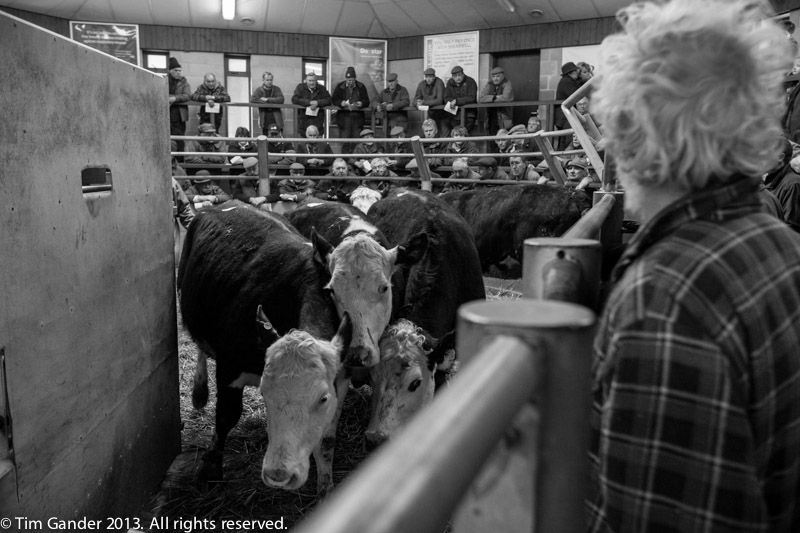 April: From my Standerwick personal project, cattle come through the gate at auction 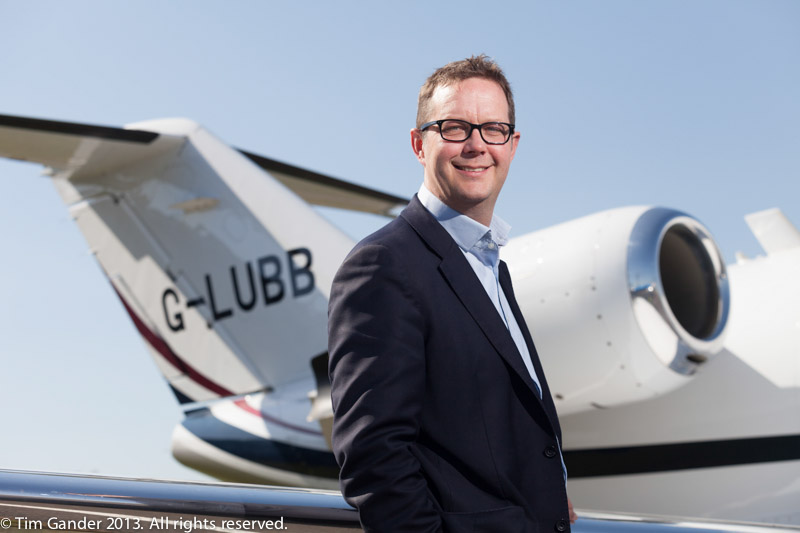 May: Phil Brockwell of Bristol Flying Centre poses in front of one of his Citation 525 jets for a trade magazine cover shot 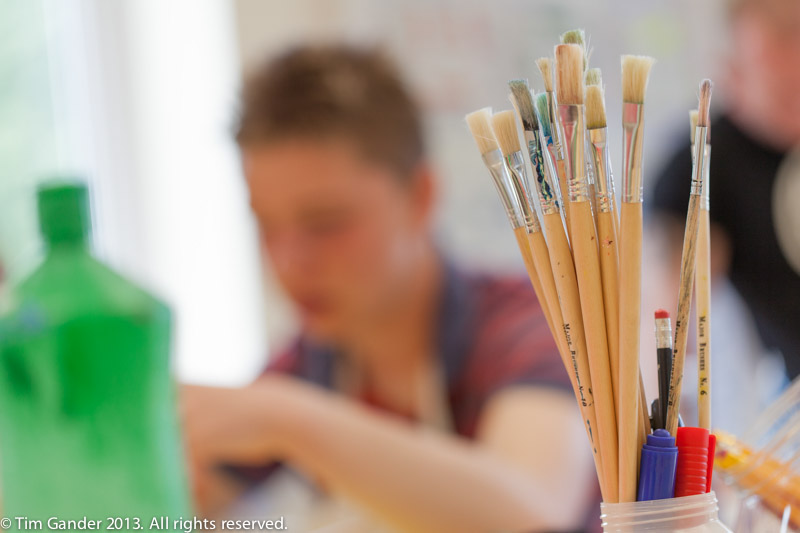 June: A shoot for Cornerstone Schools requires use of blur to obscure subject identity 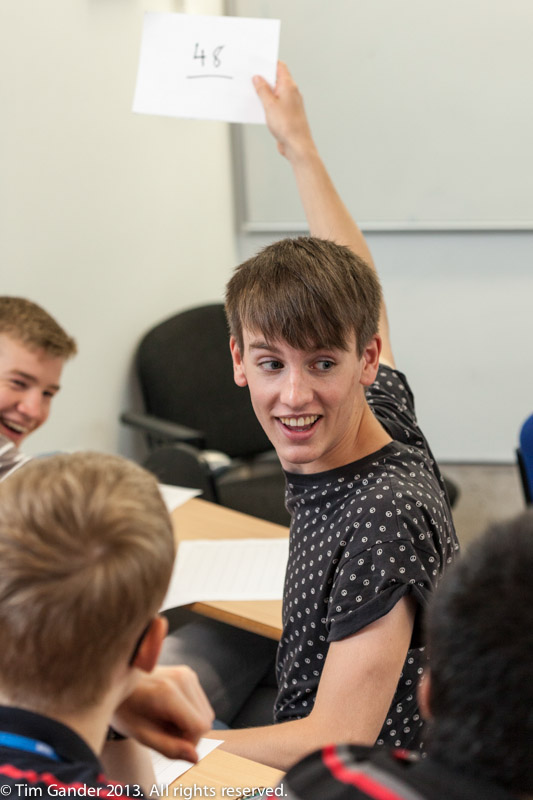 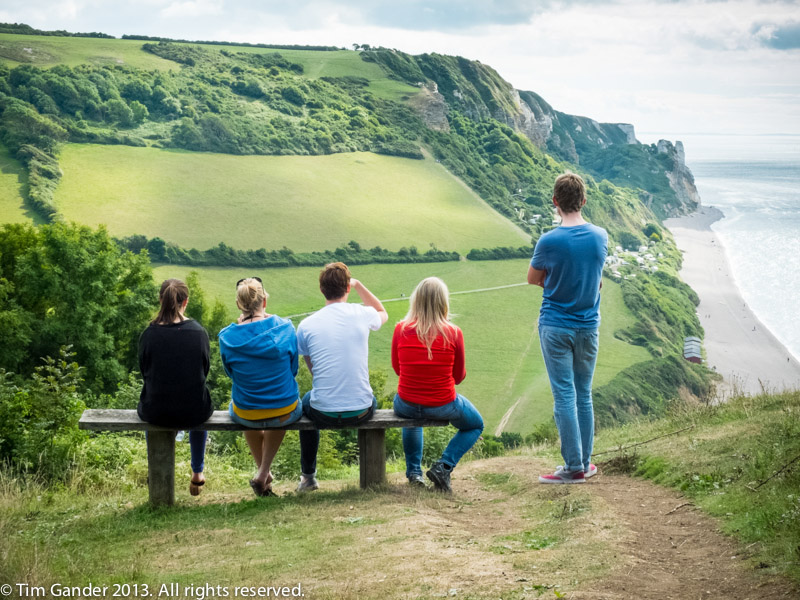 August: A weekend break results in a 74 mile cycle ride to Branscombe with office colleagues 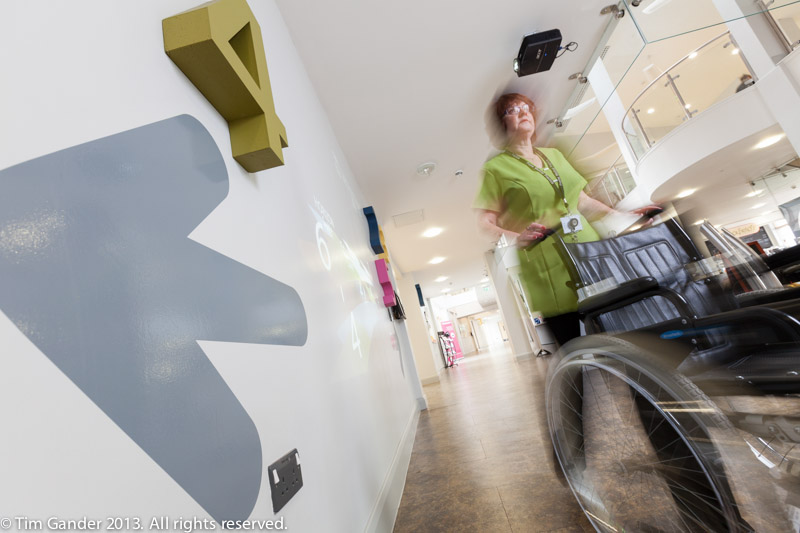 September: Tasked with photographing the plaster-work of a contractor, I had to make a wall at Frome Medical Centre look interesting 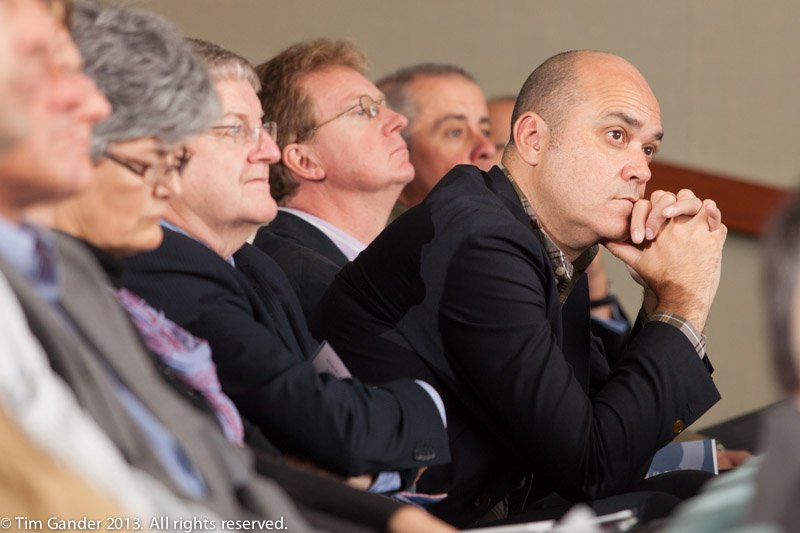 October: It’s not always easy to find interesting images at a business symposium, but this audience member does at least look interested in the presentation 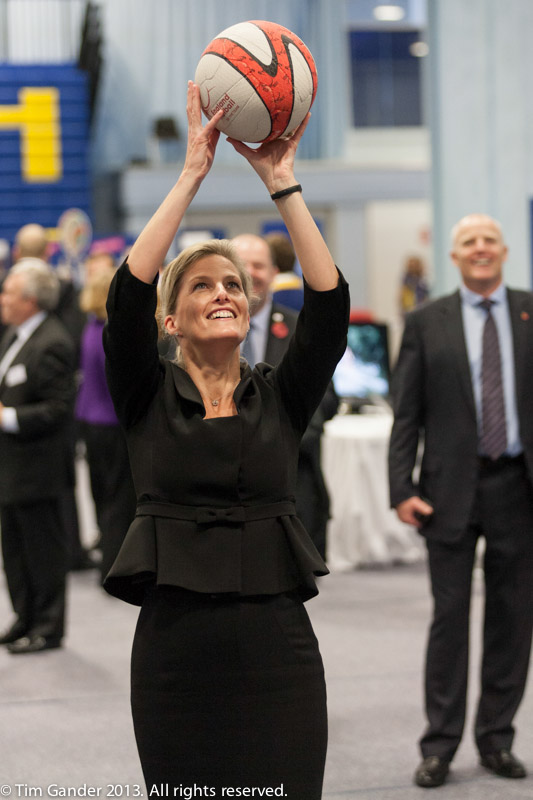 November: Sophie Wessex takes a shot at netball during a visit to University of Bath in which HRH Prince Edward was installed as the new Chancellor 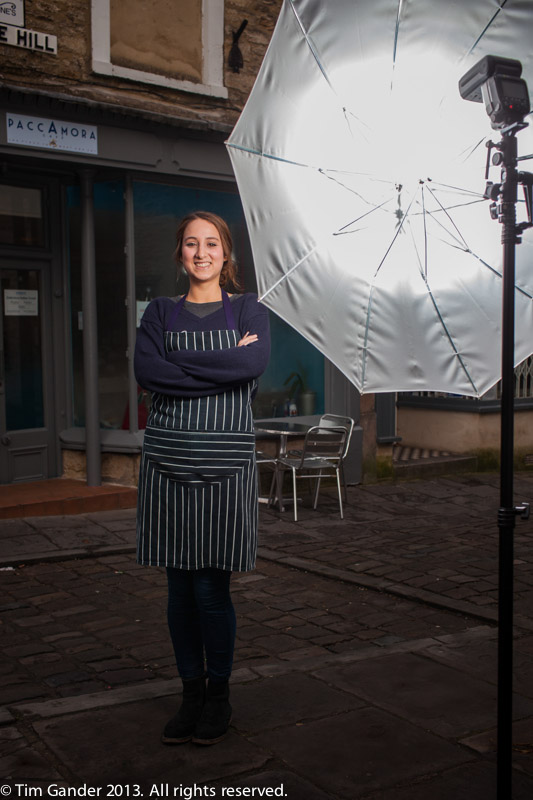 Well ok, I don’t know if the milk from the cows I featured a few weeks ago went into this particular butter, but it would be lovely to imagine it did because this is butter which won gold in the Danish International Food Competition, a competition the Danes have won consistently for the past decade. Rather like beating the Australians at cricket *ahem*, moving swiftly on… 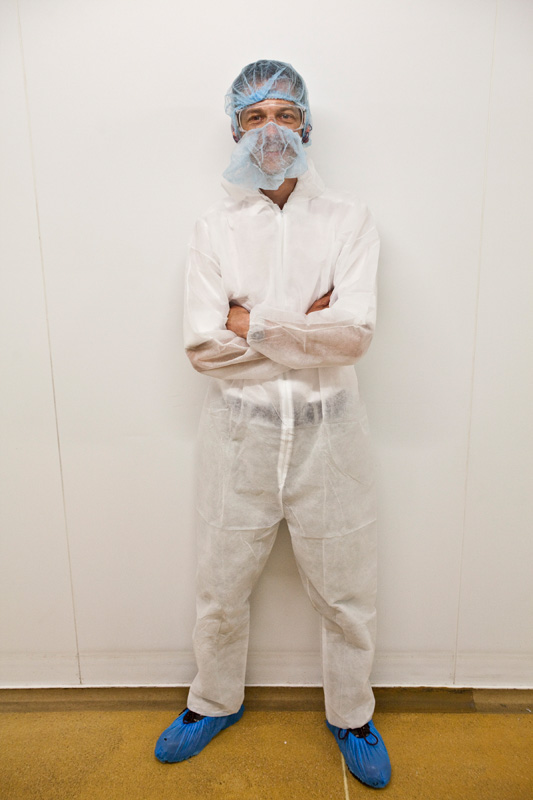 On my first trip to the site, suited and booted for a visit to the production floor

I’ve been to Westbury dairy a couple of times now, and it’s always fascinating from experiencing the extensive hygiene regime (I have to scrub in at least twice, and even the feet of my stepladder and lighting stand had to be dipped in disinfectant bath) to seeing the incredible production line, with packs of butter whooshing around like the buttery equivalent of Willy Wonka’s factory.

The brief on this one was to get a punchy, upright shot for the company magazine. Group photos rarely make good upright shots, but I don’t mind a challenge and luckily it wasn’t a vast group. The lighting in the factory is very mixed, and can make everyone look very yellow, so I used two flash heads to cover the group and the gubbins around them in order to reduce the colour cast.

The shoot went incredibly well, with the production line chaps being very friendly, patient and obliging, though my throat was a little sore after from having to shout instructions over the noise of the machinery. Plus we all had to wear ear defenders, making communication that bit harder, but we got through with shouting and sign language.

So next time you buy Asda Unsalted English Butter, you know it’s not only local, but an international winner. I might even have photographed it! Mmmm, famous butter really is the best. 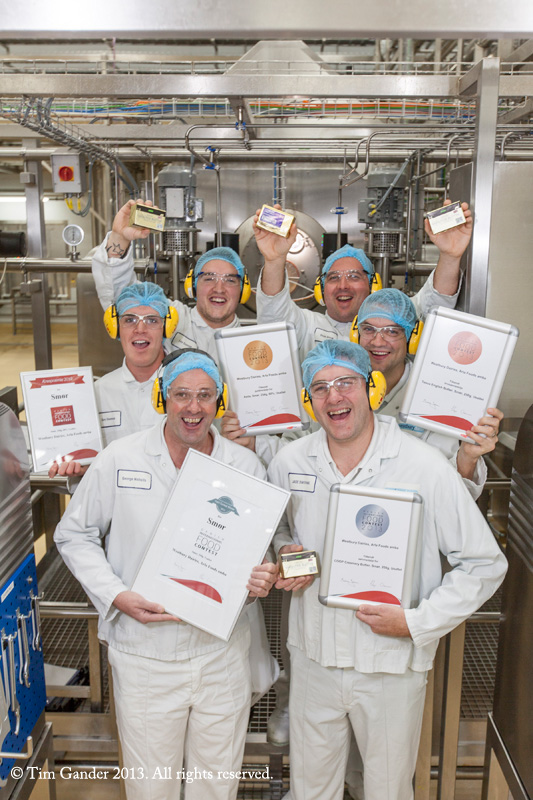 Street photography, in the strict sense of “Street Photography” isn’t something I do very often. I might take photos in a street, but Street is a genre in its own right and I can’t devote enough time to it to ever consider myself a street photographer. Besides, it seems to have rapidly become another over-used term by people who just want to justify buying a nice retro-style camera so they can pretend to be William Eggleston or some such.

There are photographers who have built entire careers on walking the streets, spotting moments and coincidences and photographing them. They make their living from selling the images in books or as fine art prints. They might get paid for spreads in magazines, or editorial and commercial commissions on the strength of their style.

I suppose what defines a street photo over its closest relative, stock, is that stock tends not to be as free-form. Street should make the viewer consider the contents and the “message”, where stock tends to be more illustrative.

Street’s second-closest relative would be editorial (in the journalistic sense), but this is different again because the usual task for editorial is to tell a story. Like stock, editorial can be simply illustrative, but can also be more free-form and artistic, but is always confined to telling a specific story.

Street can be random, story-less, artistic, silly, funny, shocking, thought-provoking without any of the tethers which confine other forms of photography. I suppose that is what makes street photography intriguing for me on the odd occasions I do get to spend time shooting it.

Perhaps… no, scrub “perhaps”; I know another reason I don’t do much street photography is that I’m not that comfortable with it. Taking someone’s photo in the street when they hadn’t got up that morning intending to be photographed does carry certain responsibilities for the photographer. Unlike news, where you find yourself photographing someone who might not have been expecting it (but where the reporting of a story makes the photo imperative), taking a street photo is almost always optional, though I’d not want to live in a world where it is outlawed or non-existent.

In a nutshell, my discomfort in taking street pictures boils down to permission or lack of from those I capture on my camera; Ask permission before taking a photo and you lose spontaneity. Ask permission after and you risk promoting the notion that taking photos of people in public requires permission. I don’t never ask, but it does depend on the situation and context.

My approach depends very much on the situation, but above all I avoid images which mock the subjects. That isn’t to say all my shots need to be humourless, but I won’t photograph someone just because they look different or strange. Looking at the limited number of street shots I’ve taken I would say on the whole I include people as a way of adding interest to the scene, rather than making the people the main focus of the image. The people are always pretty un-remarkable to look at, but without them the shots wouldn’t work.

A photo I took last week was made very much with this intention in mind, but one commenter on Twitter gave me pause for thought as they felt I’d shown a lack of respect to the person in my shot. Now perhaps it’s compounding any indiscretion I may have committed by showing the photo here, but I’d like to know what others think and I can’t do that without publishing the photo again.

I’m not looking for praise of this photo. I’d rather be told it was worthless than have to read lots of “nice capture” nonsense. If I wanted that I’d join flickr. But I would be interested to hear from anyone who feels I shouldn’t have included anyone in this shot. So fire away, tell me what you think. 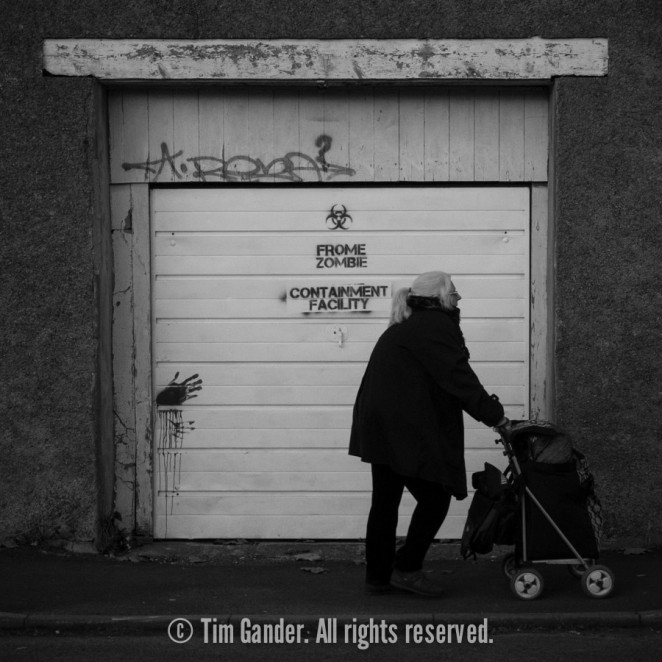 The viewer’s interpretation is more important than what I intended them to see. Or perhaps the photo never needed to be taken