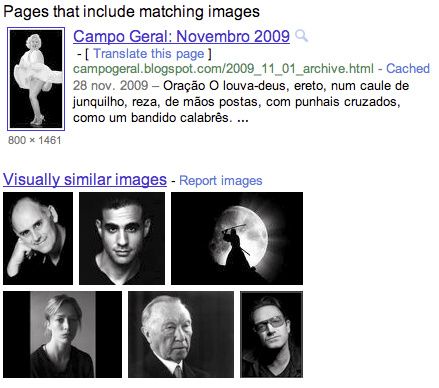 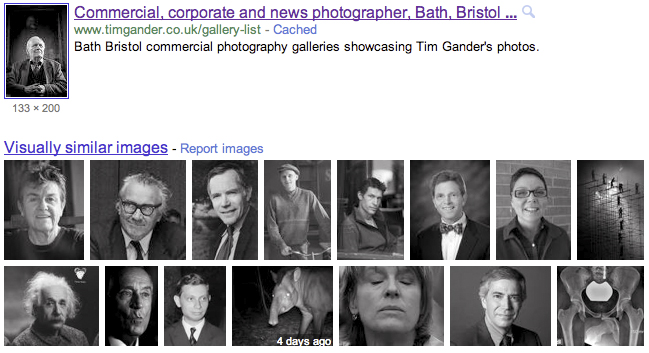 Isn’t Facebook wonderful? One minute you’re merrily promoting your fashion/corporate hospitality/events/recruitment/Nigerian food business, building up follows and likes, the next it looks like Jack Nicholson a-la “Here’s Johnny!” has been at your page with an axe.

Exactly this scenario befell Eagle & Thistle, who apparently run a fashion/corporate hospitality/events/recruitment/Nigerian food business (clearly wishing not to be pigeonholed into one sector).

All was going well until they sent a letter out to some (a?) photographer asking if they would be interested in working for free. What an opportunity! Of course the opportunity was too good to miss. The opportunity, that is, to expose Eagle & Thistle as gouging scroungers who thought photographers would love to work for a commercial business for nothing.

Here’s the letter they apparently sent:

“I am contacting you regarding two small shoots that we have coming up at Eagle and Thistle for images we require for our up and coming website. (Please see our facebook page for more info on the company http://www.facebook.com/pages/Eagle-Thistle-Group/201311073242812).

We need four images to represent each area of the company; Fashion, Food, The Eye and Recruitment.

We are hoping to do one of the shoots on Monday the 4th July in a studio for three images; one for fashion, one for food and one for the eye.

The second is for the recruitment section which will be held in an office/meeting room. If you are happy with moving location on the same day we can do that or if not Tuesday or Wednesday would be great.

We would also like retouching done within two-three days if that would be suitable for you.

Unfortunately this job would be unpaid but it would provide great experience and images for your portfolio to work with a huge up and coming company.

More details of the shoot such as moodboards and briefs will be available should be you interested in working with us.

Before you could say “let’s do some really bad PR today” photographers had exchanged the tempting offer across a number of social networking sites, and the Likes and comments on E&T’s Facebook page went into overdrive.

Unsurprisingly, it wasn’t as a result of photographers stumbling over each other to get the unpaid commission. The red mist had descended and E&T’s PR went a bit spoggley. Not only were they getting vitriolic comments from angry photographers (yours truly included), but they didn’t realise what was going wrong for several hours. According to a E&T statement, they were made aware of the situation on their FB page via a phone call. Since Facebook is currently their only real marketing tool at the moment, you’d think they would have been monitoring it a little more closely.

Once they spotted the mess they were in they were quick to apologise, closely followed by disengaging from all their Likers and deleting comments that didn’t quite fit the E&T image. Then removing the apology, because with all the comments gone it no longer made sense. Nice way to do PR.

As for the shoot which should have happened today, presumably the results will soon appear on this holding page, replacing the photos which E&T are already using, for which you might hope they’ve paid or got permission.

In the meantime, enjoy the embedded video, which I think really sets the quality benchmark for this “huge up and coming company” who apparently are helping fashion label Bunmi Koko (no sniggering) with forthcoming events. Good luck, BK, but keep an eye on your Facebook page…

As a bonus treat for you all, I’m including some of the choicest comments from the Facebook page as well as the apology, because I know E&T would be mortified to think they’d permanently deleted them all. Just click to view:

Following the publication of the above blog article, I was contacted by Anthony, general manager for Eagle & Thistle to discuss the background of the original request for free images, and the resulting backlash through Facebook and other forums.

Having spoken to Anthony it seems clear that the original request was made more as a result of inexperience than out of malice, and I’ve explained to Anthony why so many photographers (myself included) were so angered by yet another request for free imagery.

According to Anthony, some comments made directly to him were extremely aggressive and included racist comments and death threats. I would like to assure Anthony that such comments would not be condoned by myself nor by the vast majority of professional photographers, in fact I hope not by anyone, photographer or not. Race isn’t what this blog article is about and racism has no place in our industry.

I have advised Anthony that if such threats have been made that these should be notified to the police. If anyone attempts to make threats via the comments section of this blog they will be blocked.

Furthermore, Anthony would like to make the following statement on behalf of Eagle & Thistle:

“Eagle & Thistle is a startup business finding its feet and learning as we go.

Last week we sent an email to a photographer asking if he would be able to undertake a photo shoot for our website, but with no resources at our disposal we couldn’t offer payment. And though the content of the email wasn’t meant for wider consumption, it never-the-less became public and resulted in a backlash against us.

We realise now that this request was naive and ill-considered, that photographers also have to make a living, and that quality photography is what helps businesses to establish and grow their reputations.

In light of this we wish to make it clear that from now on we will endeavor to work ethically with all our suppliers, in the same way we hope our clients would work with us.

We apologise for having thought that photographers should offer services for free, and hope that in future we can build good working relationships with all our suppliers, including creative professionals.”