A new review into the future of UK press journalism was announced today and although I fear it may be too late, it’s welcome to finally see the issue being tackled at government level.

The independent review into the future of high-quality journalism in the UK, chaired by Dame Frances Cairncross, has issued a call for evidence from organisations and individuals and will look at the causes of the startling decline hitting the industry. 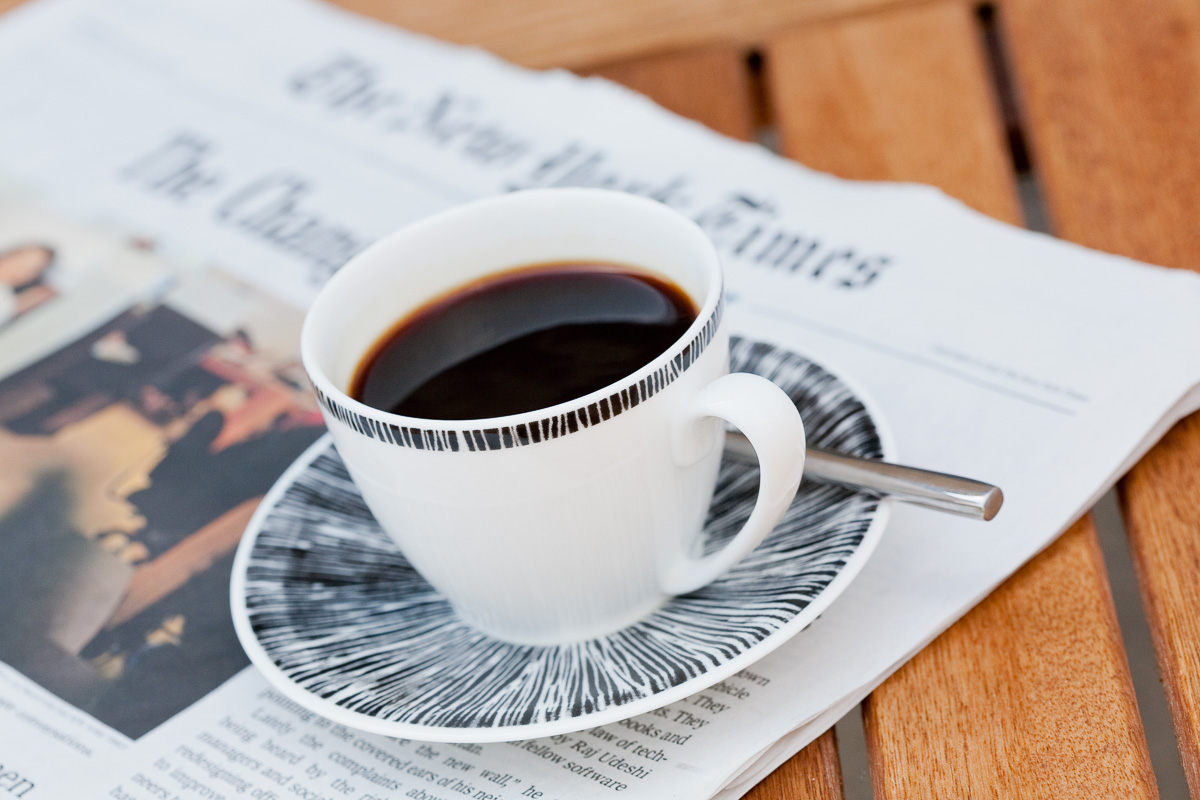 We're out of the habbit of reading newspapers. Can this be reversed?

The review will look at issues such as the decline in advertising revenue, the effect of social media, the consequences for the press from a national to a local level and what might be done to ensure a vibrant press for the future.

I happen to believe, and have said for many years, that what has happened to the press (in particular the regional and local newspapers) over the last two decades has become a threat to open justice and democracy, with court proceedings and local government council meetings being seen as too expensive to cover.

The subject is huge and the solutions not entirely clear. Of course I would love to see a return to high-quality local and regional journalism, with good quality news photography being part of that mix.

I may sound like a broken record when I talk about photography again, but it’s incredible that in an age where images (and especially high quality pictures) are the bedrock of the popularity of some of the biggest social media platforms, local news outlets have forsaken the model of using creative, informative (but paid-for) photography in favour of boring, badly executed free content.

On the odd occasion I find myself in Germany or Austria I make a point of picking up the local papers and am astonished at the difference. Beautifully-produced broadsheets on high-quality paper with professional photography appear to be doing just fine and they’re packed with classified ads too! This may be because the internet is English, or perhaps it’s a cultural pride thing. Perhaps this review will look at Europe for ideas.

Of course the internet has had a massive impact on journalism in this country, but the foundations of this decline were put firmly in place by the short-sighted and often greedy management teams which bought up smaller publishers like they were on a supermarket trolley-dash, then asset-stripped stripped them to make their money back. I won’t bang on, it’s a subject I’ve tackled before and I won’t bore you with it again today.

Hopefully, as readers of my blog (isn’t blogging part of the problem?), you’ll be keen to put your own views to the committee via their call for evidence. I certainly shall because I think it’s high time this issue was tackled seriously and not just treated as a victim of “progress”.

For more information, take a look at the announcement page, but it’s all summarised on the call for evidence page too.

There will be acres of coverage in print and on the web about the ending of the “tradition” of a topless female on page 3 of The Sun, but for what it’s worth here are some of my thoughts. I should qualify this article by saying I don’t think I’ve always been the “new man” I’m painting myself to be here, but I’ve always found Page 3 to be rather weird (a word which crops up a few time in this article).

Back in the days when I often had to buy The Sun and other papers as part of my job, I was never especially comfortable opening the cover page and being confronted with bare breasts. It wasn’t the breasts per se, I’m not prudish about toplessness or nudity in the right context, and I don’t carry a napkin with me in case of a breastfeeding emergency in my local cafe.

I think what always made me feel awkward when reading P2 or the other stories on P3 was the rather bizarre context-less context. Let me explain further; the models themselves were mostly flat-lit and posed against a garish backdrop, which left them with little personality. They never looked entirely comfortable to me and the poses and the pointlessness of their being in the paper at all frankly made it all a bit, well, weird.

Sometimes they were posed in front of a plain colour backdrop, other times a faked out-doorsy sort of a thing, which looked even weirder. The studio style changed over the years, but it was always with the intention of putting a topless woman in a completely abstract context without any effort to apply any artistic values.

Of course if you’re going to run a topless model photo every day (setting aside the question “why would you?”), it inevitably becomes a sausage-machine process and art will go out the window, sacrificed on the altar of repeatability and efficiency. Which further degrades the integrity of the model, the photographer, the images and the licence to justify the whole exercise.

The other problem of context is that in which the paper would be read, often in public or in a place visible to the public, or in homes with children. If you’re looking at a photo, painting or sculpture of a topless woman in an art gallery it’s within the context of considering art for art’s sake. You might not like what you see, or you might think it’s amazing, but the Page 3 photos were never art and they didn’t bring a splash of art to the page. So having them visible in public was never about bringing “art” to a wider audience. It was all about a woman being used to sell more papers. 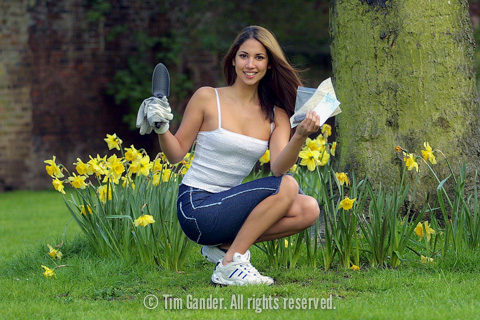 P3 model Leilani poses for a newspaper reader offer. Those are seed bags, not Class A drugs!

Now I’m not going to argue with a woman’s right to pose however and for whomever she wishes and I’ve nothing against artistic nudity. I even worked with one or two Page 3 models in my press days (not in a P3 context though), and they were professional and great to work with, but Page 3 has definitely had its day and it was never an especially glorious day. It probably started as a bit of a dare, a giggle for the blokes, but in the tobacco and alcohol-fuelled, testosterone-driven newsrooms of the 1970s, no man was going to stand up and say “actually guys, this is a bit offensive and weird really isn’t it?” They’d have been chucked out or branded a “poofter” at a time when newsrooms were full of manly men.

On the one hand the loss of Page 3 has little affect on my life. I haven’t bought or read The Sun for many years, but I’m pleased that one area of misogyny can be laid to rest. Unfortunately this has come at a time when artless, exploitative nudity in all its forms is more visible than ever. It’s a bit like blowing out the candle once the house has burst into flames, and Page 3 endures on The Sun’s website which one day will be more widely read than the printed version, which you might be comforted to know really isn’t that many readers in the greater scheme of things.

Bizarrely, having written in my last blog post about the Pine Range fire which I covered for The Bath Chronicle in 1991, I was heading back to my flat from a family gathering on Sunday evening to discover the sheltered housing complex on the opposite side of my building from where Pine Range once stood was surrounded by fire crews, engines and hoses. A fire had broken out in one of the flats and 11 residents had to be evacuated, with one resident being taken to hospital suffering smoke inhalation.

Aside from the obvious concern that everyone had been evacuated safely I couldn’t help feeling I should take a few photos, in spite of the fact I had a fair number of other commitments that evening, limited time and no obvious client for any photos I would take.

But the news photographer blood which still courses through me was buzzing and telling me to get on with it and at least take a few frames to offer up to the local paper. More in hope than expectation; time was a paper would have torn my arm off at the elbow for a set of pictures from an event they couldn’t get to and would happily have paid for them. Times have changed so very much though.

I don’t often find myself covering this kind of story any more. Most of what I do for publications is press release work, which of course doesn’t include things like un-planned fires. I had to pause and ask myself if it was still valid for me to take pictures at an incident if I don’t have an immediate client for the shots. I don’t even carry a National Union of Journalists card any more, having let my membership lapse some years ago.

I honestly don’t think any of that matters though. Whether or not a newspaper wants to use my photos is entirely their call. As a trained, experienced news photographer I still feel I have a duty to record events if I am able. I can’t know at the time of taking a photo whether I will have captured something banal, tragic or incredibly newsworthy. All I can do is call on all my training and experience and get on with taking pictures.

Now that local newspapers no longer cover local stories and events with anything approaching enthusiasm perhaps it’s more important than ever that photographers with the right training and skills create quality visual records of what they witness. 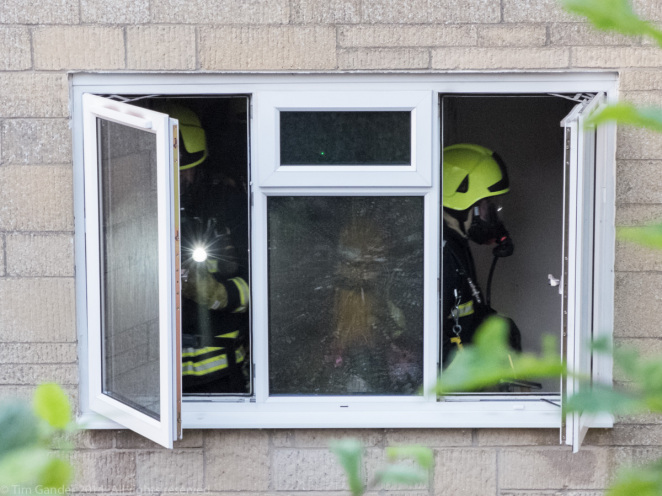 Looking at the paltry photographic coverage the Bath Chronicle gave the Tour of Britain last week, and The Frome Standard’s belated attempt at photographing a major news event on their own doorstep (their photos were taken over three hours after the event), it’s possible that historians of the future will look back on the stories of our time and wonder why the photos from the early 2000s are worse than the ones taken a century before on far more primitive equipment. 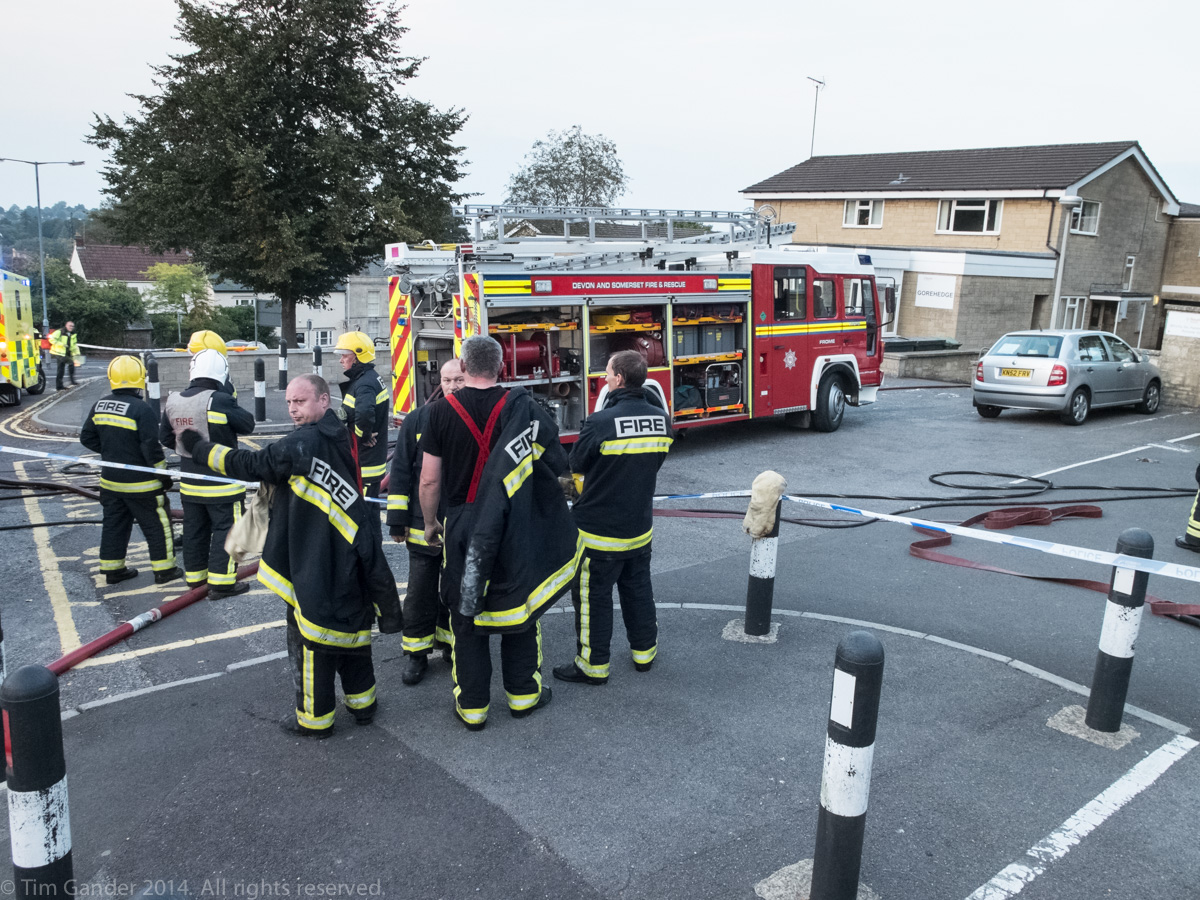 Crews start to wind-down as the incident de-escalates