There’s been a bit of a kerfuffle in the press lately about Royalty and tethering (I won’t expand on that here) and it reminded me that I’ve never really explained what tethering means from a photographer’s point of view and why it might be useful to a client.

Tethering is a method of taking photos while the camera is linked to a laptop via a cable, but what it involves and why you’d want to do it is worth a little further explanation.

Tethered capture, as it’s often called, allows the photographer to review photos on a laptop within about a second of them being taken. Of course pictures can be reviewed on the back of the camera, and that’s my regular way of working. However that tiny little screen, often obscured with nose grease (yum!) isn’t always the best way to check fine detail.

A far better solution is to take test shots, then review them on the laptop screen to see how the light is working and whether any tweaks to clothing or hair might be necessary. Really fine details (a cat hair on a lapel, or a stray hair across an eye) are often only visible when viewed on a larger screen. 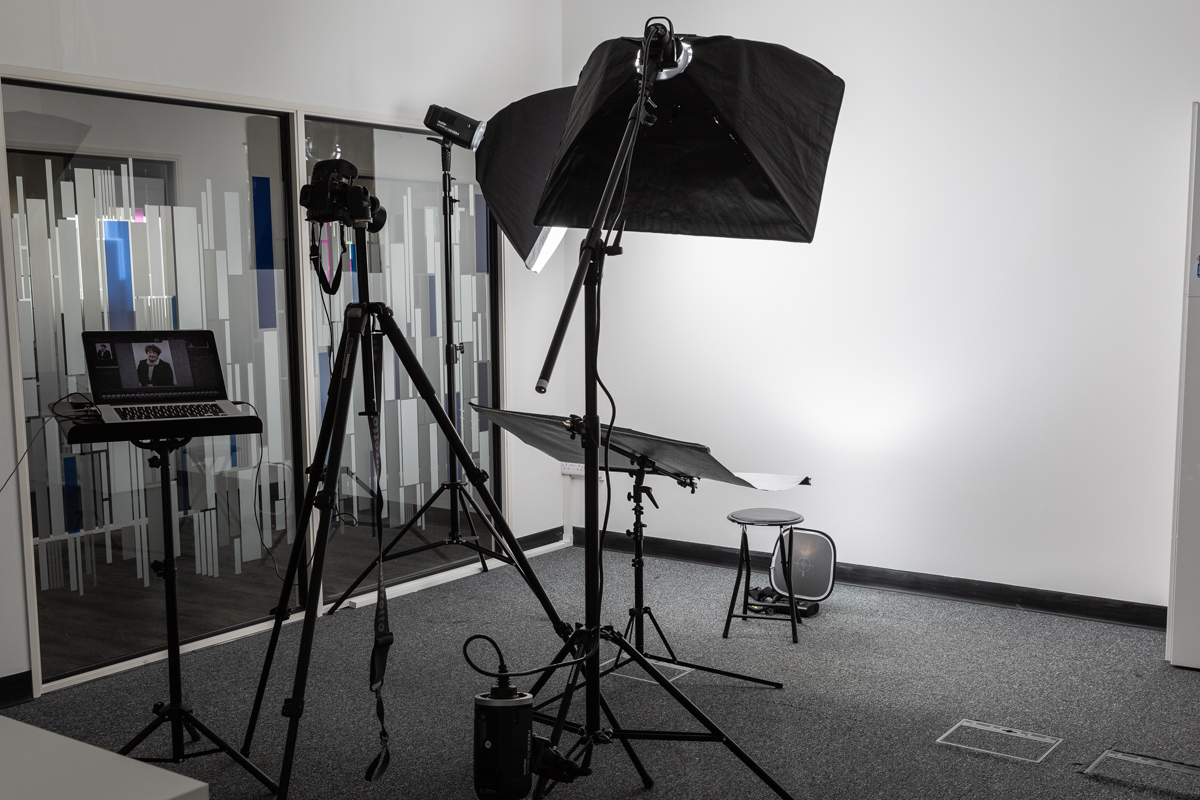 The previous sitter's portrait is just visible on the laptop screen.

The software which allows the pictures to display on the laptop (I use Adobe Lightroom) can also be set to show a rough idea of the final treatment (colour, contrast, sharpening etc) that I’ll be using, so a marketing executive can get an idea of how the finished images will look and we can adjust according to their requirements.

Likewise the sitters also benefit from being able to view the images on a decent-sized screen so they can be happy with their shots before going back to their work. They’ll have a much clearer idea of what we’re getting and this can also help them relax into the shoot. Once we’re happy with the test shots, I don’t tend to look at the screen again until after each person’s sitting.

The other reason I like to work this way if I can is that it means the images are backed up automatically as I shoot – one set on the camera card, a duplicate set on the laptop hard drive. So if there is a failure, I’ve a better chance of recovering images which might otherwise be lost.

Of course tethering only works for the headshot work I do because camera movement is limited by the cable length and the reliability of the connection. I couldn’t shoot a corporate event or a conference using tethering, it just wouldn’t be practical, but for the business headshot it’s a useful tool.

It’s also possible to get camera and computer to communicate via wifi, but this can be too fiddly and unreliable, so I tend to use the cable method.

So if I turn up at your corporate headshot session with a music stand, don’t panic: I’m not about to pull a cello from my rolling case and launch into a Rachmaninoff sonata, sometimes it’s just handy to work tethered and to see the bigger picture.

Yes, I’m a bit of a nerd. I think most photographers have a nerdish streak. Some are full-nerd, I think I just have nerdish tendencies. It’s not that I’m obsessed with kit or camera specifications, but where my nerdishness manifests itself is when I’m watching a film or TV drama and there is a representation of a photographer or a group of photographers.

This is when, without fail, the writers, directors or whoever is responsible for checking the accuracy of a scene seem to drop a cog.

One example is when you have a court scene in a UK-based drama. The defendant will leave the court room (triumphant or defeated) and step out into the court corridor only to be assailed by a mess of grubby, black leather-jacketed blokes with cameras all jostling to get their “snaps” and shouting “over ‘ere mate!”

The very first thing wrong with this scenario is that in the uk, photography is banned within the precincts of court, which not only covers inside the building but also an area around the exterior too (at the very least the court steps and apron around the main entrance).

Taking pictures inside the precincts of court is a contempt of court and risks a fine or imprisonment, so quite how these photographers managed to get past security with all their kit without being challenged is anyone’s guess.

Often in this scenario, and this happens in all kinds of scenes involving photographers, you’ll see the extras holding their cameras like iPads, vaguely waving them in front of their faces, one hand either side of the body with nothing supporting the lens. They’re stuffing a large telephoto lens into the hapless lead actor’s face. Presumably to get a super-fuzzy close-up of a left nostril, I really couldn’t say. It just looks daft. 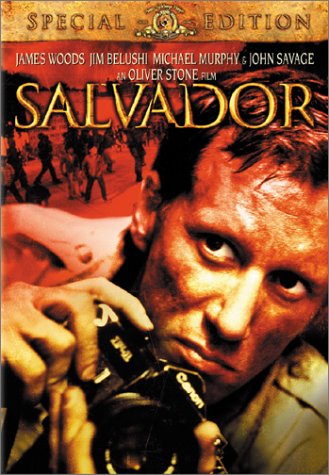 Oi James! The action’s behind you!

The other staple cock-up is when you see a police stakeout. In this case they tend to make the opposite mistake of the court photographers in that they have a woefully underpowered lens to get the closeup mug shot of a perp who’s ambling around about half a mile down the street from where the cops are sitting. You see the camera lifted, the lens is focussed and then the director cuts to the viewfinder view of the scene and the target fills the frame from the tip of their head to the tops of their shoulders. Normally this kind of framing would require a mahoossive lens, yet these cops either have amazing kit no one else can buy, or the suspension of disbelief has to be suspended. Or you’re not a photographer and you neither notice, nor do you care.

Sometimes I wish I didn’t care, but some of the inaccuracies are so blatant I almost expect one of the extras to turn to camera and shout, “See this Tim Gander? See how I’m holding my camera?! HAHAHAHAHA!” or something.

Maybe I should chill out and watch more cartoons, but it isn’t always thus. Though it’s a long time since I watched Salvador with James Woods, I always recall it being a reasonably accurate depiction of the experiences of a press photographer in terms of how the actors handle their cameras. It’s a film I’d like to watch again some time and I hope I don’t find myself distracted by poor attention to detail. Maybe I should get a photographer friend to check it through first.

In the meantime, if Holywood (or BBC, Channel 4, ITV, Netflix et al) need me as an on-set consultant, they know where to find me.