Happy New Year! I wish all my readers the very best for 2013. And what subject gets the first post of this year? Instagram of course!

As many of you will be aware there was something of a kerfuffle over a change to Instagram’s change of terms and conditions, which strongly suggested they would acquire the rights to sell users’ images to advertisers without permission or payment.

It was obvious from the moment Facebook had a fumble down the back of the office sofa for spare change and found $1 bn to buy Instagram that things would not stay the same. They’ll want their money back, one way or another, and the easiest way to achieve that is to have the ability to sell all the free content that is pumped into Instagram every day, not to mention a colossal backlog of images already there. The biggest library of mini images in the world.

Forget about whether the average Instagram photo is sellable or not, when something is that popular the infinite monkey syndrome kicks in. Among all the of photos of people’s pets and cappuccinos will be the occasional, arresting photo that might sit very well with a corporate ad. Don’t worry about image size either. Used small on a website, many smartphone photos will be adequate, and when the photo has zero cost to the advertiser, believe me adequate is more than adequate.

What interested me more than the nature of the T&C changes was some people’s reactions to them, specifically the reactions from people who have the opinion that if you’re an amateur your photos don’t matter, and if you’re a professional, why are you putting photos on Instagram or even on the web at all? Which I find an astonishing position to take.

I quote from one commenter (Shoogly Peg; real name I presume) on the BBC News website:

“Where, exactly, will these advertisers use your images when advertising? Where most people go obviously. Yes, social media websites, where you can already see an adundance [sic] of faces. Unless you are a pro photographer, no need to get bothered. And if you are a pro, why are you using this app?”

I’ll explain why I use Instagram. It’s fun. As a professional, am I excluded from having fun? Shoogly’s view isn’t an isolated opinion though. Whenever this kind of issue has popped up in the past, there have been comments about how professional photographers shouldn’t use the web to promote themselves, or that if they do have the audacity to do so, they should fully expect their work to be copied and used without permission or payment. 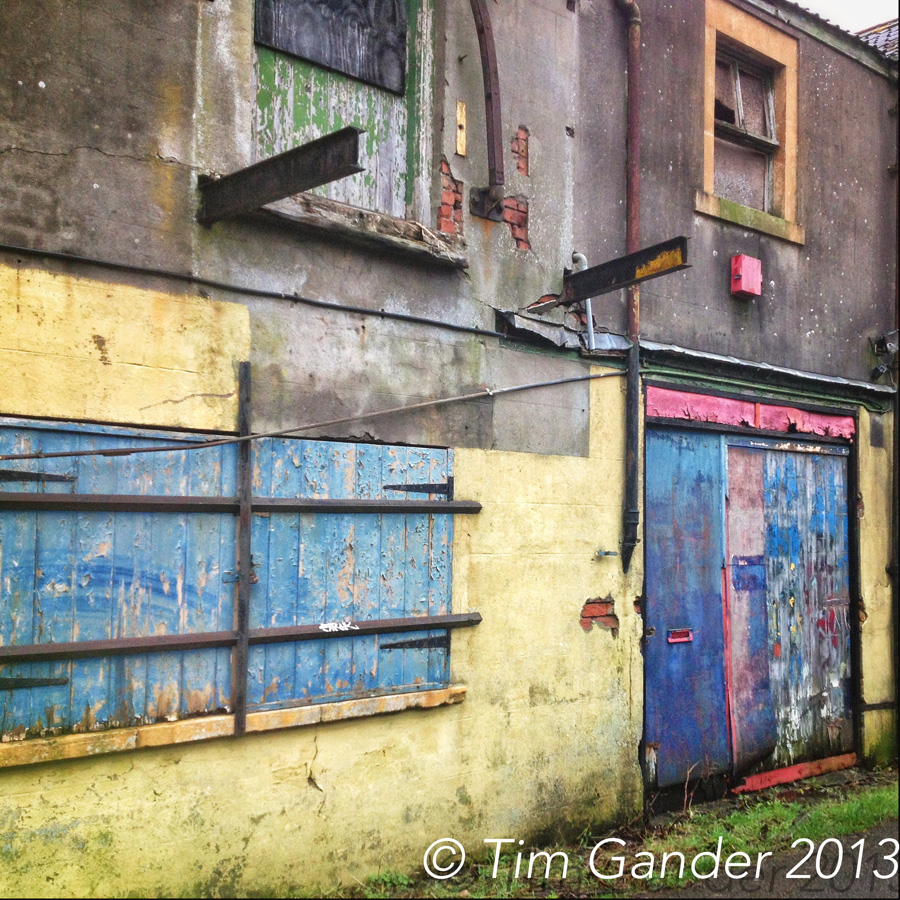 Sorry for having fun. I should leave that to amateurs

Clearly this argument is a nonsense. I get a fair bit of work through having a website, and I use the web to deliver images to clients. Am I not allowed to show my work without it being stolen?

Back to Instagram and their T&Cs, after patronizing us all with a statement telling us Instagram were sorry we were all too stupid to understand a legal document and not to worry our pretty little heads about it, they do appear to have reigned things back somewhat. The question is, what will they do to make money if they can’t sell user content? I’m sure we’ll find out soon enough, but I’ve seen a few users empty or delete their accounts. I’m fairly certain Instagram won’t disappear, but I think it might lose much of its sparkle and will have to change into something it wasn’t intended to be if Facebook want to make money. Perhaps “the internet” is learning that you can have free or fun. Not both.

The public are getting wise, proceed with caution…

Commercial and public organisations are constantly on the lookout for new ways to engage with customers and the general public. This is understandable and very easy to do now that the internet is highly interactive. Done properly, it can work very well.

However, not all such campaigns are successful in attracting positive PR. One popular idea is to engage with your public by asking them to give you free stuff. Most often, for obvious reasons, photos.

A classic example is when some bright PR spark decides that it would be “cool” if customers sent in their best photos for the company to use for free in its web site, advertising and publications. The conditions for giving the business this free stuff will normally be couched in very legalistic terms, with conditions so harsh, unforgiving and one-sided that only the clinically insane would take part in such a scheme. The bigger problem perhaps is that many customers will ignore the T&Cs because they don’t expect their big, cuddly corporate to do anything underhand or greedy, so they tick the “I have read and understood” bit, having neither read nor understood what they were committing to.

If your organisation is looking into trying this kind of customer interaction, let me sound a word of caution. Amateur photographers are getting wise to this kind of exercise. They’re beginning to understand that if somebody wants their photos, their photos must have a monetary value. Just as if you asked them for the keys to their car, or for a few hours free graft, they understand that while any idiot can give something away for free, it takes a special kind of idiot to do it willingly. And amateur photographers aren’t idiots.

Several organisations and businesses have already bought themselves some negative publicity trying this kind of exercise. The UK’s Environment Agency recently put out a call for graduates, keen on photography, to become free labour suppliers of photos. The BJP wrote an article about it, the EA had to take their Facebook page down at one point, and then finished with a spectacular U-Turn.

Other organisations currently fighting a backlash from photographers include the publisher Archant with their Great British Life photo competition, and Greater London Authority wanting free photos for their new web site. I know there are many more examples, but you get the picture (for free!) 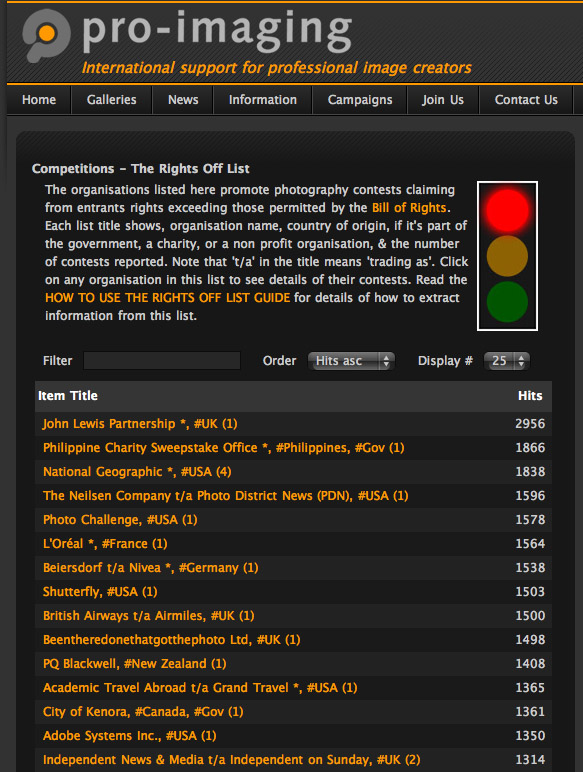 Photo competitions which hide rights grabs are another example where photographers, both amateur and professional, have forced a change of terms and conditions, but only after much negative publicity.

The examples of companies which have attempted this particular wheeze and then had to change their T&Cs to be more like a photo competition than a phishing trip is too long to list here, but you can check out the Pro-Imaging web site to see what makes a competition fair, and see which organisers have adhered to the Bill of Rights which has been drawn up through industry-wide consultation.

These schemes and scams keep popping up, and most get battered down by hobbyists and professionals working together for the better ineterests of photography. Why companies and organisations continue to make the same mistakes time after time is a mystery, but I do see the tide turning against this trend for what has been described by others as “loser-generated content”.

So use the internet to interact with your clients and your audience, but don’t ask too much because your clients can quickly swamp the message you intended to broadcast with the ugly sound of protest at unfair practices.