I’ve no idea what mileage my camera bag has done, but its wheels have been showing signs of distress for quite some time. So rather than fork out £300+ for a new bag, the old one probably ending up in landfill, I decided to give it a new lease of life with fresh wheels.

Luckily, inline skate wheels are a perfect fit for the existing bearings. I’d wanted to replace the bearings too, but standard bearings have a different bore which doesn’t fit the axle shafts for my bag. It’s not a critical issue as the old bearings still run, and I think I’ll be able to source the correct bearings once I have time to do more research.

One slightly stomach-churning moment was when I realised how much human hair had become entangled in the axles (I must be running over a lot of human hair!), but with everything removed, cleaned and re-greased, I was able to fit the new wheels and get the ol’ bag rolling again. 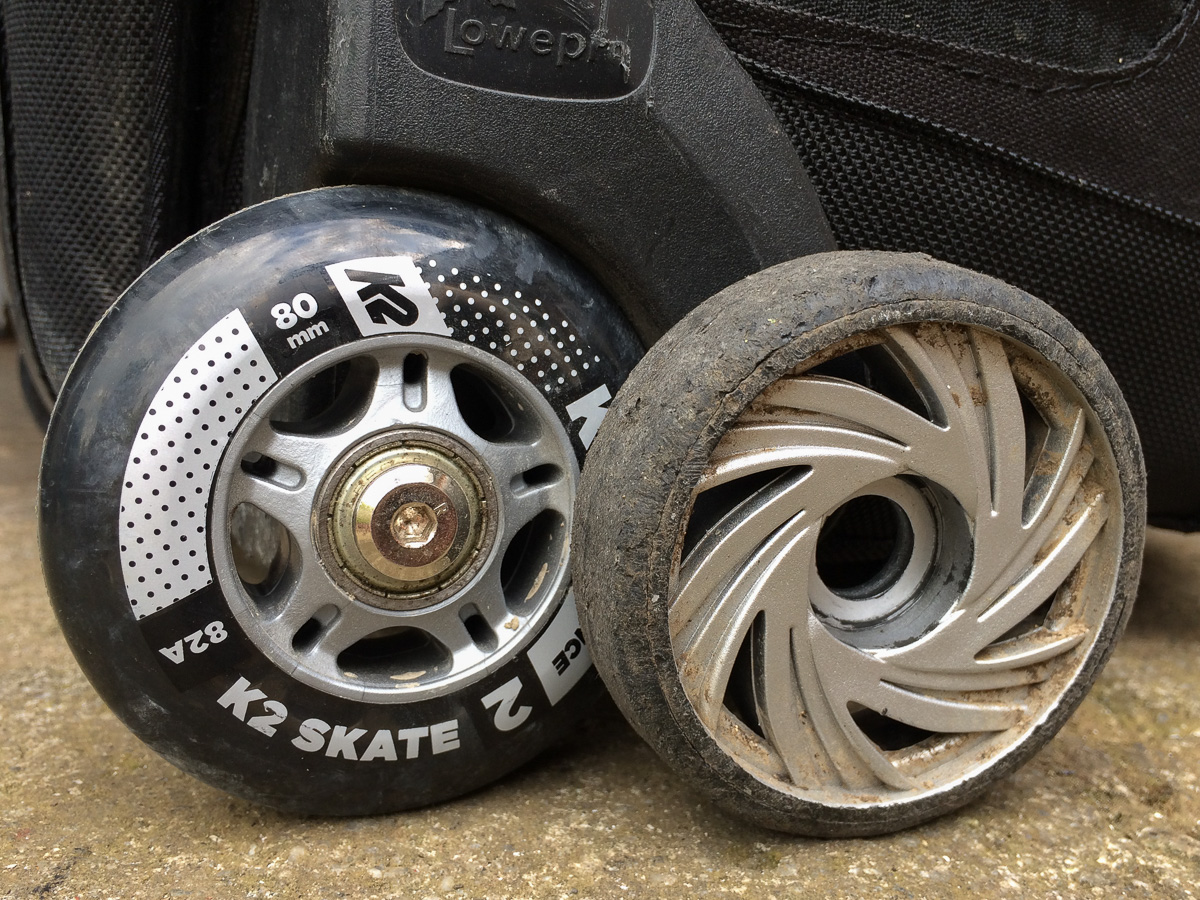 It now runs smoother, quieter and more easily over rough ground. In fact this photo was taken after a rather punishing outing over stones, flint and slate pieces for a recent assignment, but I’ve included one of the old wheels to show how much they had worn down and their general state.

Plus I think the skate wheels look rather fancy. Hopefully I can now get to your jobs slightly faster than before!