I’d like to thank commercial photographer Chris Pearsall for the inspiration for this week’s article when he posted his very first digital image to a photographers’ forum on Facebook.

My first digital SLR was a Canon D30, a 3.1 megapixel camera which I bought at the tail end of 2000 for about £1,600. It was a pretty terrible camera, but I was shooting a lot of news at the time and it saved me a lot of rushing to 1-hour processing labs to get my images ready for scanning and sending to the picture desk. The next model up, the rather more capable 1D was I think about £3,500 at the time and on the shift rates I was on at the time would have taken forever to pay off.

Its main drawback was the slow, and not very reliable focusing. I could have my finger jammed down on the shutter button, desperately trying to get it to lock focus and take the photo of some celebrity or other rushing from their front door to a waiting taxi. If I was lucky I’d get a photo of the back of the taxi as it pulled away.

On slower-moving people and static objects it was fine, but not perfect. It’s fair to say that digital cameras have come a long way since 2000.

The earliest image I can find is a rather dull exterior of a house. It was to accompany a non-story about a gameshow contestant. 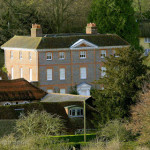 A big house at a distance… yawn

Another story I covered using the D30 (I wasn’t using it for everything at this stage) was something of a struggle, it being a nighttime air crash near Aldershot. Focus was difficult and the image noise further softened the images. Nothing I took that night made the paper.

Late in December 2000 I covered a visit by the then Deputy Prime Minister John Prescott to the Millennium Dome before it closed and went on to become the O2 Arena. This shot of the director of the attraction, P Y Gerbeau, is a typical example of the struggles I had with that camera to get sensible colours and to get fill flash to work convincingly. I’m so glad things have improved since then, but it was interesting to go back to my very first CD of digital images. Another thing it showed me is just how much my photography has improved since then too! 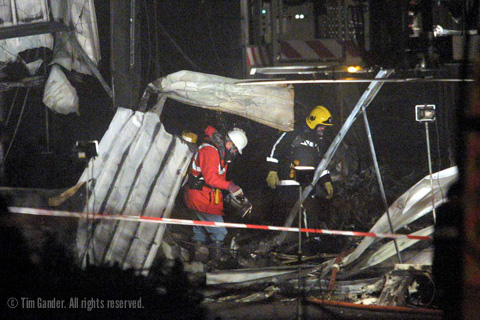 It was a tragic accident on a dark, wet night and the D30 struggled to work reliably 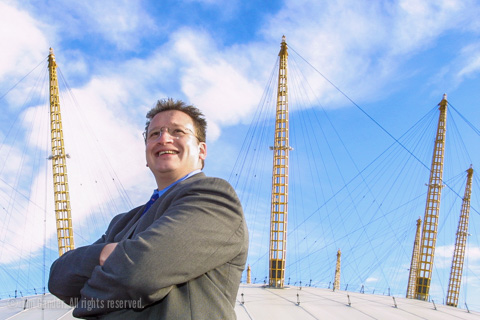