On Being a Photographer

“Never Too Old to Learn” is the title of one of the assignments from the newspaper photography course I attended back in 1992.

I found a suitably elderly model and a suitably cooperative helicopter pilot, put the two together and took some shots which worked pretty well. All lies, but it fulfilled the purpose of the assignment and the grandmother had a blast.

The reason I’m reminded of this particular college assignment now is because I’ve just bought a copy of “On Being A Photographer” by David Hurn and Bill Jay. Even as a photographer with 30+ years in his back pocket, I still expect to learn a great deal from reading this book. 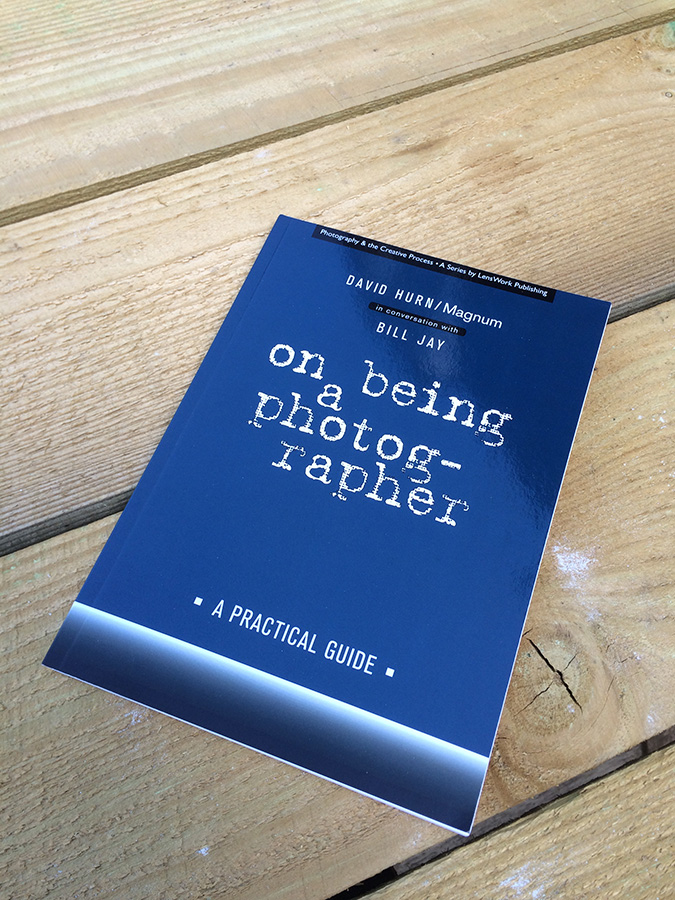 On Being A Photographer

The other college-days connection here is that David Hurn founded the School of Documentary Photography in Newport. I went to Stradbroke college in Sheffield because that was where budding newspaper photographers went if they wanted to get into the industry. Us Stradbrokers would scoff at the Newport photographers because they had a reputation for swanning about in desert boots while carrying Billingham bags and dreams of shooting for National Geographic.

We were “the real photographers” who would all go on to work for The Independent or Observer magazine, covering conflict and strife around the globe. In reality Newport was a very fine college (the very best for photo-documentary training) and we had as much chance of fulfilling our perceived destinies as those who went to Newport. In other words, not much chance at all.

But Stradbroke for me was 28 years ago. So why have I gone back to the books? In particular one written by the founder of a course I disparaged at the time? Simple; I’ve grown up. I’ve changed and I continue to change. I’m always looking at new sources of inspiration and solid foundations for new knowledge. I slightly wish I’d been able to go to Newport, even better go to Newport AND Stradbroke; that would have been incredible, but it wasn’t possible.

On Being A Photographer has a particular focus on the kind of work I do in my personal projects now and in this regard it will prove invaluable. I know I’ll learn new, better approaches and I’ll have a clearer understanding of how a photo essay should be approached.

It might take me another 30 years, but I hope this book will put me on the path to being a better documentary photographer. I’ll have to let you know how it goes.