How’s this for a blast from the past? A project from my college days, February 1991 to be precise, which involved mocking up a newspaper front page using pictures and stories I’d covered during the course. Well, two real stories at least; read carefully and you’ll notice some fake news too.

I stumbled across this while having an office clear-out. It’s pasted into the back of my first ever cuttings book, so it’s not been shredded or binned along with the eight-year-old bank statements, receipts, accounts and long-defunct business cards from long-defunct businesses.

The purpose of the exercise was to think about page layout and to get to grips with the newly-emerging technology of desktop publishing. In fact I recall this was done on something like a Mac 1 (or thereabouts). Looking at the caption for Norma Major’s photo you can tell I wasn’t all that impressed with the image quality available at the time.

The lead story about Don McCullin was clearly the one item I was taking seriously in this exercise, given the rather pretentious journalism I employed when writing it. But I still have a proper silver print of that photo I made at the time. It sits inside the cover of my signed copy of McCullin’s Unreasonable Behaviour.

Luckily no one came forward to claim the space shuttle prize and I’m afraid the competition closed in March 1991. 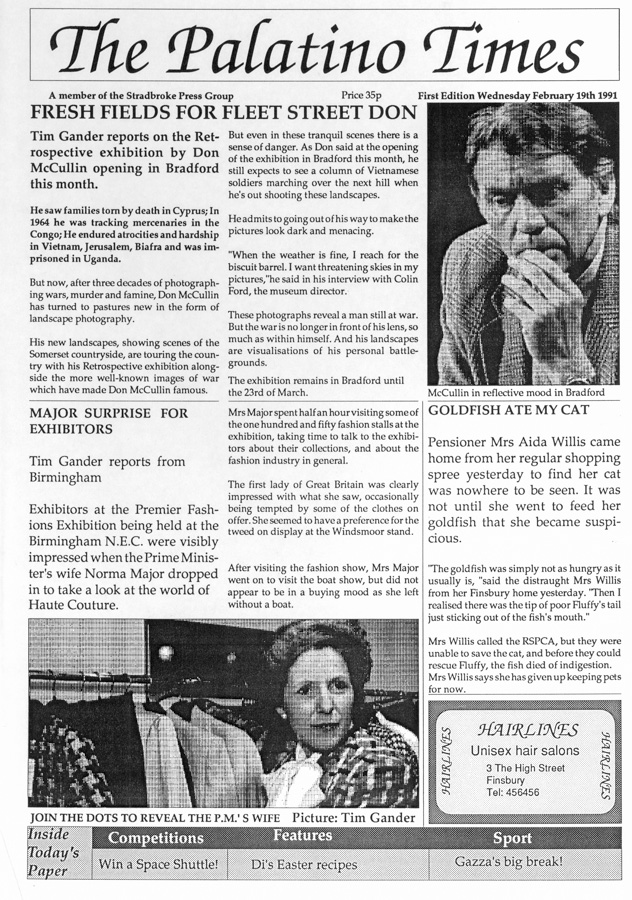 Photography should tell a story

I’m tempted to write about the launch of the Fuji X30 this week, but not so tempted by the prospect that I will tackle the task head on.

The X30 is the predictably-titled update to the X20, which I own and enjoy using very much when I’m not taking photos for clients.

Now don’t get me wrong, given the chance to play with an X30 and possibly review it I’ll jump at it, but reading reactions to the specifications and design of this new camera on forums and it’s just a bit depressing how much some (too many) people fuss over what is essentially a new toy.

Why do people get so vexed about new cameras? I can’t shake the feeling that new cameras now get more comment and discussion than pictures do. Even more crucially, more discussion than pictures which actually tell a story get. Photojournalism struggles to get seen and when it does it’s often accompanied with “these amazing pictures were taken with an iPhone/compact camera/blah blah” as if the device on which the story is being recorded is more important than the story itself. 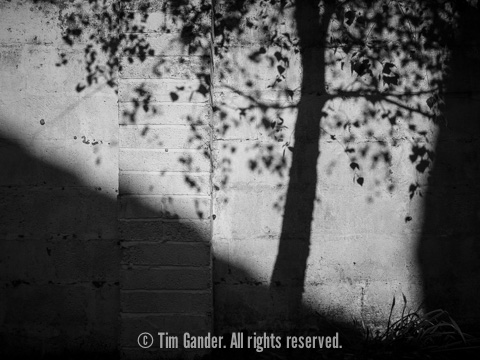 The X20 is a fun camera and a good compact, but we need more real stories and less emphasis on equipment

I fear this is often because the story isn’t strong enough to stand on its own legs and has to be puffed with details about what gear the photographer used. This may or may not be because the story is paid for via advertising from the manufacturer, which gets in the way of the story.

Of course it isn’t entirely honest to compare today’s photographer with those whose careers started when newspaper photography was respected and dominant in our news media, but you rarely hear the likes of Don McCullin talk about which camera he used in Vietnam or Uganda, apart from the one which caught a bullet in Cambodia and saved his life, but I think we can forgive that particular piece of gear-talk.

The fact is though that when the likes of McCullin talk about their work, they’re not gear-obsessed. They’re obsessed with photography, with telling stories and communicating. They’re not obsessed with the equipment they use, whether it’s the latest thing or how many megapixels it has. In fact there’s an article here in which McCullin says he doesn’t trust digital cameras because “they’re full of connivance” so he’s still shooting film and producing outstanding work without any of the “connivance” of the latest digital equipment.

The fact is this obsession with gear is leading us away from real photography. The camera has become more important than the image and the message has been buried in technical specifications and comparisons with this make and model or that one.

I’m looking forward to a time when the technology settles down and photography can once again be about photographs, when cameras are just a means to an end. Right now photography seems to be about the means when it should be about the story.