It may surprise you to know this, but I have little time to get sentimental about camera equipment. I do enjoy working with my old film cameras, but my digital gear is just tools for the job.

The exception to this is one lens which I’ve been using a lot lately. It’s one of those little gems that just seems to quietly help you get the job done.

I’ve long favoured fixed 40mm lenses. I discovered the joys of a 40mm lens when I bought Canon’s dinky 40mm f/2.8 STM lens, which I use on my Canon film bodies. This prompted me to buy a Voigtländer 40mm f/2 lens for my 1973 Nikon F2. However for my new digital gear I only had zooms.

Reading forums, this lens divides opinions. Some write it off for being too “slow” (as in, the maximum aperture isn’t nearer f/1.4). It’s claimed not to be sharp, but my God is this lens ever sharp! It is light, quick to use, engaging and I just love the results it can deliver.

I’ve used it on quite a few jobs recently, and almost exclusively on the recent Covid vaccination jobs I’ve shot for NHS BANES, Swindon and Wiltshire CCG. Its unobtrusive size, speed of use and quality were perfect for the fly-on-the-wall images I needed.

Between commissions I’ve been trying this lens out extensively. As I’m sure I’ve said many times before, using a commission to get familiar with kit is not a great idea. It’s best done in down time, not at a client’s expense.

So this morning I spent more time with the Sigma lens working on some tests shots with a new flash unit, another piece of kit recently acquired as I transform my equipment line-up to better serve my clients’ needs.

One of my favourite test subjects at home is our dining table, which we bought via Facebook from an artist. We were going to strip and re-varnish it, but decided we love the paint splashes and gouges so much we’ve left it as-is. It makes a great backdrop to still life images, which are perfect for controlled equipment tests.

This image might become part of my Home Front series, which I started during the first lockdown of 2020. At the very least it was a good exercise in testing this new lens/flash combination, but the more I worked on the picture, the more I liked what it said as a photo, above and beyond mere test subject. 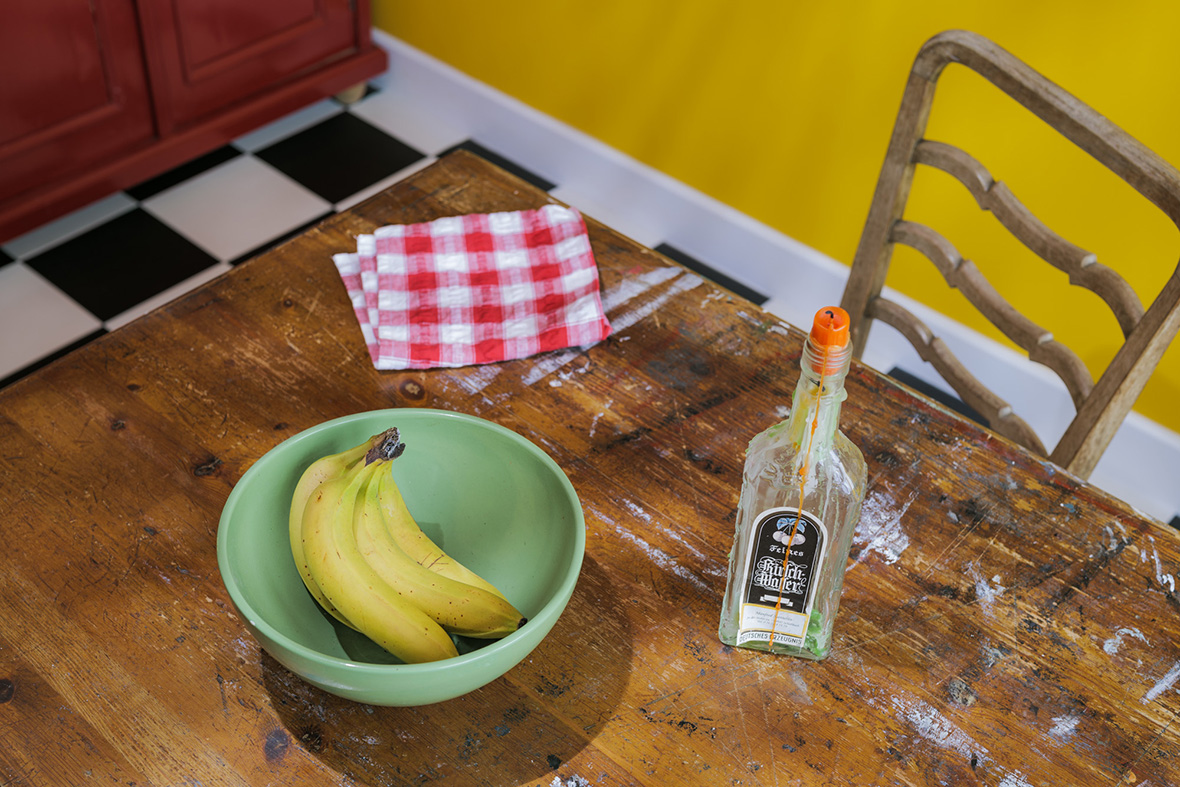 Still Life: Bananas in a bowl.
in My News / Personal Work 0 comments