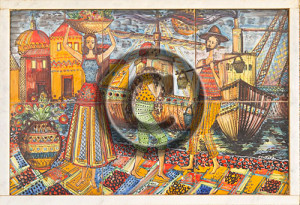 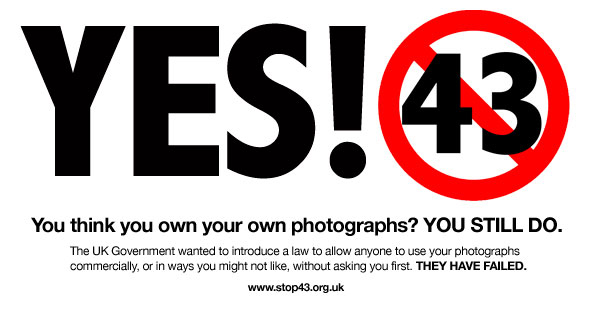 Stop 43 has made virals with which to lobby your MP.

I just wanted to start this article by thanking everyone who read my last article, “Orphan Works. No It Doesn’t“. Each and every one of the 3,724 of you and counting, which is a personal record by a distance of about 3,600 (give or take). What the article proved to me is that A LOT of people are seriously concerned about the Digital Economy Bill.

So where are we now with the DEB? Well, we’re 5 days from triumph or disaster. Less than a week until the Government either rushes through this dog doo of a bill, or sees sense (HAHAHAHAHA!…) and decides that democracy is too important to usher in such a contentious and complicated bill without proper scrutiny(…HAHAHAHAHAHA!….)

We now know who’s lined up to be the culture vultures (pejoratively speaking), who will pick the commercial flesh from the bones of the orphaned works they’d like to sell.

The BBC, Publishers Association and others have signed a letter to Lord Mandelson and others within government exclaiming that without the ability to exploit creators’ works unhindered, their sectors will be damaged. I quote from the letter, which can be seen in full at Stop 43.org:

“We believe this outcome would be catastrophic for the creative industries. The strategic importance of making orphan works available and, for some industries, enabling extended collective licensing schemes, cannot be overstated. Failure to make orphan works available  is likely to result in  far cruder alternative solutions, which would run the risk of contravening the Berne 3 step test, and which would have far-reaching and damaging consequences for our sectors.”

Aw, poor loves. My heart bleeds, it really does.

What they fail to mention (strangely enough) is the converse, massive damage which clause 43 will inflict upon the creators of those original works which the BBC and others would like to exploit.

What we can be less sure of is the position to the DEB of other players. I know there is much disquiet amongst back-bench Labour MPs at the threat to copyright, and the Lib Dems are generally against the DEB being rushed through without scrutiny. Meanwhile, there has been no detectable or recent view from the Conservatives that I can see, and I have neither a Tory MP (mine is Lib Dem) or the right connections to get any kind of response from the Parliamentary Conservative Party.

What I do know is that Leader of the House of Commons, Harriet Harman, has been persuaded to give the bill a full day’s second reading debate on April 6th, which will still only be the Bill’s second reading. We can hope that enough opposition from all sides builds in these last few days, and that some brave Labour MPs go against the party whip to defy the bill once it’s been through the wash-up, assuming it gets that far. It’s still probable though that Labour will have a majority vote on the Bill. Let’s be honest, most Labour MPs don’t give a monkey’s cuss as they fully expect to be bounced out of Parliament pretty soon anyway. That’s if they’re not stepping down for fiddling expenses.

From all this, it’s still hard to say for sure which way things will go. Close to the wire doesn’t describe it, so continue to write, get onto your MPs’ Facebook pages and lobby them there. If this Bill becomes law with Clause 43 included, the consequences will be dire for both professional and amateur photographers. Prepare to lose control over your own photos, regardless of who uses them, how they are used and with no recourse to punish those who exploit them.

Excellent illustration of when copyright abuse backfires monumentally in this article by professional photographer Jeremy Nichol.