Sarah Wolf, aged 37, lives in Frome from where she operates as Diablo PR.

What camera do you use?

I have a Nikon D40X with kit wide angle lens.

What kind of pictures do you like to take?

Landscapes and buildings are my favourite. They tend not to move about too much!

What was your most recent picture?

This one, a 14th century square in Barcelona – sitting with a friend, after a hot day, drinking beer, laughing and looking up at the beautiful architecture.  It reminds me of that night. 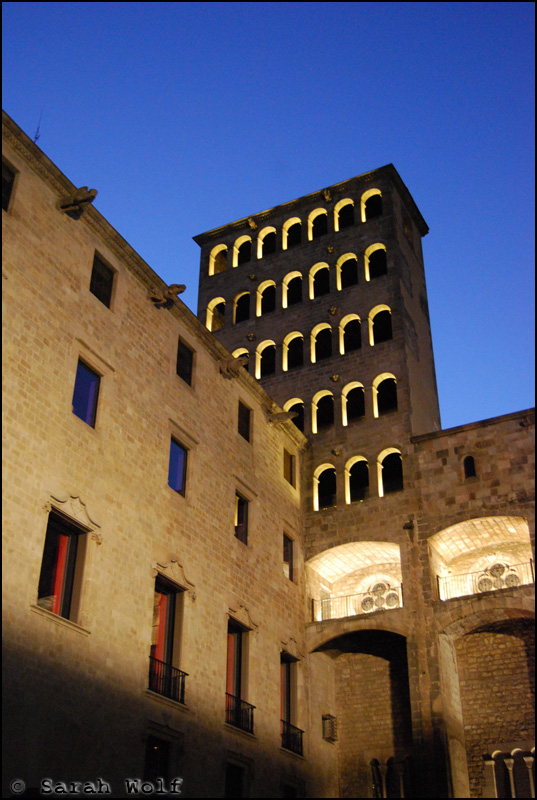 What picture are you most proud of taking?

This one taken on a boat of the edge of the running rail and the sea. We were exercising the engines on a 50ft super-yacht in the Solent for a client.  It was a bitterly cold winter’s day – we were all wrapped up in layers and oilskins.  The sea was calm and I lent over the running rail, enjoying the wind and the salt when I saw the reflection of the sun on the water and just wanted to capture it. 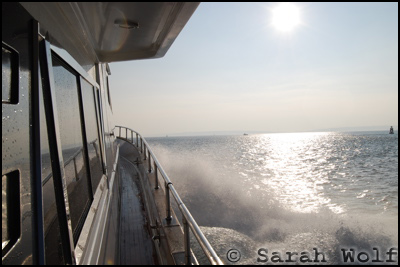 Life on the Solent can make for beautiful pictures.

If you could improve one area of your photography, what would it be?

I’d like to learn to take better photos of people and capture that moment of happiness, sadness, joy etc just through one shot. Pictures of people being themselves is what I’d like to learn how to take – just smiles and frowns and expressions without the people posing.

Would you like to become a pro one day, or is this always going to be a hobby?

If you could have taken one great photo, what would it be?

I would love to have taken the planting of the Red Standard on Hitler’s headquarters – the Reichstag in Berlin – which marked the end of Nazi Germany. The man who snapped the historic shot was Soviet photographer Yevgeny Khaldei, someone who I admire greatly particularly as he was part of the propaganda machine.  However, as a Jew, his career was cut short by the wave of anti-semitism in the Soviet Union and he was sacked in 1949.

What drives your interest in photography? 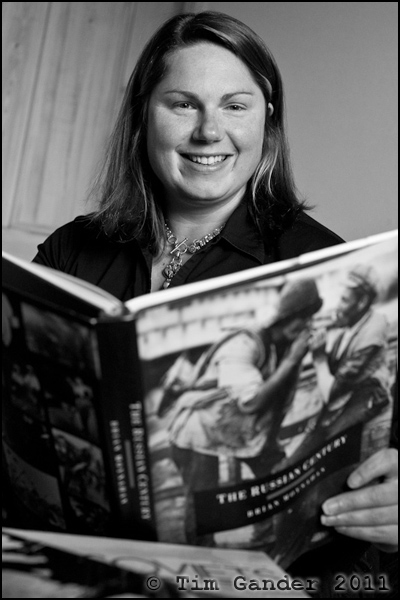 Sarah Wolf has a passion for books on historical Russian photography.

One of the reasons that I adore photography is my love of war photos – particularly those taken in the Soviet Union.  As a Russian student, I spent many years studying the impact of Russia, and then the Soviet Union, on the course of history.  I bought many books of photography from the last 100 years and love the gritty realism of the photos of peasants working in the fields juxtaposed with the glossy photos of well-fed Party members.  You can understand a country through its photography – the photos that are published and those that aren’t (but have subsequently come to light).  Even though I no longer need to study Russian history, I will still spend many a happy hour looking through the photography books.

A sadness of the digital age, and no longer shooting on film, is that so many photos are deleted and never see the light of day.  I’m obsessive about cataloguing my life, and my family’s, through photography and have annotated photo albums going back to when I had my first camera aged eight.  Now that I shoot digitally, I print less photos and those that aren’t quite perfect are deleted so quickly, whereas in the past, there was the thrill of having your films processed and seeing your shots for the first time.  I even kept those photos that weren’t quite perfect which now provide an alternative picture of family holidays and events – you look in the background and see things that were accidently picked up and it gives a wider picture from that time than the story in the best shot that made it into the final album.

Thank you for your time Sarah.

If you would like to be featured as a Pixelhead, just drop me a line to tim@timgander.co.uk You will need to live in or near Bath, be an amateur photographer and willing to have your photo taken for the article 🙂