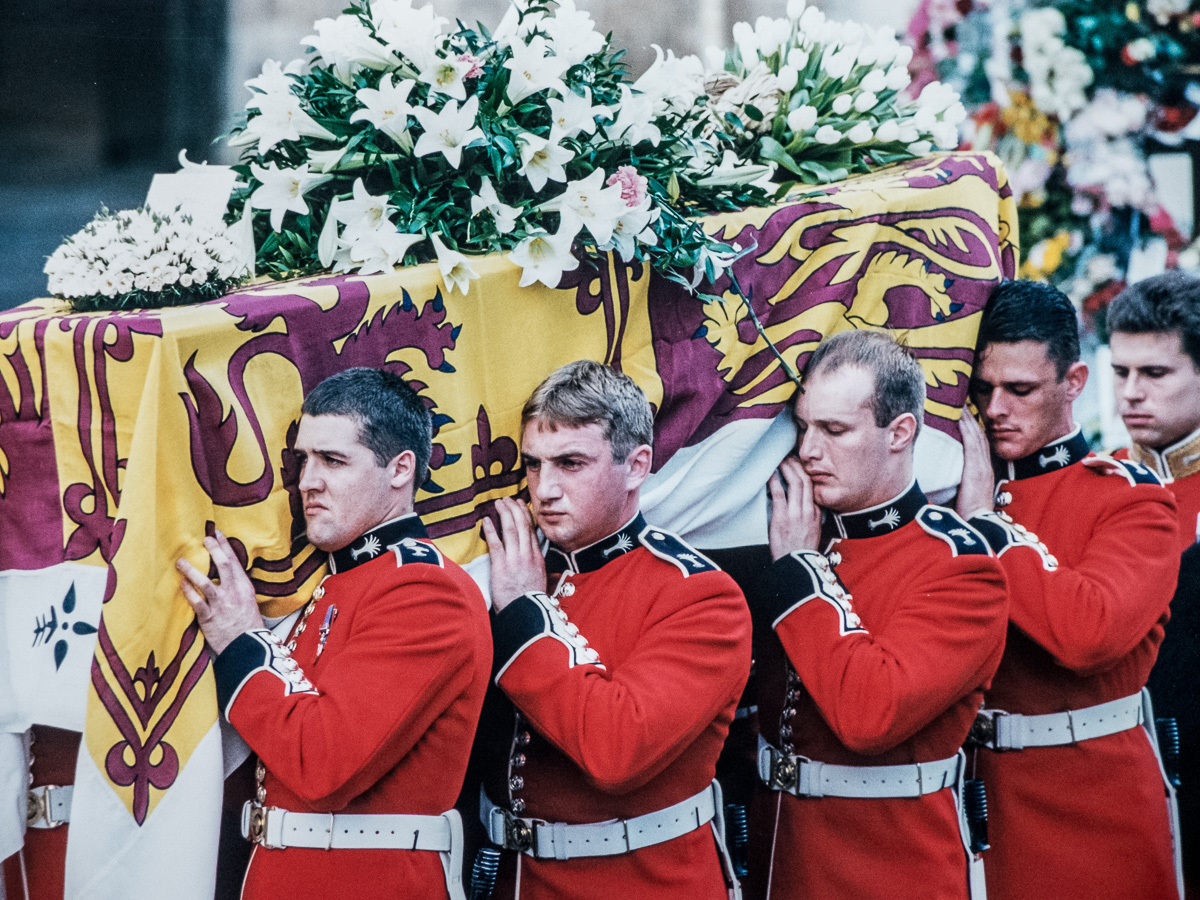 Yes, I was there too. Another press photographer who covered Diana’s funeral and because my words will be lost in the blizzard of articles and analysis on this the 20th anniversary of her death, I’ll point you towards this excellent article by Fleet Street photographer Brian Harris before offering a few brief thoughts of my own.

For myself, I was a lowly local news photographer at the time and was astonished to be assigned an official pass to cover the funeral from a position directly opposite the main door of Westminster Abbey.

Like Brian, I remember being hissed at by the crowd as I made my way to the position. I remember the weird atmosphere as people cheered the stars of music, TV and film as they arrived for the service. I also remember seeing the shot of the card on the coffin which just read “Mummy” and yes it was a cracking shot, but Brian’s was more graceful.

As for my effort, well it wasn’t the strongest image of the day, but I found myself focusing on the expressions of the pallbearers, members of the Welsh Guards who were clearly struggling to hold their emotions together. The shot summed up the occasion and emotions of the day in a fairly tight frame.

So considering it’s not a shot I had never wanted to have to take, I’ll live with it and leave it here as part of a much larger record of a sad day which changed all who were involved at least a little and for ever.