Last Sunday there was a Black Lives Matter rally in my home town and I felt a strange compulsion to cover it as a photographer. Strange because I normally shy away from large gatherings for personal work.

However I support the aims of the BLM cause, and I also felt that since this movement had resonated all the way to the relatively small, rural town of Frome in Somerset, the local story should be told too.

Because no one was paying me to go I decided I would shoot black and white film. There was another motivation for this – given that in 100 years’ time it’s possible that digital images of today will be inaccessible, perhaps shooting on film would present an insurance against digital degradation. Future generations would be able to see us, in protest, working to change the future.

I approached the rally as if I had been commissioned by my local paper, creating a mini series of images suitable for a double page spread. That would give me a structure to work to beyond just taking a random set of pictures, so I prepared my kit, loaded film and set off.

At first I didn’t think many people would be there. The weather was cold and wet, social distancing is still in place, and I hadn’t seen much publicity for the event. However as the start time approached, people arrived in reassuringly high numbers.

There was one particular shot I knew I needed to get to justify my un-commissioned intrusion and it’s the photo I had in mind from the moment I decided to attend. It’s the final shot in this gallery and I was the only photographer with the foresight to capture it. 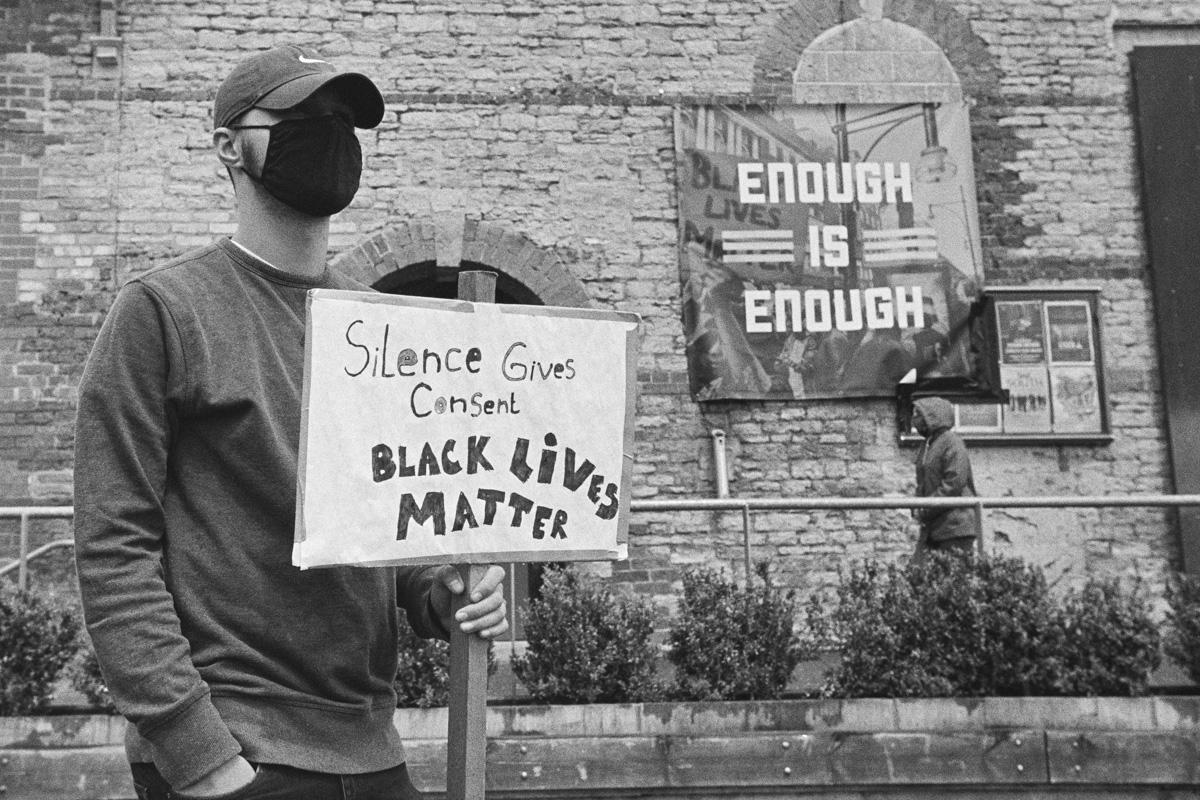 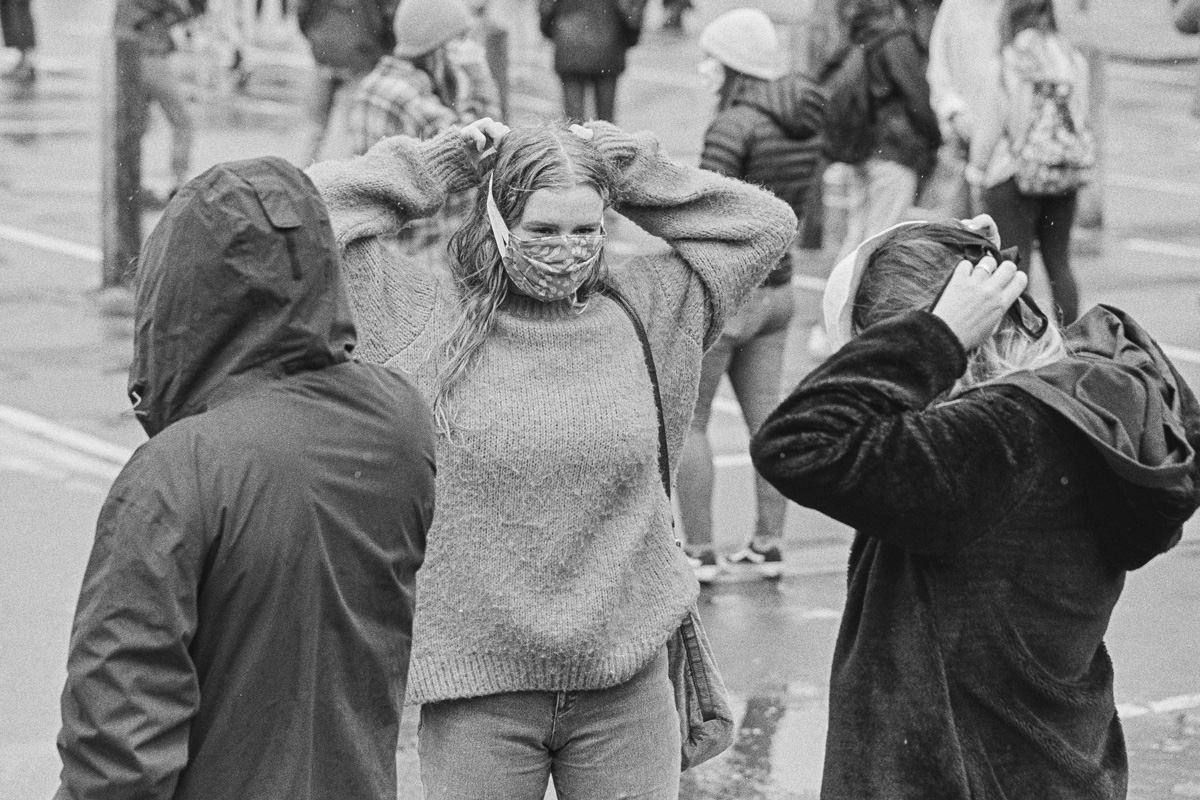 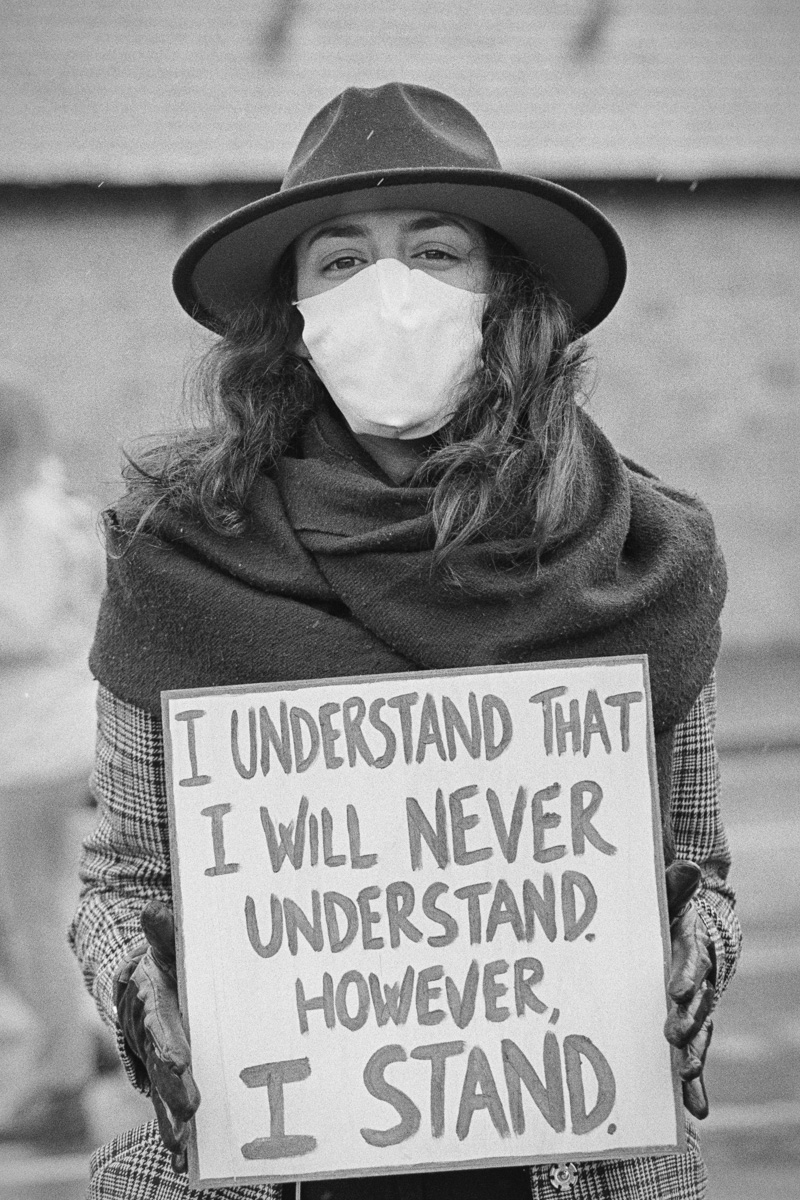 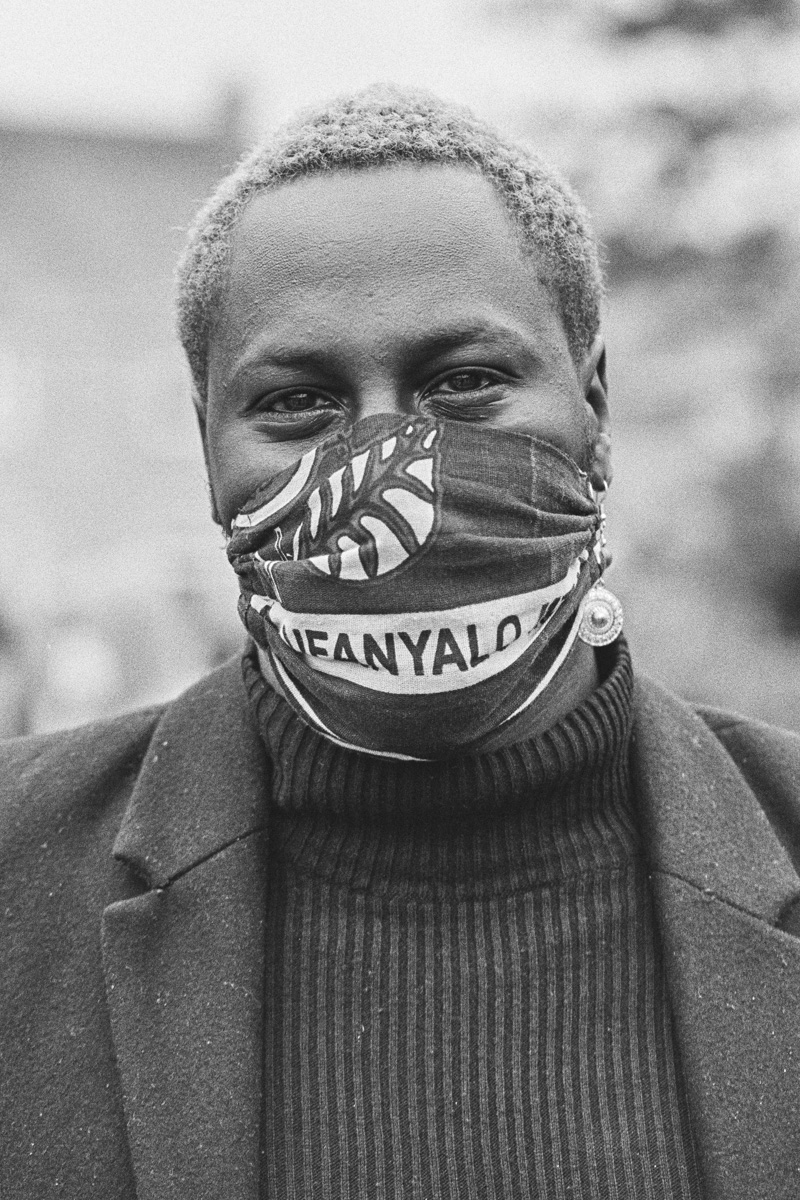 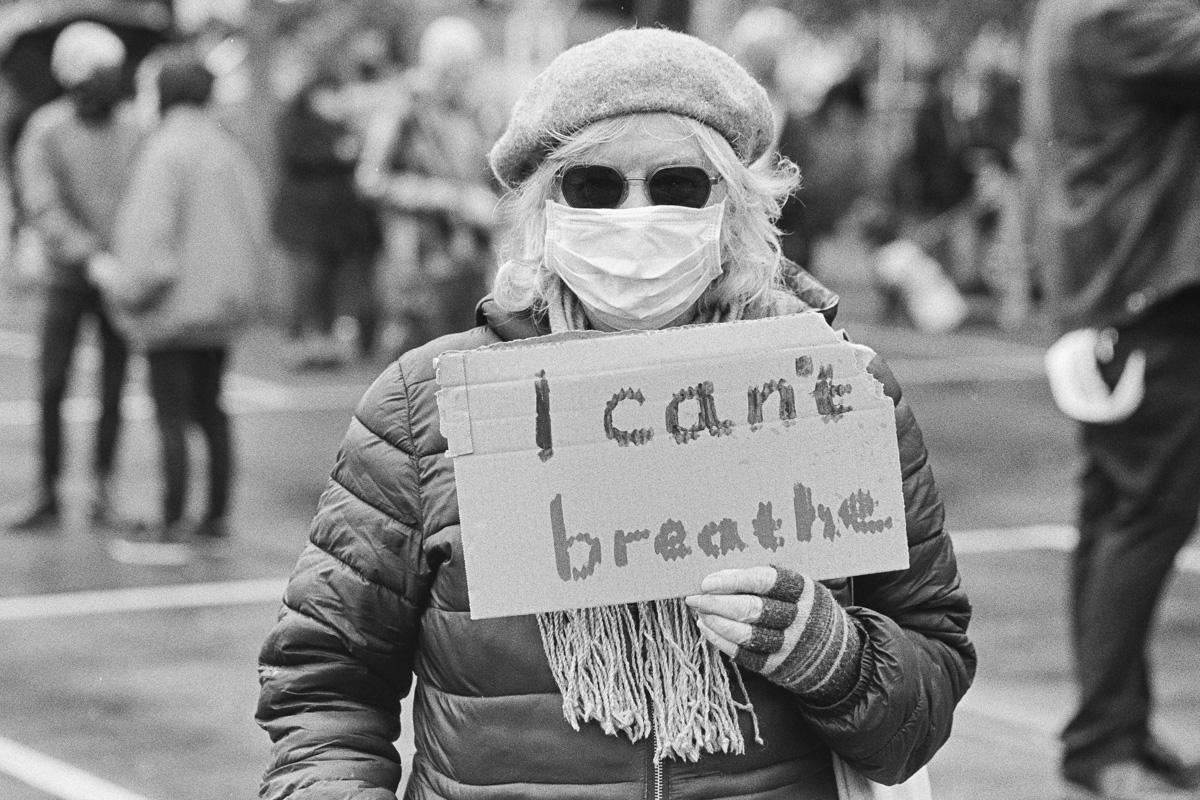 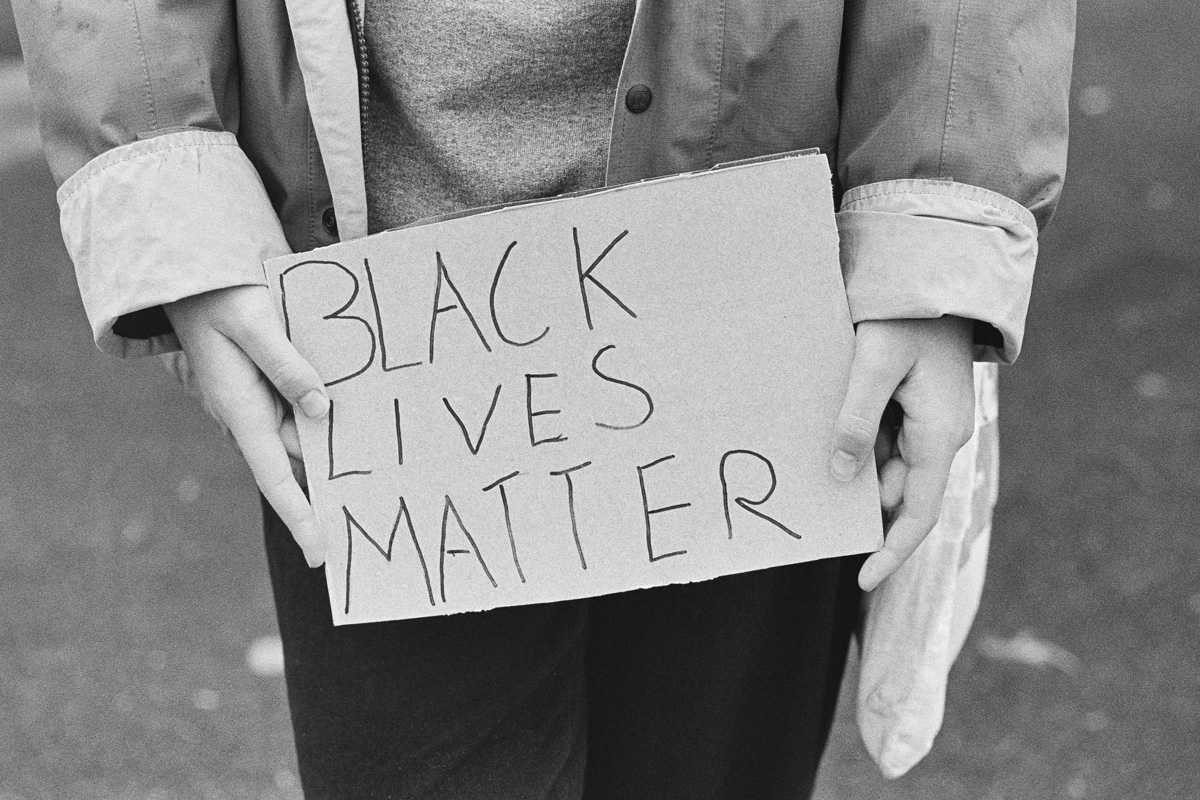 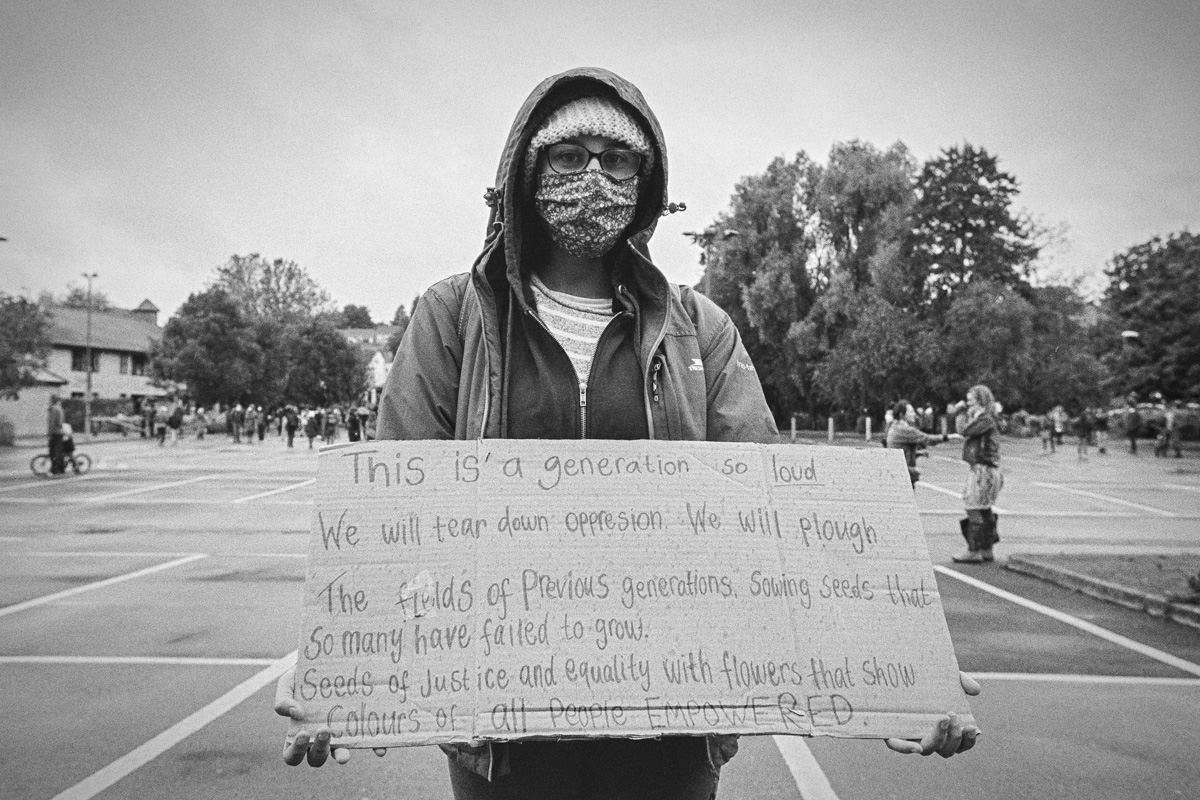 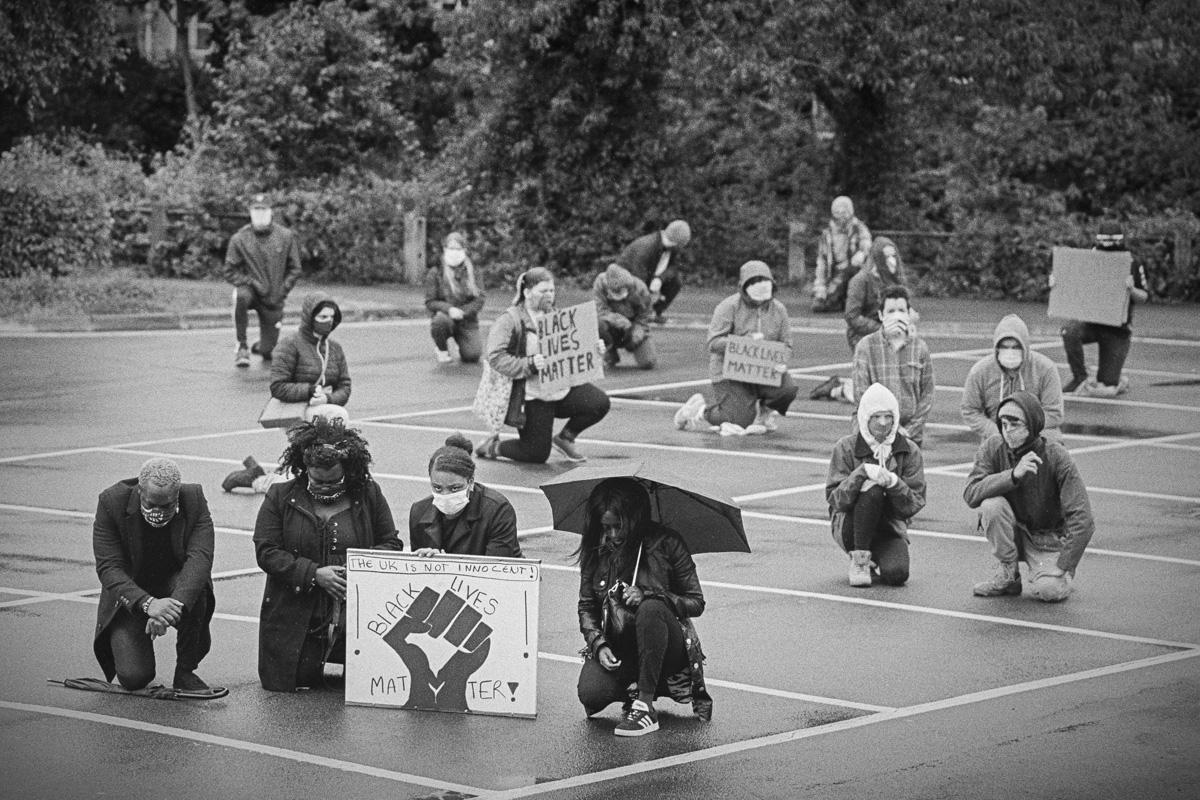 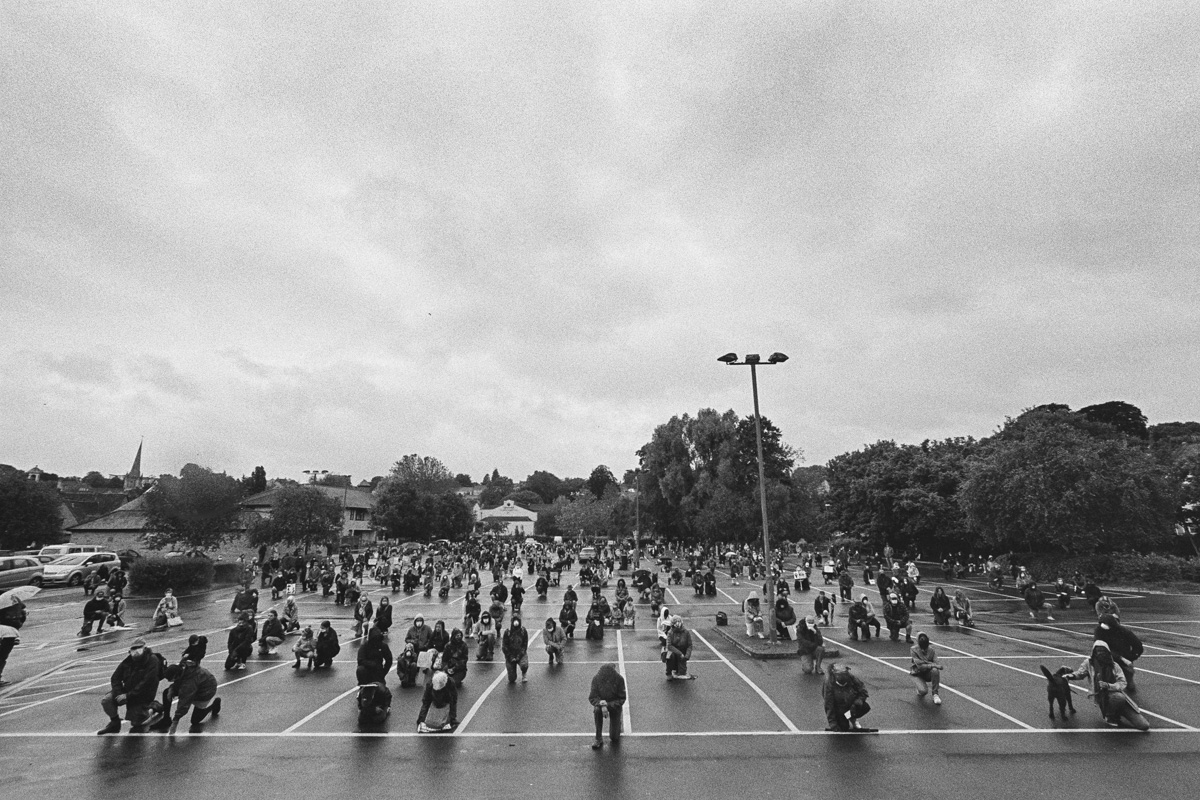 After the event I decided to turn the pictures around as fast as I could and I posted that last frame to the Frome Facebook page. To say the reaction was intense is an understatement. I don’t think I’ve ever had an image be so widely liked and shared online ever. 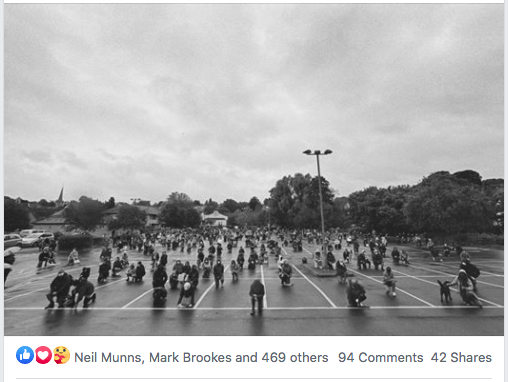 Perhaps it is a shame I wasn’t commissioned to go, but I’m glad I did because if such big stories are left to random photos on individuals’ iPhones, there is a risk no permanent record will exist for future historians and generations to refer back to.

In fact I bought this week’s local paper to see how they covered the story.