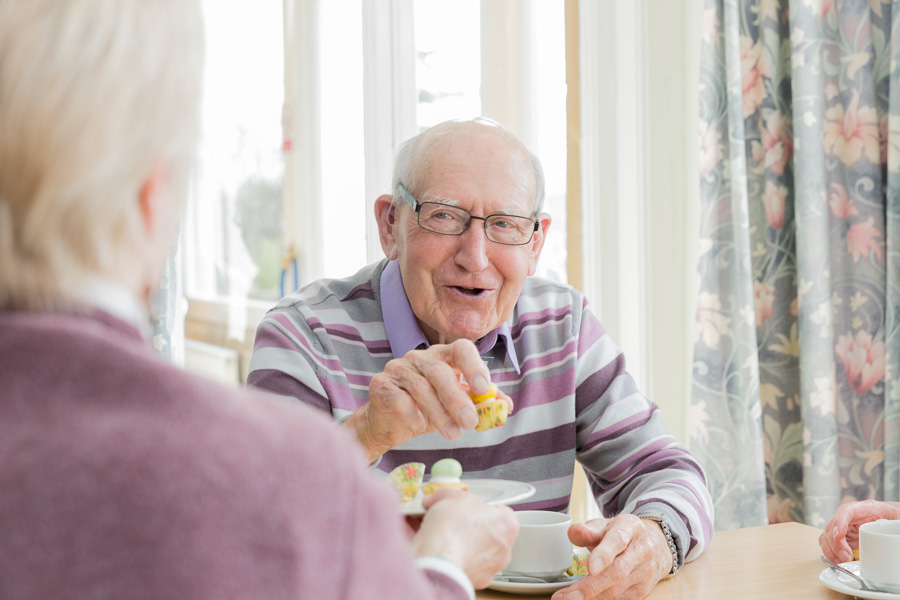 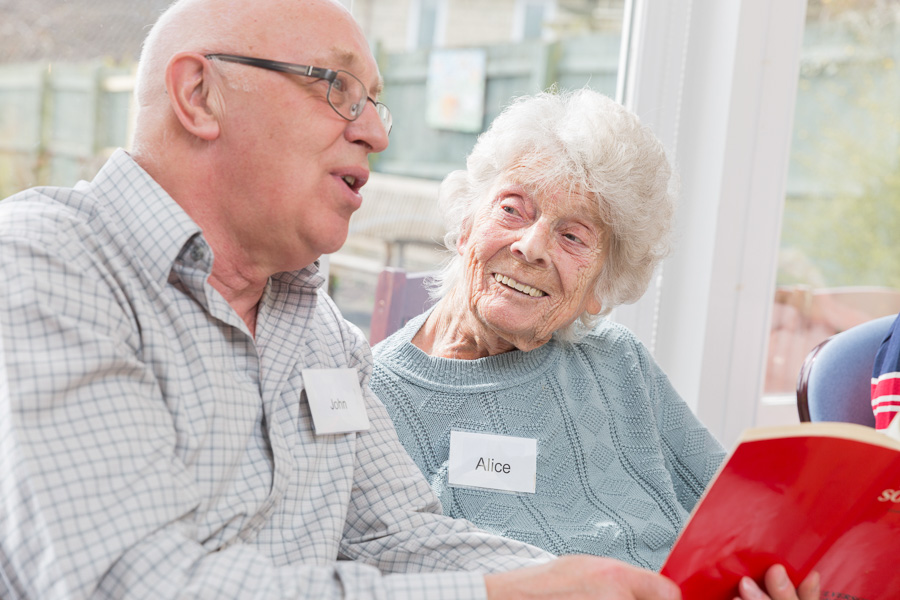 Singing for the Brain.

Sometimes I get a brief which sets a tone and style, but still leaves me plenty of room for creativity. This is always very rewarding work, but carries with it that extra frisson of responsibility – what if my pictures aren’t what the client envisaged? What if I stray off-piste? And in today’s example, working with NHS Bath And North East Somerset Clinical Commissioning Group (NHS BANES CCG for short) I knew I had to get each shoot right first time as public money has to be spent very wisely.

NHS BANES CCG needed fresh images for their annual review and new website. In the past they’d used stock imagery quite heavily, but there was a recognition that people engage better with pictures which are clearly not posed by stock models. Also, as useful as stock images can be for some applications, they can’t reflect all the subtle uniqueness of a local health service, and so I was approached with a view to getting the ball rolling on a new image library which their designers and PR managers could draw on as required.

I was sent to cover various events and illustrate different services within the CCG, but apart from an expressed wish to see light, engaging images with backgrounds knocked out of focus to emphasise the people, I was pretty much left to cover these sessions using a combination of set-up poses and fly-on-the-wall techniques.

Probably my favourite of all the photo sessions was the morning I spent with the Singing for the Brain group, who meet weekly and give those with dementia and their carers a chance to socialise and stimulate their memories through singing and fun activities. Capturing the pleasure on the faces of people as they met for tea and cake, and then when they got into the singing session, was really up-lifting.

The team I worked with were very pleased with what I turned in and I’ll be gradually adding to their library in the year ahead, so I’m looking forward to finding out even more about what the CCG does, meeting the people who run the services, the people who benefit from them and creating pictures which encapsulate the whole story.

If you’re good at your job, you should be paid properly

That sentence, unremarkable in its state-the-bleedin’-obvious sort of way, came from the mouth of Sir Stephen Bubb, chief executive of the Association of Chief Executives of Voluntary Organisations. Suddenly, knowing who uttered that sentence makes it rather more remarkable because in many cases the charities which his organisation represents believe that photographers should be made to feel less of themselves if they refuse to work or supply pictures for free. Pictures which would help the charities raise funds far greater than the cost of paying someone to take or supply them.

Sir Stephen was on the BBC defending the high salaries paid to some charity chief executives. Salaries which in some cases are over £180,000 per annum. He was rather cross, putting it mildly, that The Telegraph had made a story of these high sums and said categorically that the charity CEOs should not be expected to work for free. Why, then, are photographers so often expected to work for free? Are they not professionals too? Do they not have families to support? Mortgages to pay? (Voluntary) charitable donations to make?

It goes without saying (usually a prequel to “I’ll say it anyway”) that I do believe charities, on the whole, do a good job. It’s also fair to say not all professionals working for charities get large salaries, even at chief executive level, but this story is extremely timely as I was chatting to an old photographer friend the other day who told me that, yet again, he had been asked to take photos for a charity for free. When he checked on that charity’s website and discovered that they did indeed have paid staff he declined on the basis that he shouldn’t be the only professional working for free for that organisation.

And his story isn’t an isolated incident. Charities tapping up photographers for freebies is a regular gripe on forums. I’ve also been asked to work for free or been told that my fees far outstripped the budget. Quite who sets the budgets is never clear; presumably a monkey with a broken abacus, because the budgets never make any sense.

The Telegraph story raises a serious question for charities: Do high CEO salaries damage the credibility of the charities they work for? Could this damage donations? I’ll answer one question for any charity which cares to listen and that is you already do a great deal of damage amongst large groups of photographers by constantly rattling your tin for free, highly skilled professional services by people who often live precarious lives themselves.

It does a charity no favours to make a photographer feel guilty for turning them away or by making them feel they’re being arm-twisted into making a donation often worth hundreds if not thousands of pounds in the form of free work.

And I’ll add that it upsets me that I even have to speak up on this issue because many do difficult and good work, but good images should not be expected for free and asking for them does very much harm the credibility of a charity.