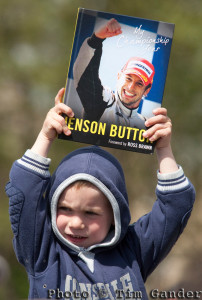 Waiting for his hero.

A slight departure from my normal blog, but it’s been a bit of a special occasion in Frome today.

On a beautiful sunny Spring day, in the Frome Market car park (dolled up for the occasion) Jenson Button, Formula One World Drivers’ Champion, was granted the Freedom of Frome Town.

By my guesstimate there must have been around 3,000 people there to greet him as he took to the stage to be presented the award by the town Mayor, Councillor Damon Hooton. Children craned to get a glimpse, women shouted their love, and men cheered his every word.

The whole shebang was over in just under an hour, during which Jenson was introduced, the Mayor did a recap of Jenson’s life in Frome and presented the award, after which Jenson answered questions previously submitted by members of the public.

He was very PC, denying ever having raced the roads around Frome as a youngster, but charming, humble and down-to-earth.

Once the main duties were completed, Jenson set about meeting his fans, posing for photos, signing autographs on everything from post cards to books to bits of car. All the while smiling, and clearly enjoying the whole event.

Enough of my blather, here are some photos from today. 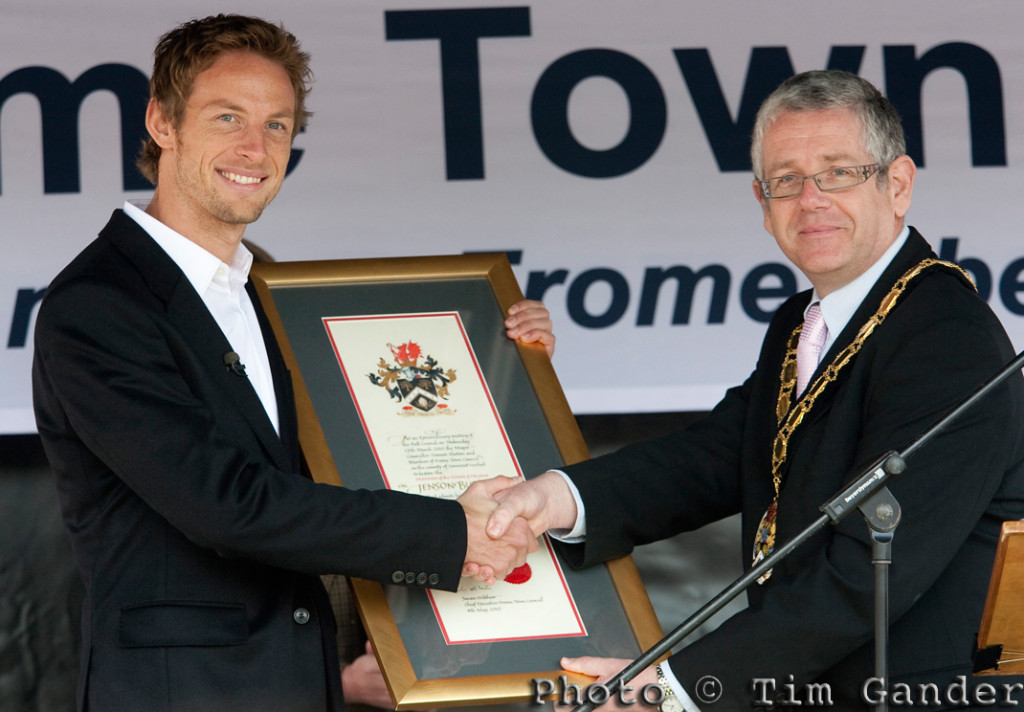 Jenson receives the Freedom of Frome Town from the Mayor, Cllr Hooton. 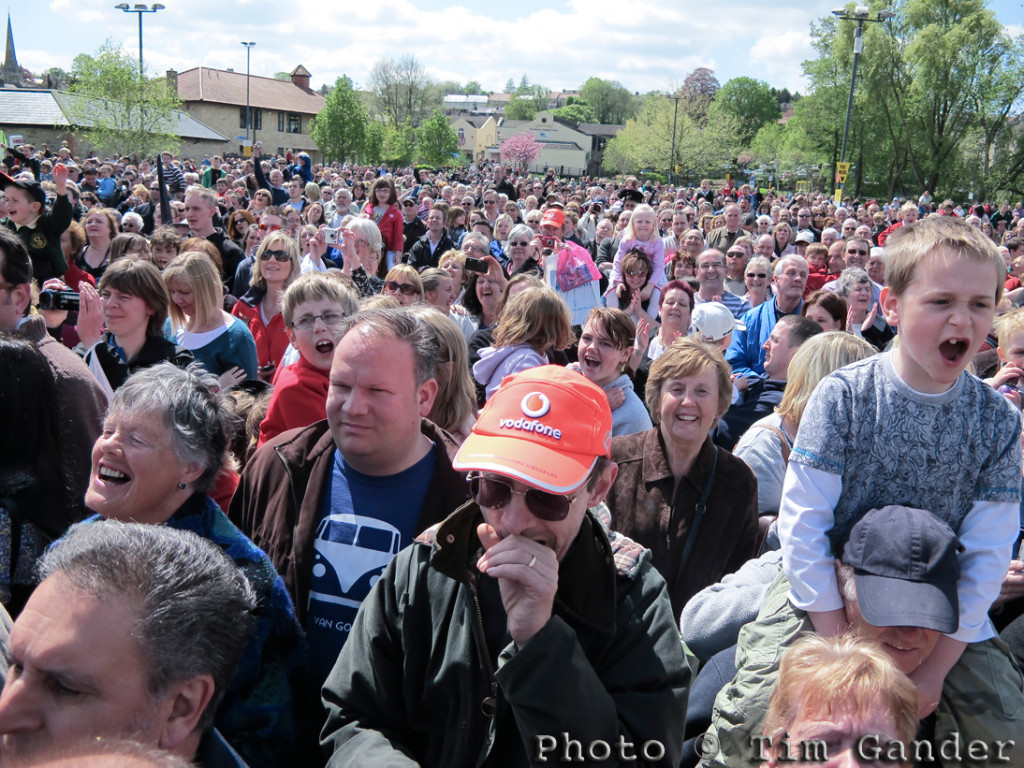 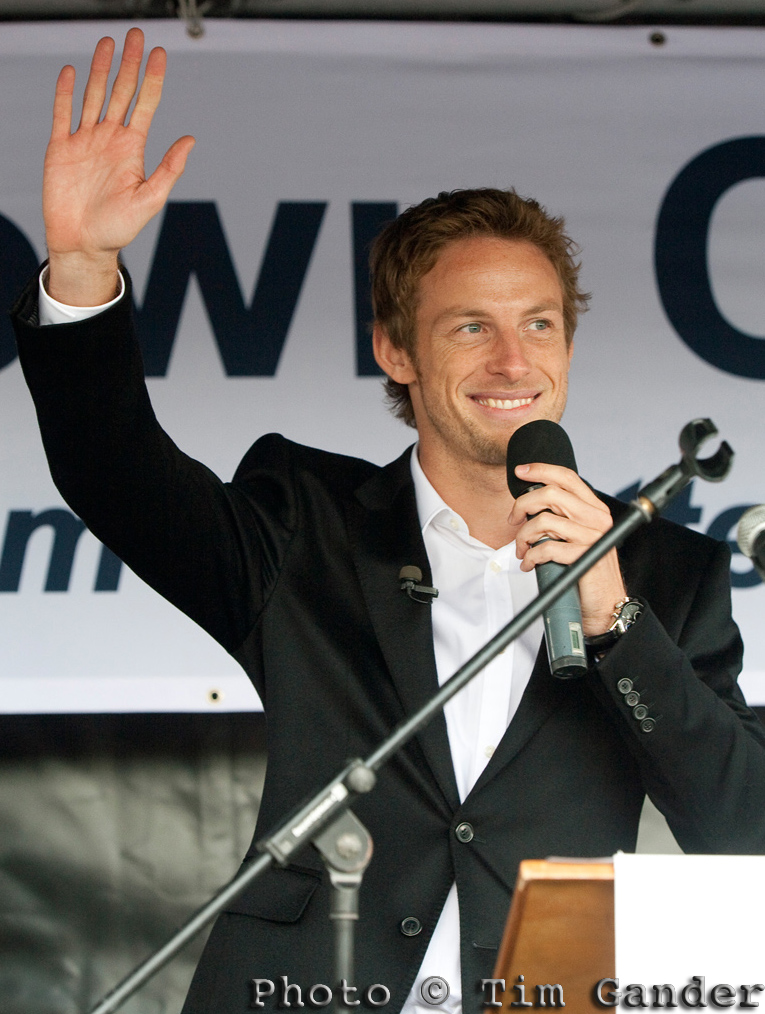 Jenson waves to fans. Lots of them women, for some reason… 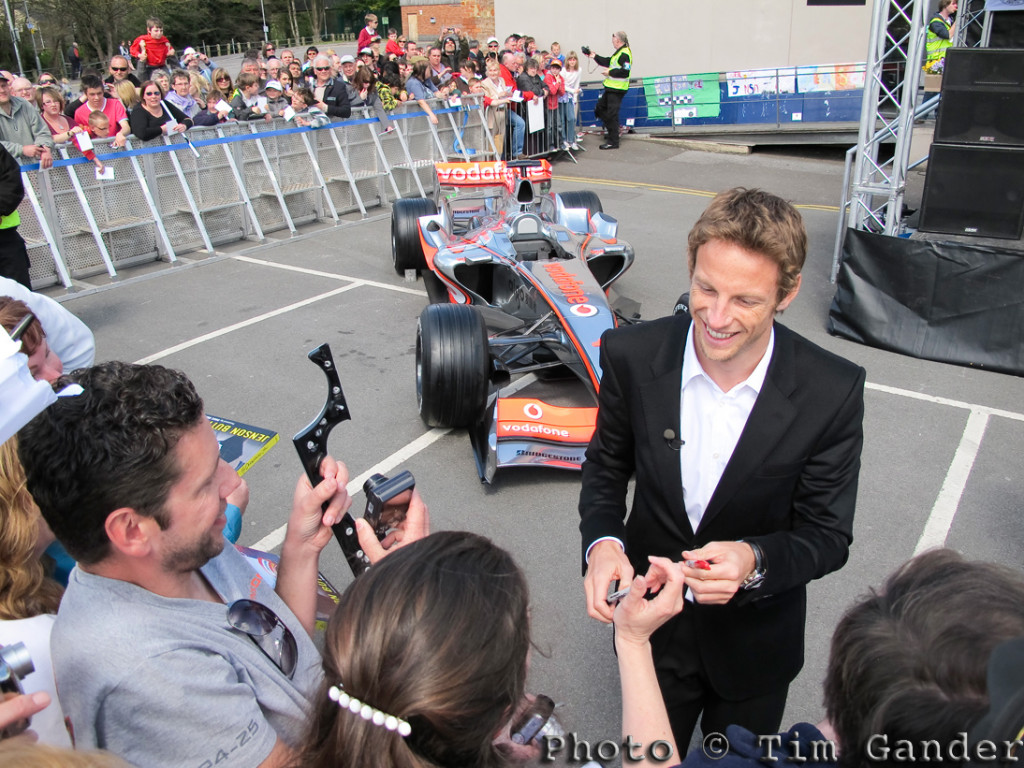 If you’ve tuned in for a bit of a photography perspective, I shot these photos on a Canon 5D with 1.4x converter on a 70-200 f2.8 lens (pre-IS model), apart from the crowd and signing photo which was shot on my new Canon G11, which I’m testing out prior to using it for a bona-fide shoot.