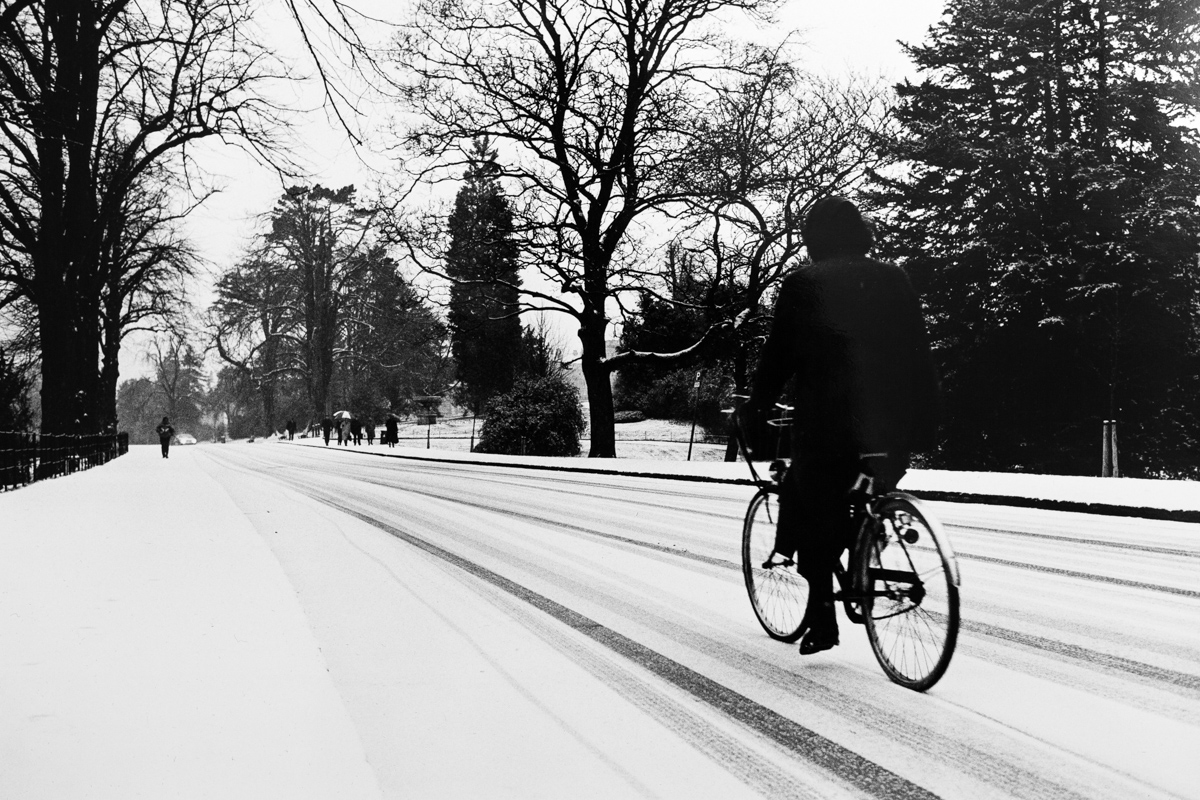 Filming for the TV series Poldark is due to start in Frome this week and since yesterday was an admin day (boo hiss paperwork) I took the opportunity to stretch my legs and take a couple of shots in the street where crews are currently at work making sure all signs of modern life are removed or obscured.

The weather was pretty dire with high winds and plenty of rain and I didn’t have a great deal of time to work up a broad selection of photos, but it got me thinking about all the times I’ve ventured out with my camera when the weather is bad – mostly in the past in order to get extreme weather photos for national newspapers.

I still enjoy the challenge of getting pictures in adverse conditions, even if I’m not venturing into the world’s extreme regions. Seeing how people interact and cope with the weather is often interesting in itself. Sometimes the weather is just a distraction, as in the Poldark pictures. Other times it becomes the focus of the story (the 2001 Trooping the Colour is a fine example). More often now the weather is the story, as when there is flooding or gale damage.

Here’s a quick gallery round-up of extreme (or sometimes just mildly difficult) weather photos I’ve done over the years, from Trooping the Colour to yesterday’s preparations for Poldark.

Please click to enlarge and scroll through the photos. 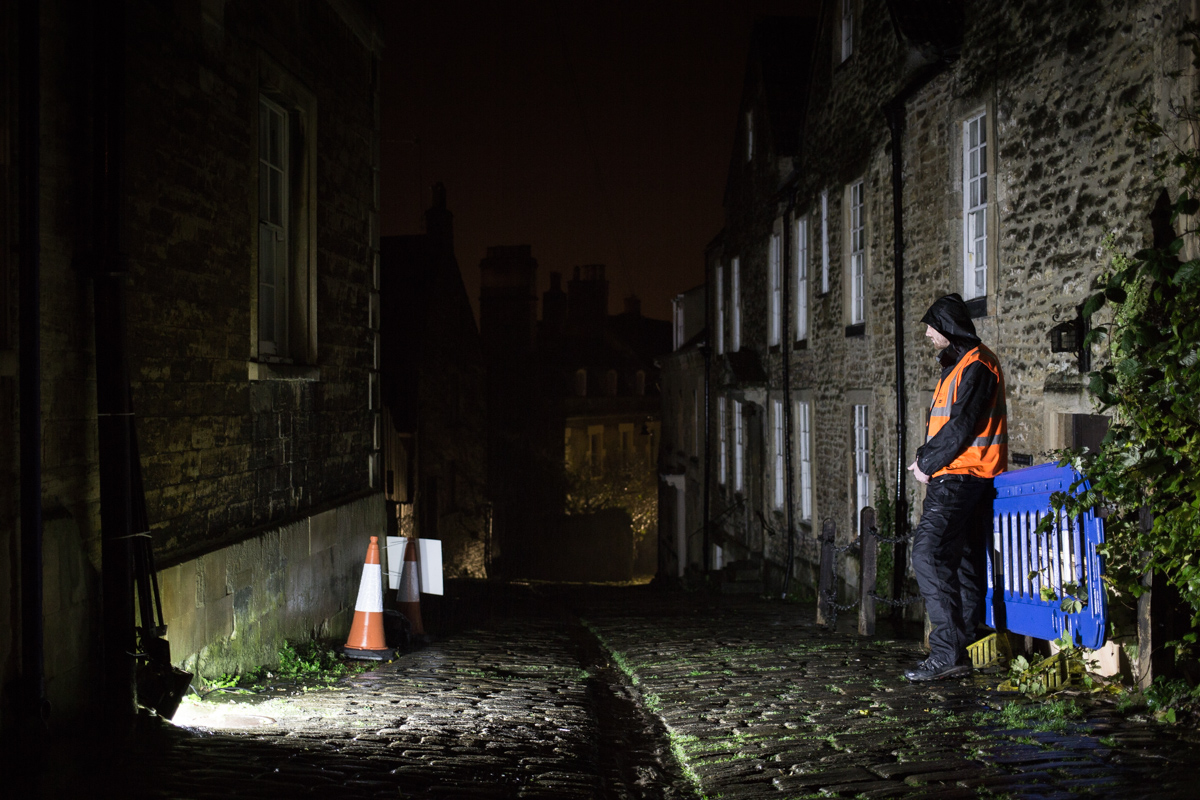 It's Poldark, wet and quiet on Gentle Street, Frome 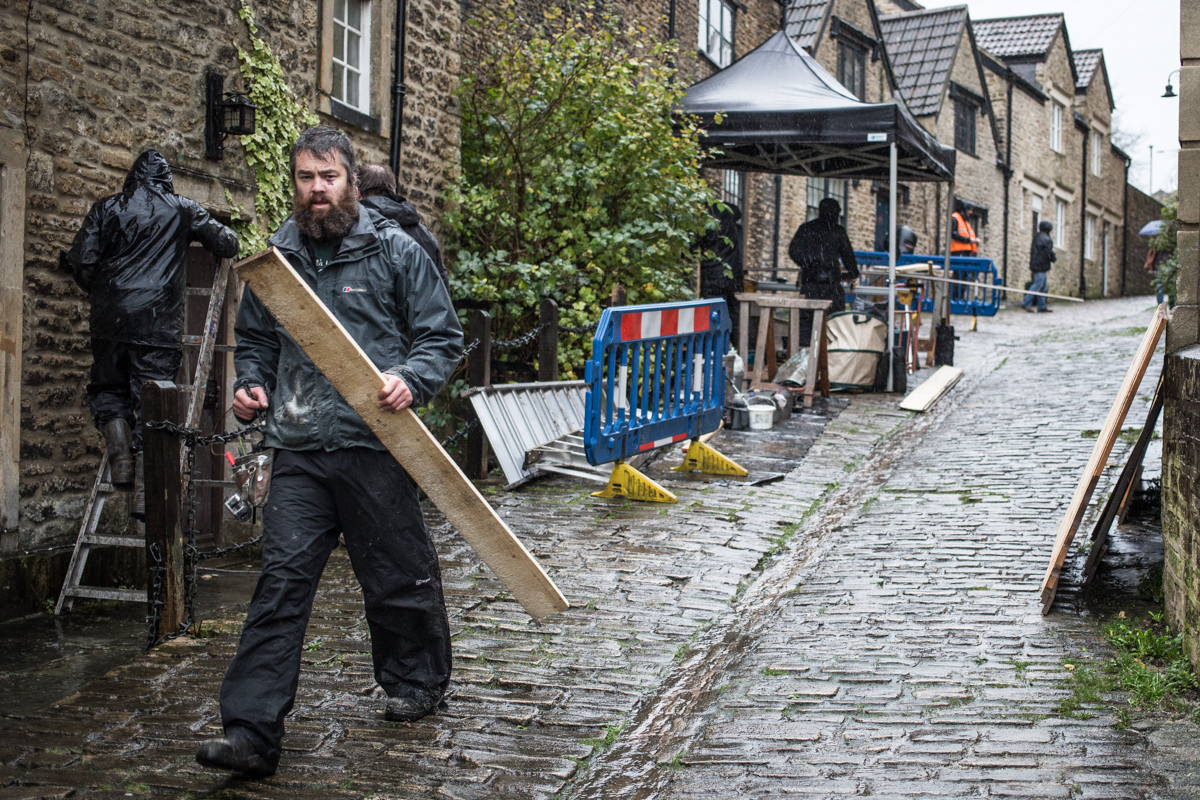 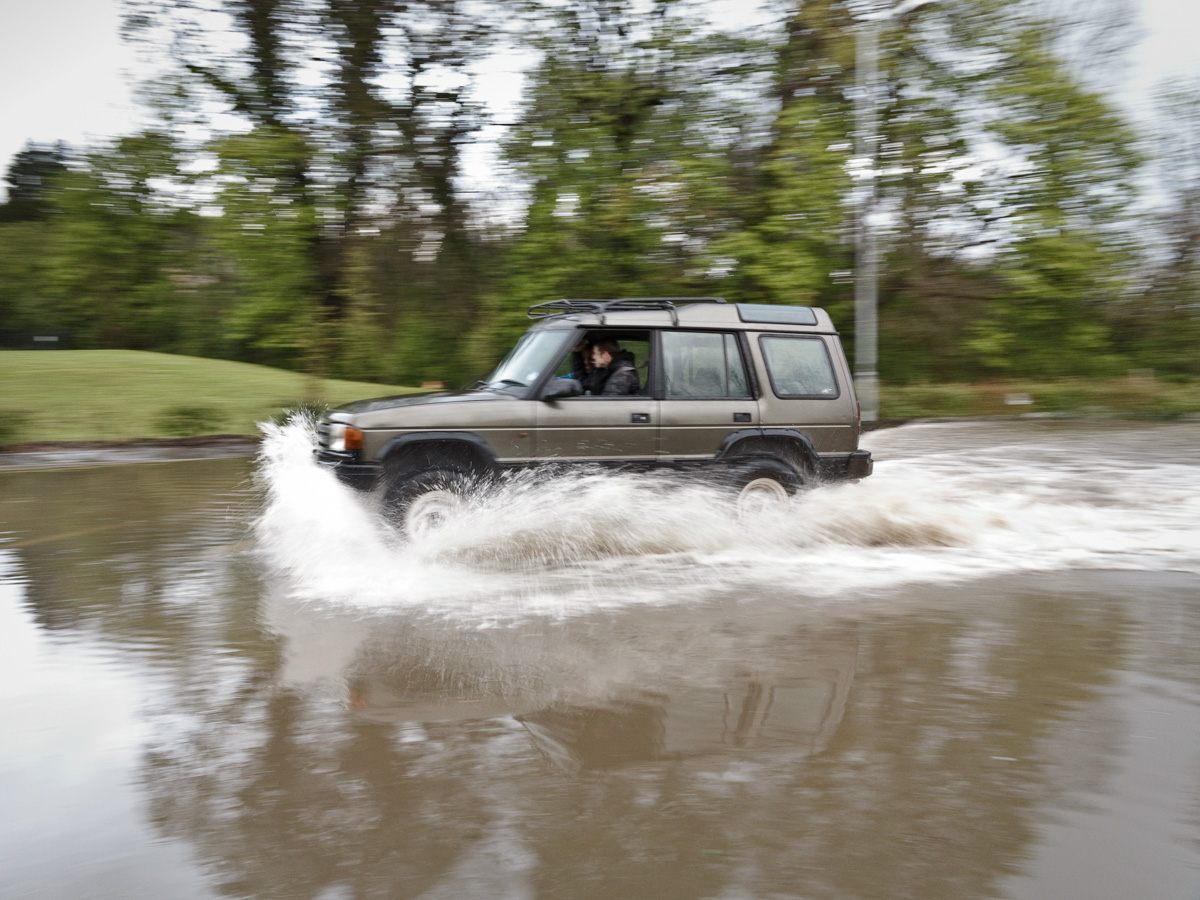 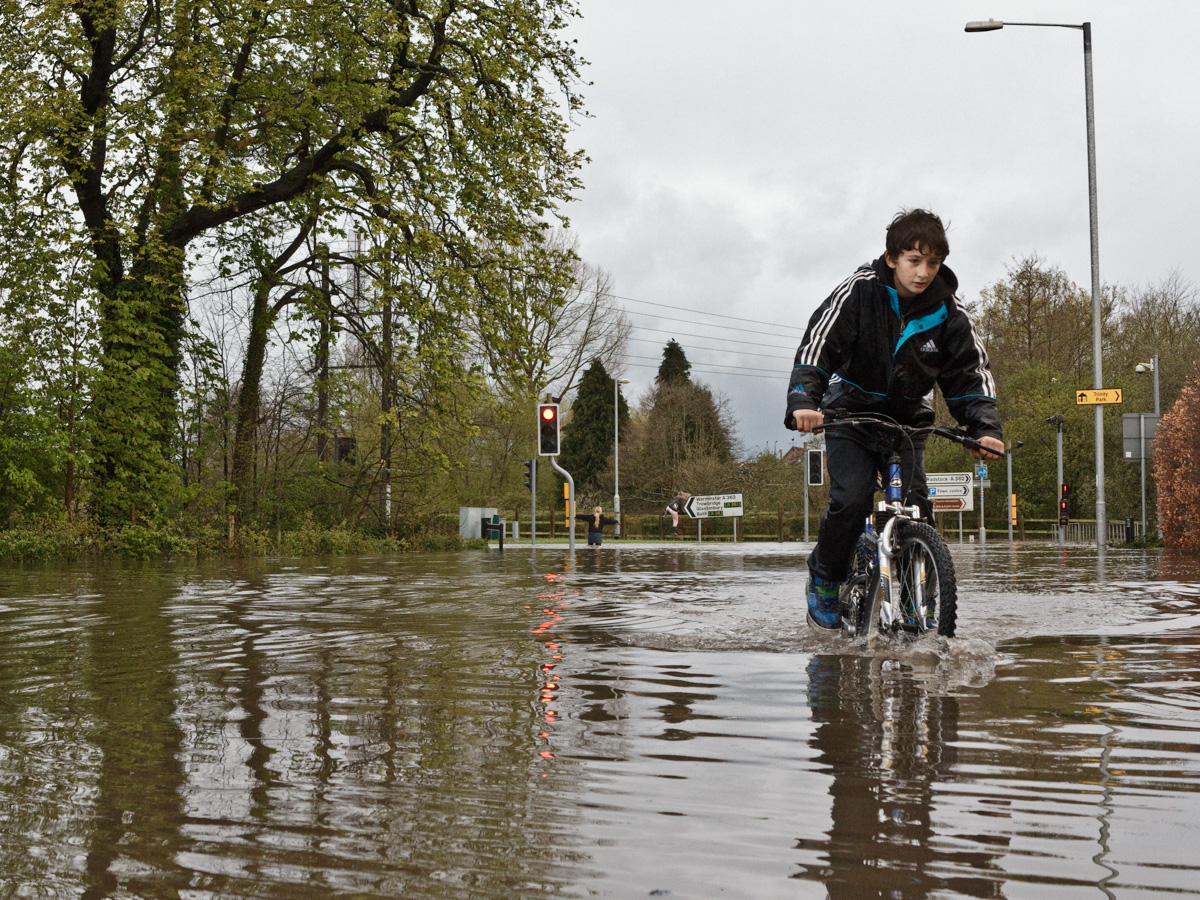 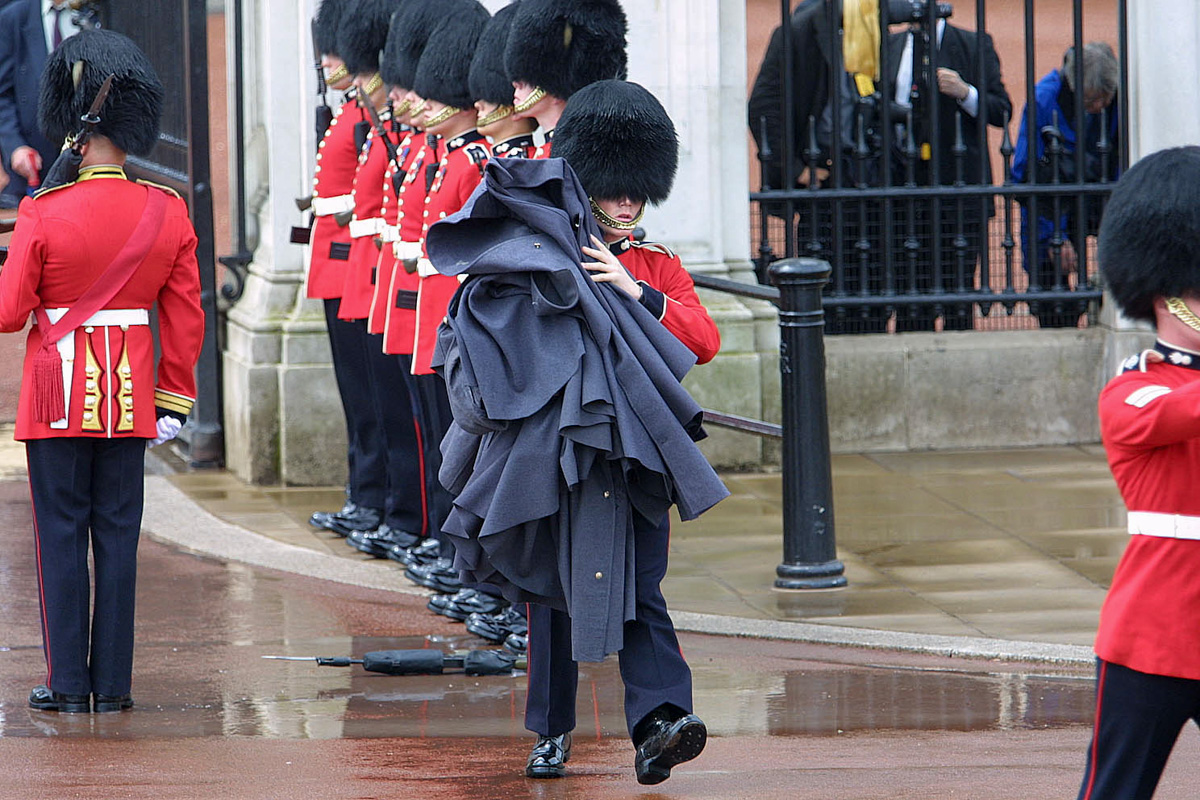 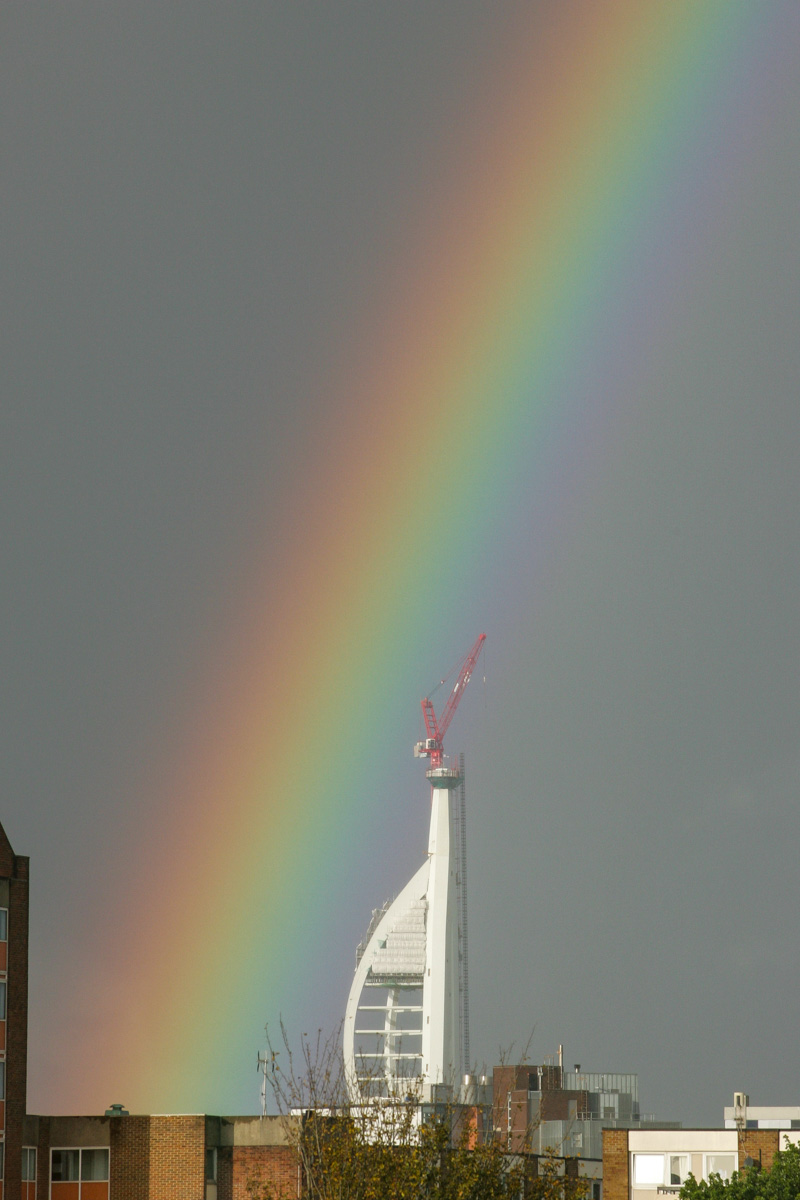 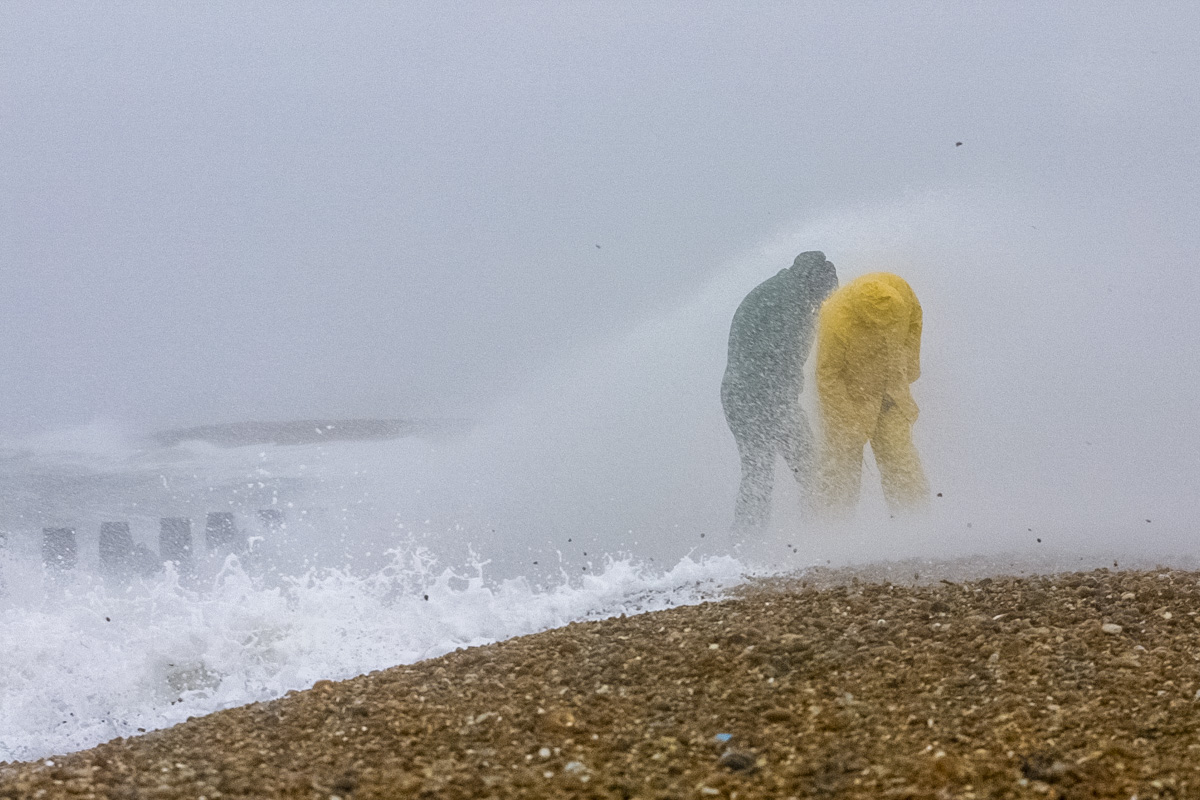 If you’re currently on holiday, sitting in a caravan on a rain-soaked and windswept holiday park in the UK, I feel your pain.

I used to take photos for holiday park brochures, mainly of the static caravan variety, and it was always a task made unpredictable by the English weather.

The photo featured here was taken after I’d been held up on a park in Northumberland by poor weather which persisted for two or three days. It got to the point where, having done every conceivable interior photo, I literally couldn’t shoot anything outdoors that would have made the park and its surroundings look like a great Summer destination as the mist, or sea fret as it’s locally known, had set in and wasn’t going to shift.

Eventually I had to abandon the shoot and drive home, which back then meant a six-hour drive to Portsmouth.

There is no moral or sage advice attached to this tale of inconvenience, except to say that it being August and holiday time, I shall be suspending blog posts until September 1st.

I hope that whatever you plan to do this Summer, wherever you go, you get the weather you want and return refreshed and ready to face Christmas merchandise in the shops and an Indian Summer which will no doubt be in full flow once you’re back at your desk. 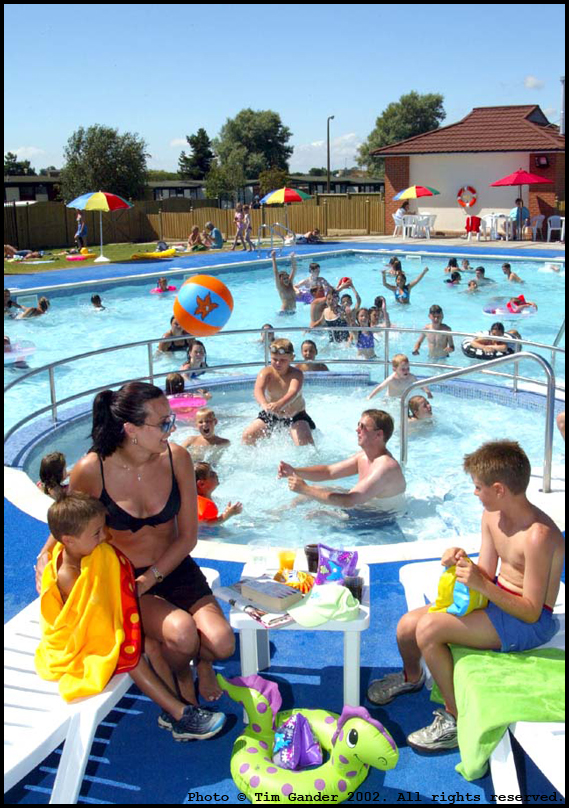 You need sunshine for an outside pool shot

Do you remember summers? I do, though I have to think back a bit.

I was thinking about this year’s weather and how it affects my work. My conclusion was that it doesn’t affect it as much as it used to, especially when I was shooting holiday park brochures for the likes of Hoseasons and Great British Holiday Parks.

It was always a bit of a struggle to time the shoots on lodge and caravan parks because I would have to organise the dates with the parks I was visiting, then spend a few days at a stretch traveling from one park to another, allowing about a day at each one, taking pictures for each park’s brochure page.

The brief tended to include getting a hero shot of the pool, a selection of caravan interiors and exteriors, the entertainments (daytime and evening), general views of the park and surrounding areas. Mostly these shots required people/models that I would have to find on the park and persuade to be in the shots.

Apart from the interior shots, everything else required a certain amount of sunshine, and I wasn’t always lucky.

One particularly memorable year I found myself in Whitley Bay, rained and fogged in for two days. Having shot all the interiors I possibly could, I waited and waited, but the weather was showing no signs of improving to the point that I gave up and drove home.

The work itself wasn’t entirely without its joys, meeting lovely people and having a bit of a laugh along the way, but it was undeniably long, hard days and when the weather broke down, it could be dispiriting. Often the shoots were timed around May before the holiday season started, so if it wasn’t decent weather it could be quite chilly and not many people around to model for the shots. 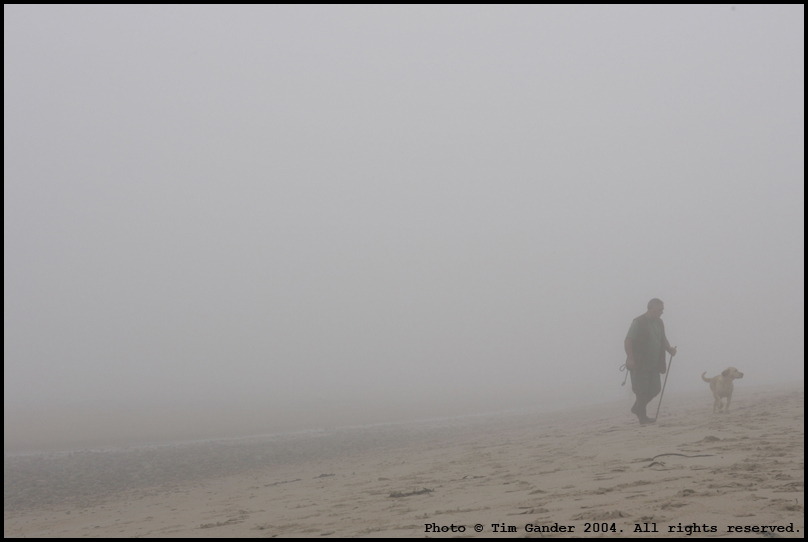 After waiting several hours for the fog to lift at one beach, I gave up and got this stock shot instead

If I’d had to shoot parks the last couple of years I think I would have gone slowly insane. Apart from the wasted effort of organising and traveling to parks, once you’ve committed the best part of a week to shooting on location you can’t book in other work. If the weather then wipes out the park work, you’re left with not much more than a couple of wet-weather payments, which don’t add up to a hill of beans.

In addition to all that, there’s the deadline to contend with. A designer would need the images by about the end of June at the latest in order to get the brochure designed and to the printers ready to go out just before Christmas. Some parks would just get skipped altogether if the weather meant that time ran out.

No, I don’t miss shooting parks too much. It was nice work, and it got me out and about. I’ve covered parks from the Isle of Wight to Wales, Dorset to Kent and Essex and both East and West coasts of Scotland, but I’ve since replaced the work with other things, and if the last few years are anything to go by, I’m probably better off for it.