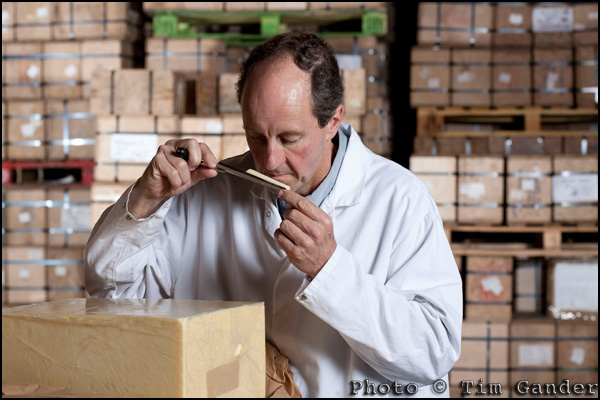 Mostly I use this blog to “air my views” on whatever has occurred to me that week, but this week I’d like to offer you a case study from an assignment I shot earlier this year.

Corporate and commercial photography doesn’t always have to consist of serious suits looking stern, important or entrepreneurial across a boardroom table.

As this set of pictures shows, sometimes I can be called upon to take pictures of a different kind of entrepreneur. It might not be obvious that that is what they are, but although the Clapp family business has been farming this site on the Somerset Levels for generations, they continue to pioneer new working methods and products while keeping their cheeses very traditional and authentic. 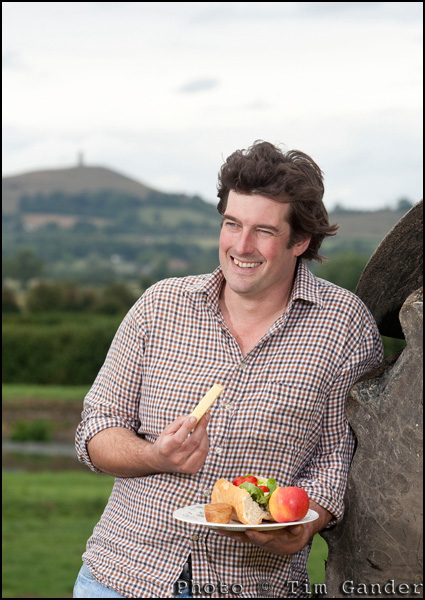 Farm and dairy herd director Rob Clapp enjoys a ploughman's with a view of Glastonbury Tor.

For this shoot I was asked to produce a small set of images suitable for inclusion in food and lifestyle magazines and general press releases. The brief was to create a “hero shot” of each of three key players in the operation; the brothers who own the business and the head cheesemaker. Of course I would have happily photographed everyone involved, because in this kind of business every member of the team is vital, but we only had limited time and only so many images would get used.

The purpose of the pictures wasn’t to record the daily working lives of the cheesemakers in a strictly photojournalistic way, but to represent them in more of a magazine style, where I had freedom to choose settings and use additional lighting to give the pictures a more polished look.

I couldn’t have been more thrilled to work with these people. I had a warm reception from the start, a chance to watch cheese being made, and got to taste some of the most fantastic Cheddar cheese ever to pass my lips – I’m a sucker for a proper mature Cheddar, not the stuff imported from Canada which just has the word “Cheddar” written on the pack, but the kind that comes from local producers who know how it’s done. The taste is incredible as it evolves in your mouth. 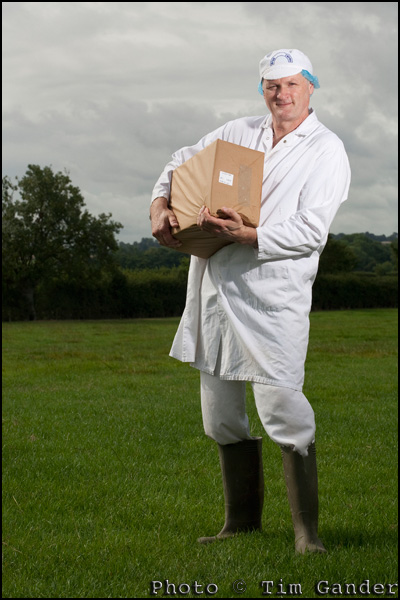 Anyway, back to the photography. I won’t bore you with details, but in essence it involved choosing suitable locations, getting the portable lights set up and adjusted and getting the shots done as efficiently as possible so as not to disrupt the working day too much. Plus I had to work fast as the weather was threatening to turn moist so I needed to get all the outside shots done before I could turn to taking pictures in the warehouse where the cheese is matured, tested and stored until it’s ready for despatch to the shops.

If you like good cheese, I strongly recommend seeking out some Brue Valley Cheddar at Marks and Spencer, or you’ll find it as Pilgrim’s Choice Farmhouse Reserve in Tesco’s.

If you enjoy seeing case studies, let me know and I’ll do more.