Sometimes my job can be quite mucky, and one recent commission was especially so.

I was booked to shoot portraits of a couple of Somerset farmers who were nominated for a national dairy award. The forecast for the next day was dull but dry. The thing is, when I woke up it was dull alright, but it was lashing with rain. The weather and the roads were so filthy that on my way to the first farm my windscreen wipers were shifting muddy spray as well as the rain, but I was on a deadline so couldn’t reschedule.

The brief was to get a selection of shots of each farmer, perhaps at the gate, but certainly with some evidence of their herd behind them. In both cases, because of the time of year and especially because of the weather, this meant the herds would be in sheds. Probably not the best of photographic situations because of the low light inside, made worse by the low light generally.

However, despite the weather, my subjects getting rained on and the animals all being fairly dark colours in dim lighting, I was pleased with the results. It wasn’t easy, but it was helped by the good nature of the farmers and I’d like to thank Alan Creed of Withial Farm near Shepton Mallet and Philip Cotterrell of Warren Farm near Wells for their help and patience when they probably had better things to do. It’s fair to say though, I had some laundry to do when I got home. 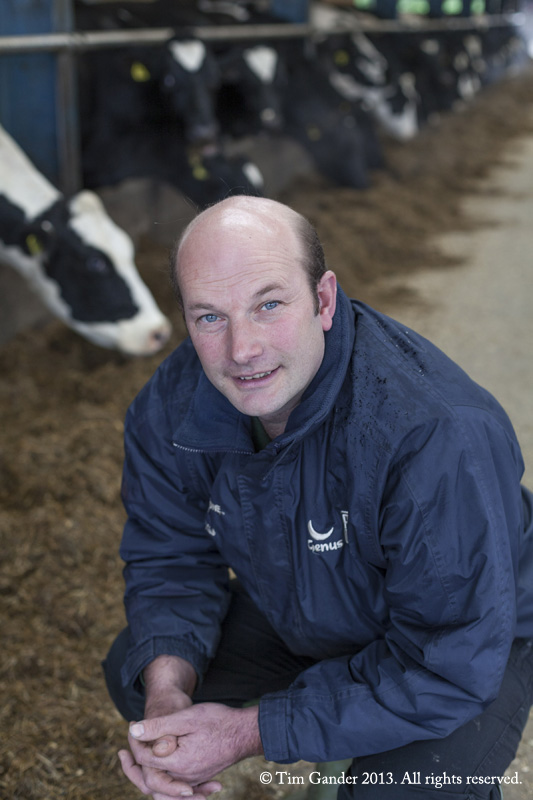 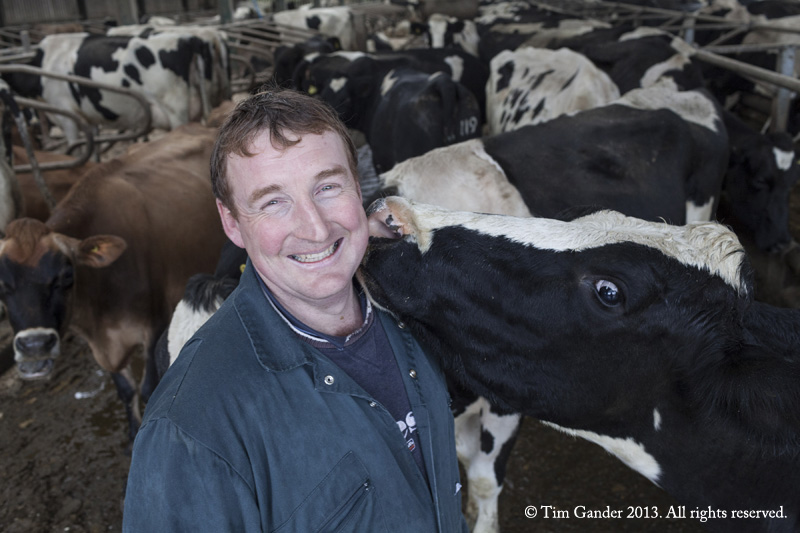 Philip Cotterrell is clearly liked by his animals 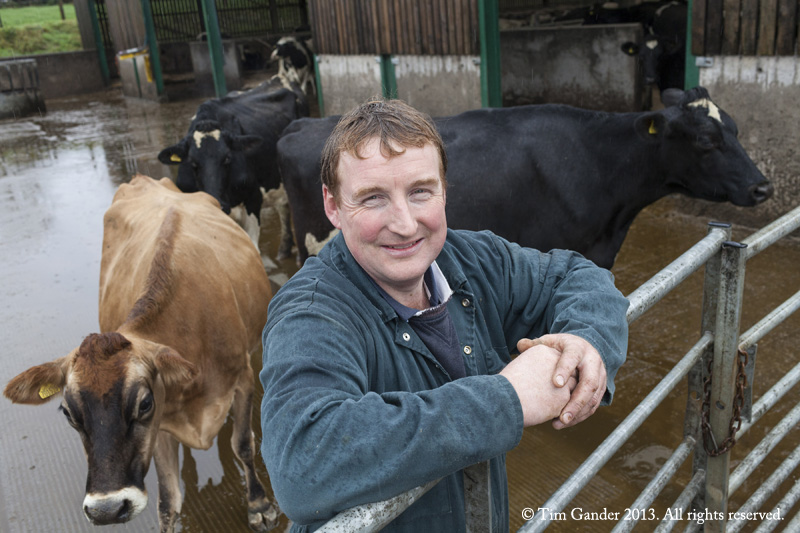 Despite being soaked with rain, Philip is still smiling in what turned out to be my favourite shot of the day