Take a Butchers At This

After all these years, I still get a buzz from sniffing out a good little story.

This one came out of a chance conversation with my local butcher, Nigel.

A few days before Valentine’s Day I’d popped along to pick up some eggs, ham… the usual, when Nigel asked if I’d be willing and able to help with something. Being the top bloke Nigel is, of course I said yes.

A year previously, Nigel’s premises had been destroyed by fire when an arsonist set light to a car parked outside the shop front. He wanted to know if there was some way of getting the remains of the shop clock framed for posterity. 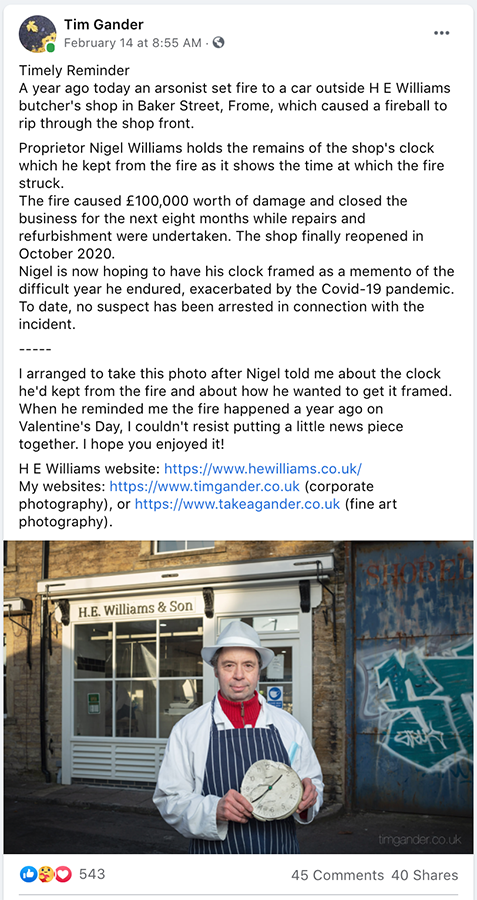 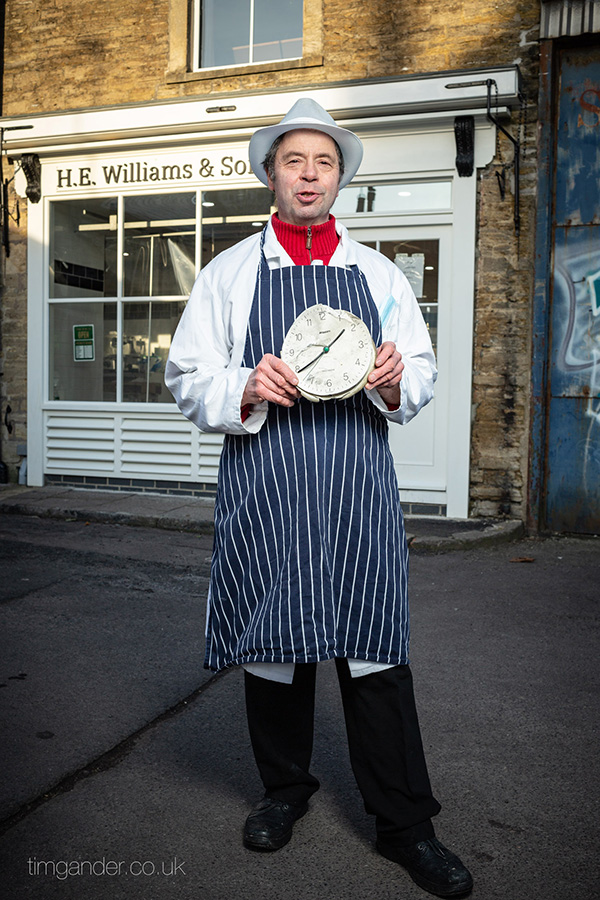 I took an upright option, but preferred the less animated wide shot. 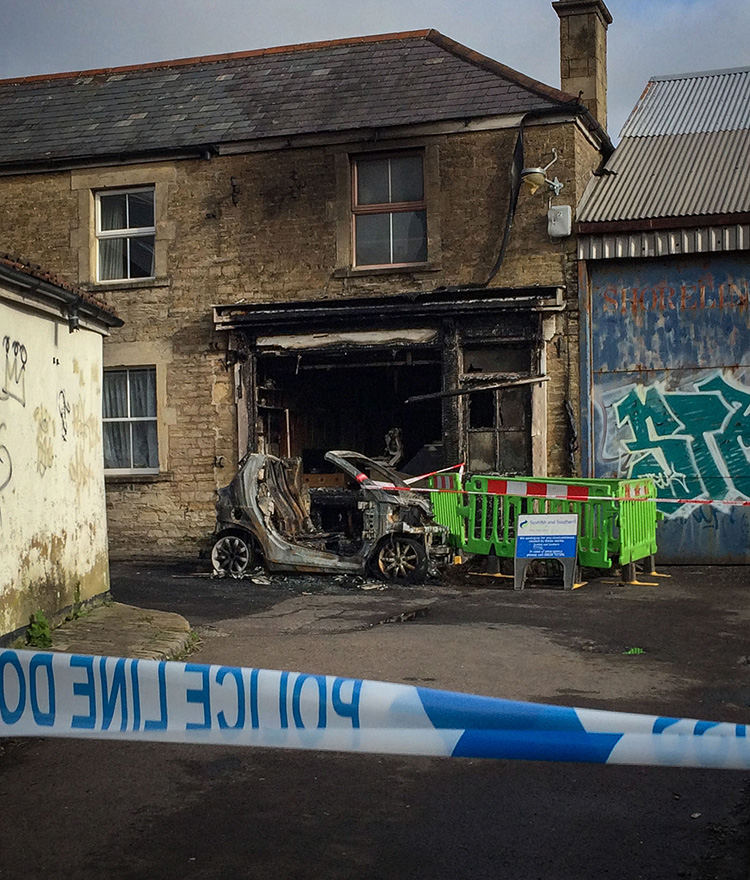 I also used a photo I'd taken on the morning of the fire to illustrate the post on Facebook.

He showed me the half-melted clock (which had stopped when the fireball ripped through the shop) and said although he felt it was a silly thing to keep, it was a reminder of the tough year he’d had – this of course in addition to the pandemic.

The best I could do was to recommend contacting local framers to see if someone could make a box frame for it. But before I left, I had an idea.

I asked if I could pop back later and take a photo of him with the clock to mark the anniversary of the fire. And though I could sense his surprise at the idea, he agreed.

And so on the Friday before Valentine’s Day I returned when the shop was quieter and Nigel posed outside for me.

That Sunday, which was Valentines Day and the actual anniversary of the fire, I posted the photo with some copy to the Frome Facebook page.

I know there’s a lot of affection in the town for Nigel and his business, but I didn’t expect the reaction my post got. Hundreds of Likes and not a single negative comment.

As a result, Nigel was contacted by customers who hadn’t realised he’d re-opened and someone got in touch to ask if he could make a box frame for the clock, so there were some real-world results to this exercise.

What this also demonstrates is that there are very accessible PR opportunities out there, and with an intelligently crafted photo and copy, the reach can be surprising, the results heartwarming.

It’s well known that well-taken photos and well-written words will reach far more people than an advert (or badly executed photo and copy), and will be far cheaper than equivalent advertising to reach the same audience.

The trick is, knowing when you have a good little story.

I make PR pictures for clients who want to get their message noticed. Drop me a line to discuss your next PR or branding project.