It’s fair to say that these days there are far more people handling and publishing images than ever before. I’m not talking about photographers self-publishing to flickr, Facebook and the like, but those people within businesses and corporate organisations whose tasks include searching out, selecting and using images within their own publications.

This of course isn’t a problem, except that some (many? who knows) seem not to have had any kind of training for the job they’re being asked to do, and occasionally it all goes a bit wrong.

Classic examples have included a council department getting Birmingham in England mixed up with Birmingham, Alabama, USA on a council recycling leaflet in 2008. There’s some irony in the fact that 720,000 of the leaflets were distributed with the wrong Birmingham on them, but that it would have been environmentally wasteful to have them scrapped and recycled.

Another council, Dover, got its cliffs in a twist when they wanted to use a shot of the White Cliffs of Dover on their website. In an effort to find a “copyright free” photo, whatever that might be (presumably a photo taken at least 75 years ago, so black and white then), the council’s design agency plucked a lovely photo of some white cliffs from the internet and used that. The only problem being that the photo they used was of the Seven Sisters, nearly 80 miles away in another county. 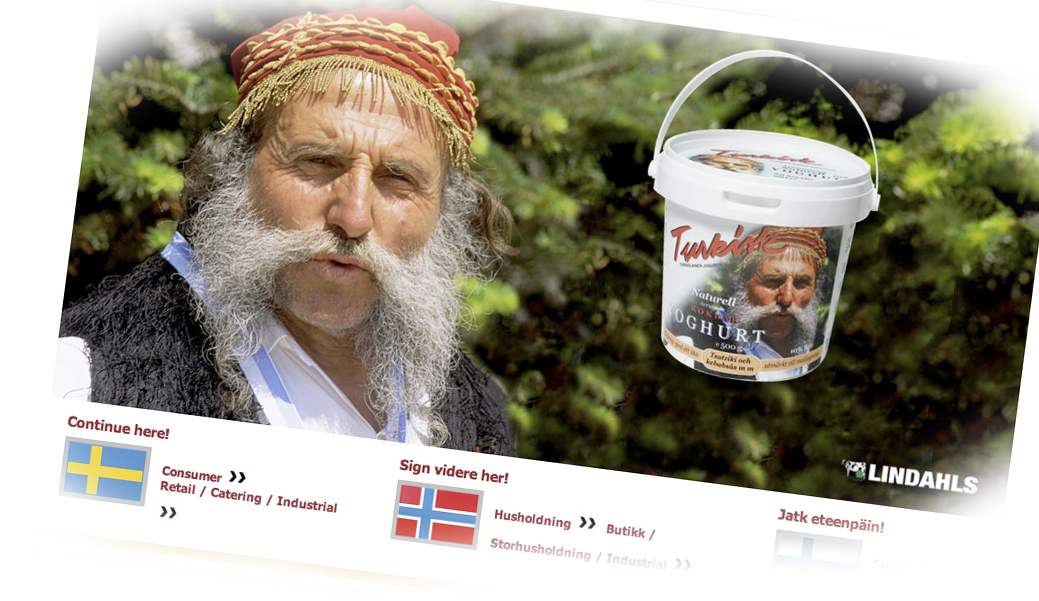 These errors probably aren’t that serious. Silly and embarrassing, and indicative of an amateurish approach to images, but nobody died and nobody got hurt. No, the prize for borderline negligence goes to the Swedish dairy firm Lindahls Mejeri, who bought a stock image of what they thought was a Turkish man in traditional costume to use on the packaging of their Turkish Yogurt. I’m not sure if it was low-fat yogurt, but there must have been some instant weight loss when the firm discovered that the face adorning all their yogurt pots and marketing was that of a Greek man. Those of you not aware of the political faux pas in this situation,  just imagine that the feelings a Greek will have for Turkey are enough to curdle yogurt at 150 paces.

In that instance Lindahls are said to have paid an out-of-court settlement to the tune of over £500,000, such was the depth of the plaintiff’s hurt. Personally I wonder what the photographer’s caption read when he/she uploaded the image to the online stock library that sold the image onto Lindahls. Had the caption been misleading? or was it simply ignored?

And that isn’t the most serious case to have cropped up recently. In November of this year, The Guardian newspaper reported how The Independent had managed to confuse a photo of a Croatian film actor in Nazi uniform with a suspected Nazi WWII criminal Samual Kunz (oh the irony of his name!). This would be bad enough, but running the image next to the headline “Wanted for the deaths of 400,000 Jews,” this kind of error becomes serious, defamatory and potentially very expensive to settle. Take the cost of some spilt yogurt, and multiply that a few times.

I used to help run the picture desk of a regional newspaper, and was often required to find library photos of people featured in articles we were running. I was always careful about making sure I’d found the right photo of the right person, but if the story was particularly traitorous, for example reporting on the subject’s criminal activities, I would make sure I had three reasons to know that I had the right perpetrator. If I couldn’t be certain, I didn’t offer the photo for publication.

You have to wonder though if people handling images now have become too blase about the whole thing. Will it take a very high-profile case to make people a little more professional in their handling of images?

I’m going to finish on this rather tragic case of picture research gone wrong. On December 2nd 2010, this comment appeared at the end of an article on photographer Richard Mills:

would you have a photo of a grouse . We are looking for one for a brochure on a walking route in co tipperary .

The article was an obituary for… Richard Mills.