A moment of reminiscence: About a year before I finally broke into photojournalism, I applied for a photography course at Bournemouth College of Art and Design and during the interview I was asked: “What would you do if photography was banned tomorrow?” I was caught off-guard, and hadn’t really made any plans for the following day. I’d assumed I was going back to work in the camera shop, but if photography was to be banned there didn’t seem much future in that. Caught off-guard I mumbled something about being keen on the music industry, and so lost the chance to get a place on the course.

Had the lecturers with their sneaky interview questions really known how desperate I was to become a photographer, they would have offered me a place on the spot – but with hindsight, I wasn’t ready to do the course and my fluffed answer proved it.

Despite the popularity of sites like Facebook, people are often more guarded about having their photo taken than perhaps they were just a couple of decades ago, and sometimes understandably so, but it’s starting to look as if a back-door privacy law may be in development in our courts (mostly geared, it has to be said, to protecting the privacy of the rich and influential). This is an area I know I’ll have to revisit in more depth at a later date.

Meanwhile, many areas of town and city centres are now privately owned, with over-zealous security guards ready to pounce on anyone who looks like they might be taking photos. Canary Wharf in London is quite notorious for photographers being stopped by security bods and police on the lookout for potential terrorist scouts, though quite why a terrorist would go around with a bulky DSLR and lens is anyone’s guess. People with camera phones seem not to get stopped in quite such numbers.

Taking photos in public parks and gardens isn’t without risk of intervention either. When I needed to take a portrait of an elderly gentleman sitting outside on a park bench (which, excluding myself, elderly gentleman and park keeper, was empty) I was approached by the friendly-looking parkie who wanted to know why I was taking pictures, saying “I can’t be too careful, you might be one of them peadophiles.” I didn’t punch him as that might have been misconstrued  as a terrorist attack.

Thankfully it seems the poor record of photographers turning out to be members of terrorist cells (and the banning of the use of S44 powers) has meant the police have reduced the number of stops being made under anti-terror laws, and the insane fear of anyone with a camera being a “peterfile” appears to have subsided a little. For now. 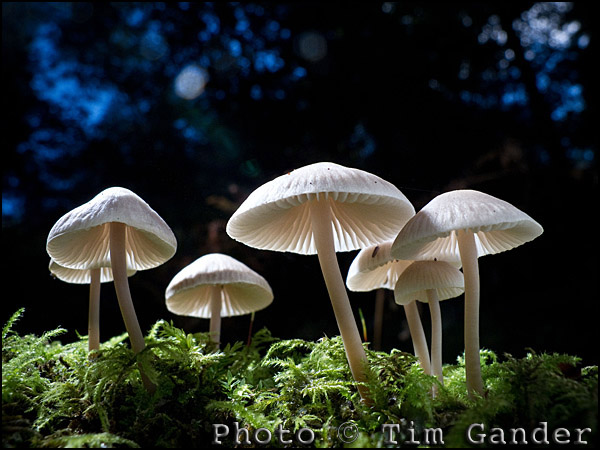 There's not "mushroom" for photographers these days.

But while parks, shopping centres and internationally vital financial districts might need the cautious approach, what now of the proposed sale of over 900,000 acres Forestry Commission land? It could mean that taking pictures in the countryside will become more restricted. Of course it’s harder to police such areas, and if a landowner doesn’t want you to take photos on their land they can only ask you to leave and use reasonable force to remove you. You’re unlikely to get arrested, unless you do something really stupid, but it’s another possible hassle.

You might be wondering why I’m even mentioning this, but if landowners start to restrict public access to their woodland, and maybe start to get heavy-handed about it, they may not be able to do much in a legal sense, but it could be yet another area where photography becomes restricted.

Could we see a time where property and privacy law come together to mean we can only take photos from public footpaths of scenes with no people in? Maybe I should have taken that college question more seriously after all.

Update: If you would like to sign a petition against the UK Governments’ proposed sell-off of publicly-owned forest land, head over to the 38 Degrees website and add your voice.