For the last two weeks everyone (almost) was going Olympic mad and while I was pretty cynical about the whole thing in the build-up, ten minutes into the opening ceremony I was completely won over.

Professionally-speaking, apart from covering the torch relay as it left University of Bath, I’ve had very little involvement in the Olympics. However, I did get to cover the “Triathlon Live” Give It A Tri event in Bristol’s Millennium Square last week, an event held at various locations around England and organised by Triathlon England to bring active sports to the public.

Teams and individuals visiting the event could try swimming, cycling and running, all on machines and in a high-tech swimming pool and against the clock. It was great fun, but the weather tended to keep the crowds away from the open-air seating where they could sit and watch live Olympic events on a giant screen.

It did make for some interesting shots, a couple of which I’ve featured here. 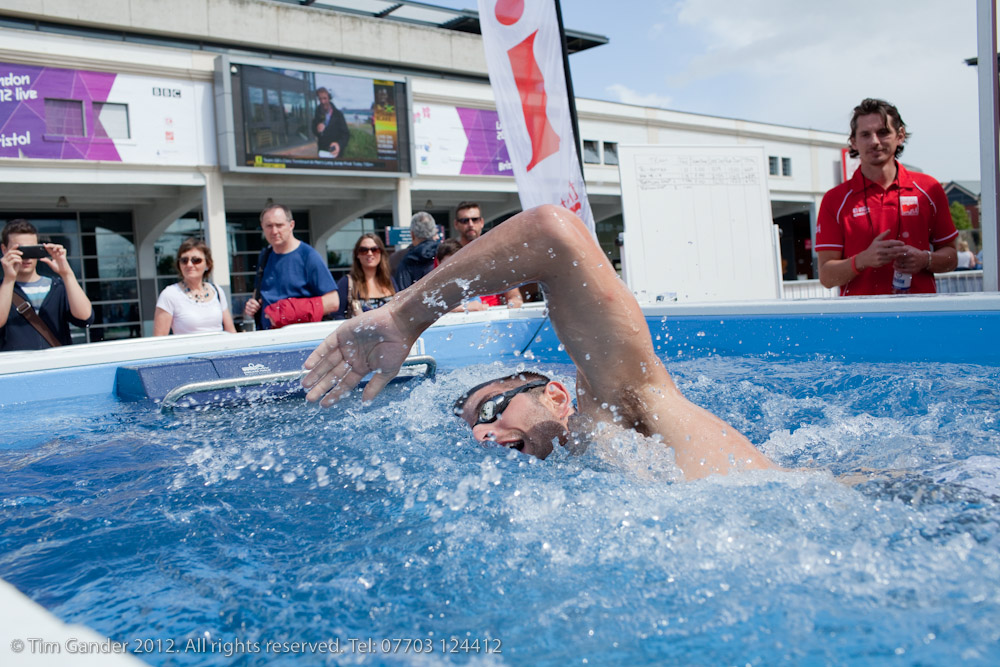 When the sun came out, the water was lovely. 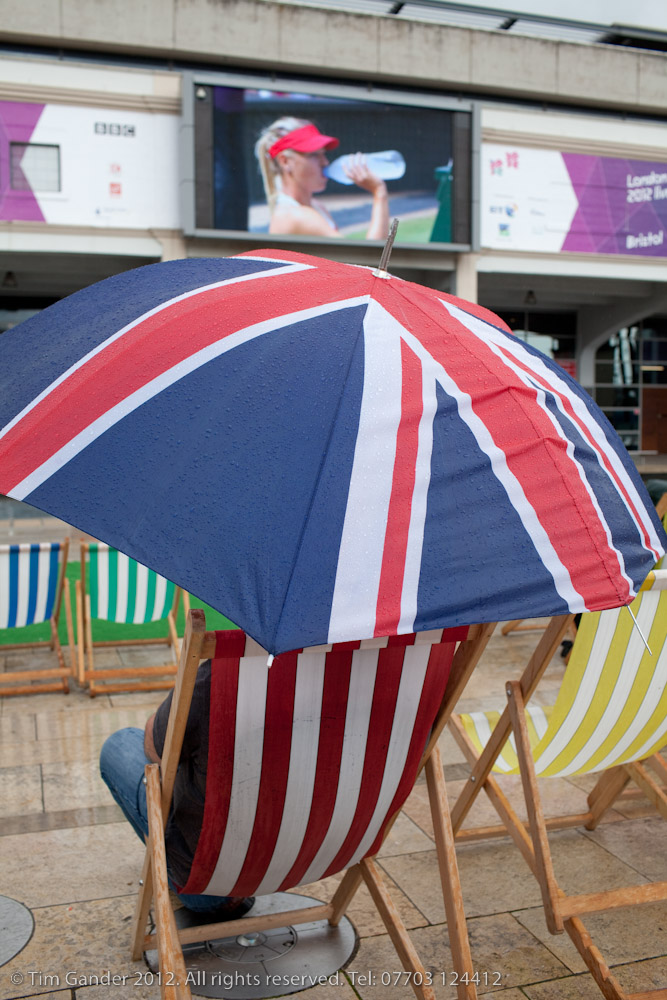 It may have been thirsty work at Wimbledon, but in Bristol there was an abundance of water.