I’m thinking it would be too easy to write yet another tale of woe about a small business getting caught with unauthorised images on their website, and if you read my blog regularly you won’t need me banging on about copyright yet again so I won’t. Of course if you want to know more about this, read The Guardian consumer column which will enlighten you further.

Instead I’m going to tell you a new and surprising fact; Photography is more crucial to the promotion of business than it has ever been.

That I’m saying this isn’t perhaps all that surprising. What IS surprising is that it’s been said by John Owens in PR Week. If you’re a photographer, you might be peeling your eyebrows off the ceiling after reading that. Yes, an organ of the public relations industry is extolling the virtues of photography in brand awareness. I utterly commend the article as essential reading to all PRs who either don’t know, or who might need a reminder of the importance of good quality, engaging imagery for their campaigns. 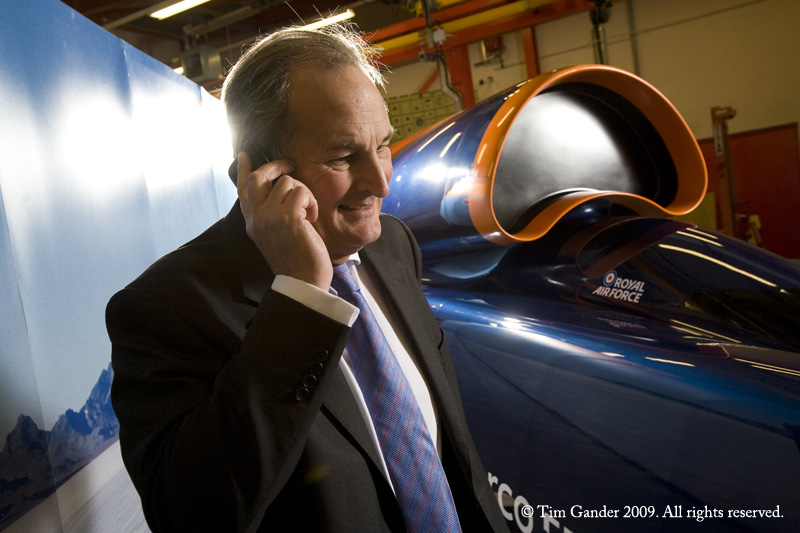 Behind the scenes, un-staged photos (such as this one of Richard Noble of the Bloodhound SSC project) are championed by the PR Week article.

The piece even concludes with an immensely useful check list written by Matthew fearn, picture editor of The Daily Telegraph, for PRs wishing to get exposure in national newspapers, but which is also a perfect outline of good practice for PRs sending images to trade and local press too.

There are one or two points in the article where I would advise caution, as you would expect me to (knowing what a cynic I can be), but I think they’re worth a little extra consideration.

The author sites a couple of examples where big name brands have engaged the goodwill of their customers to help with social media campaigns on Facebook and Twitter. In one case Lego asked customers to send in creative images of their models for use in what was a highly successful Facebook campaign. Lego’s head of social media Lars Silberbauer says, “At Lego, we are at a stage where we would rather build a stage around our customers’ content than a campaign using fixed assets.”

I say, “Yuhuh I bet you would.” Fixed assets are expensive and customer-supplied content is free. I’m not actually saying brands shouldn’t do this, but it must be done in good faith and brands need to be aware that crowdsourcing can backfire.

In the case of Lego, where customers knew exactly how their images would be used, the campaign was a success. In the case where Instagram wanted to grab rights from its users for unspecified use, the exercise blew up in their face. I wonder how many times a brand loved even as much as Lego could use this exercise. People are increasingly aware of the commercialisation of their non-commercial photos, and while I don’t condemn crowd participation per se, I would urge brands to ensure their use of freely-offered images is circumscribed and boundaries are clear.

You might conclude I’m worried about the public taking PR work away from me, but that isn’t such a concern. As long as the public aren’t being taken for fools and brands play fair, I’m comfortable with this. Any business doing PR properly will have a range of different avenues for exposure, including social media and low-end imagery alongside higher-end imagery, press PR and advertising. It shouldn’t be treated as a one-or-the-other equation.

PR is vital to any business of any size. It’s bad PR to use other people’s images without permission, it can be good PR to ask for pictures if the deal is fair, and a good photographer with real newspaper training and experience can help you get exposure at a fraction of the cost of advertising. So go hunt goodwill, just don’t shoot Bambi’s mother in the process.