When I arrived on location, the bikes were set up for a spinning class at which a group of cycling enthusiasts, athletes and sports trainers were taking part in a session. The purpose of this was to introduce them to the bikes and their various high-tech features, while also creating a suitable scenario for me to get some shots of the bikes in action.

My first problem was that of how to light the scene; this was a fairly large group of people in a very tight space, with a massive source of light coming from behind them.

With careful positioning of the camera and a bit of shifting of a few distracting objects I managed to get enough room to include the group without being able to see my flashes which were set up, just outside my field of view, at each end of the space in order to bathe the cyclists with enough light to counteract the daylight which would have silhouetted them. I didn’t have much leeway to move about, so the main shots pretty much had to be taken from one position.

Having achieved the basics though, I was able to take additional pictures showing details of the bikes and small sections of the group as well as a few more creative images experimenting with slower shutter speeds and camera/lens movement.

When the group took a break I was able to set up a very quick photo of sports Team Bath athlete Eva Piatrikova as an alternative to the wide group photos.

Team Bath posted an article using two of the pictures, tweeted one and will use others in future materials to promote the cycle training sessions, so if you’re a keen cyclist wanting to improve your technique or want to learn the basics, now you know where to sign up. 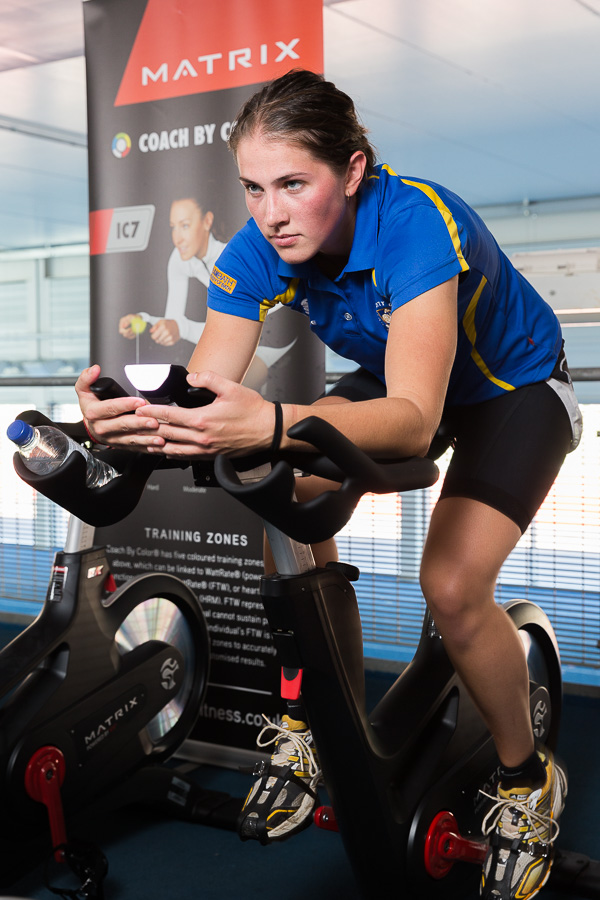 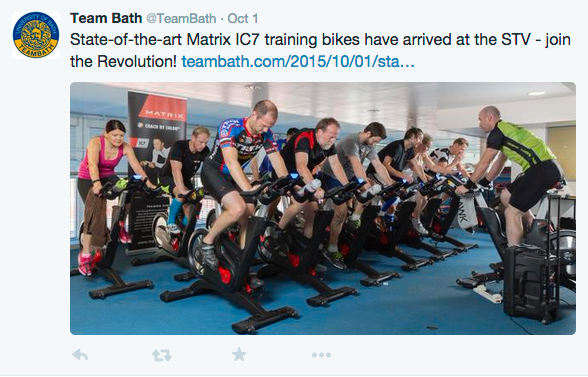