Last weekend I had a sudden urge. I dug out my old film camera, found a roll of Fuji film in the fridge (three years out of date, but what the heck) and headed out into miserably wet weather to see what I could find.

To my astonishment, having shot the roll, I discovered Frome Photo Centre still runs a one-hour service, so I headed off for coffee and cake at Paccamora while my film was being processed and printed.

Now I no longer have a film scanner, so had to use a slightly Heath Robinson arrangement to digitise the negatives, and even then they don’t come out as positive images. A bit of work on them in software is required to achieve positives, and the colours aren’t perfect, but it’s a chance to be experimental. See what you think… 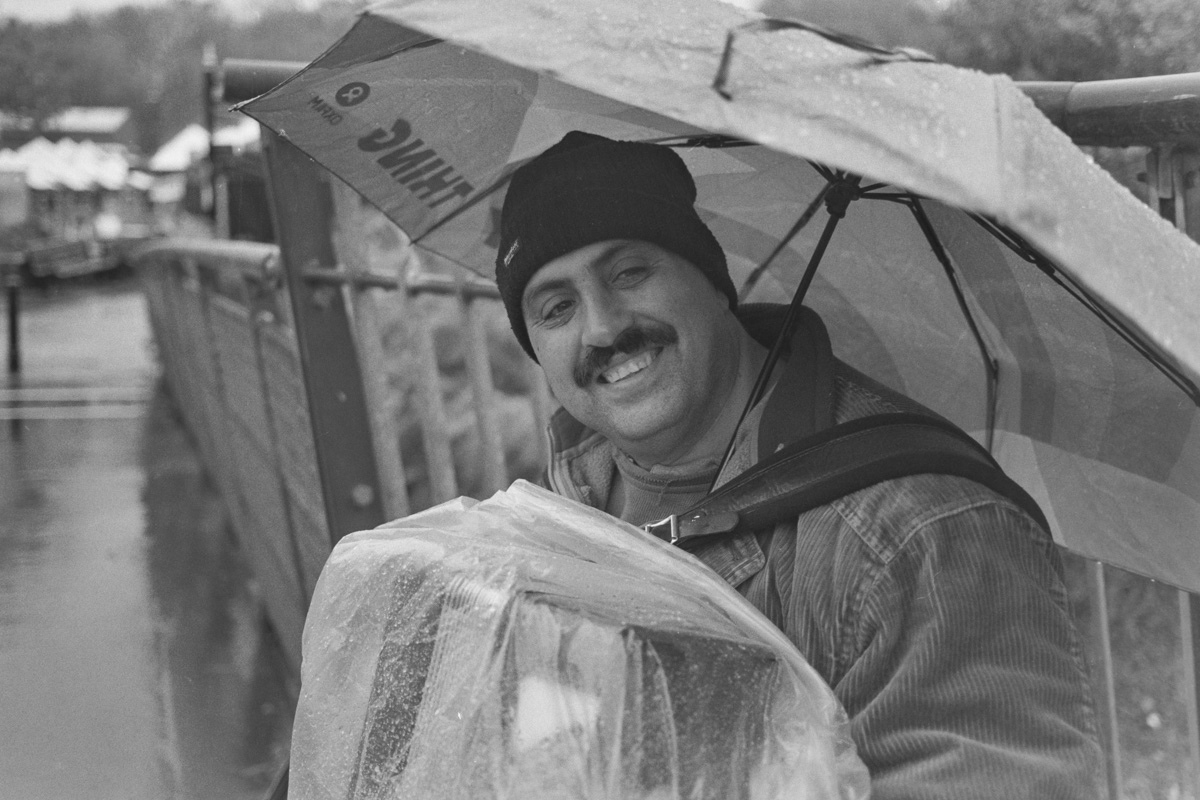 Accordion to him, rain isn't a problem 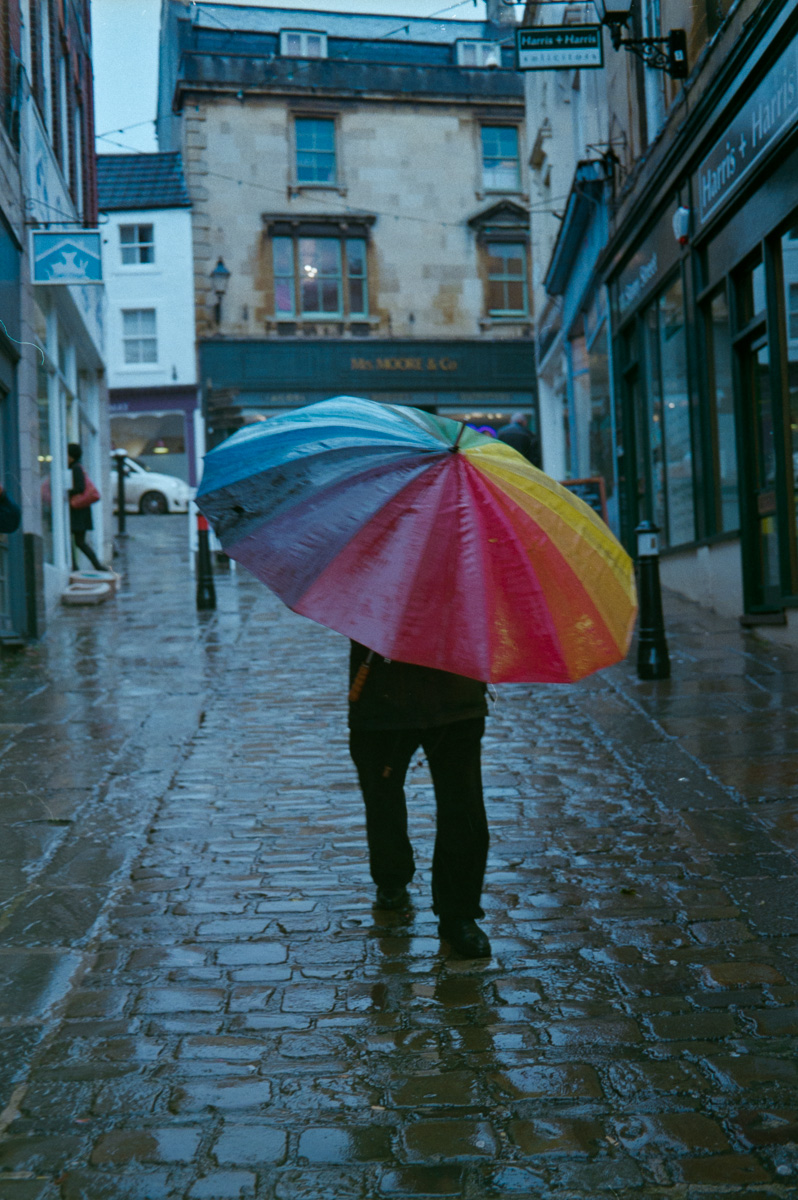 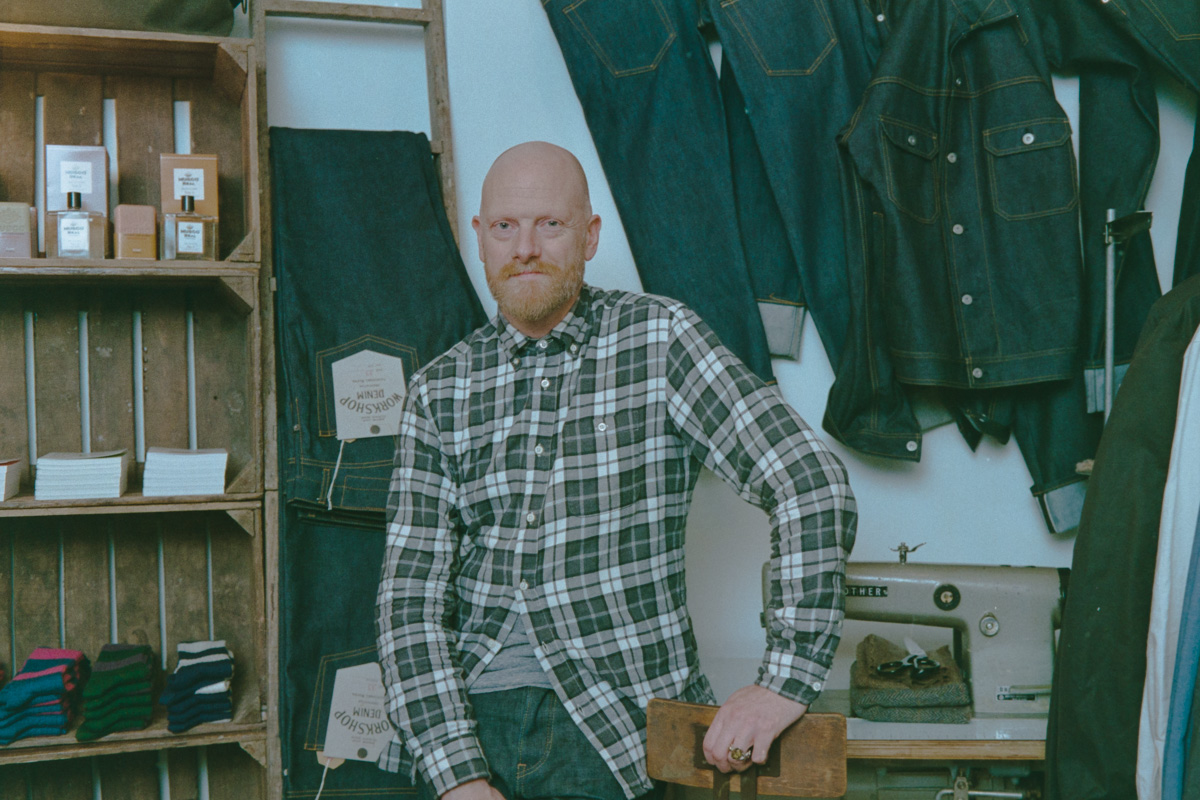 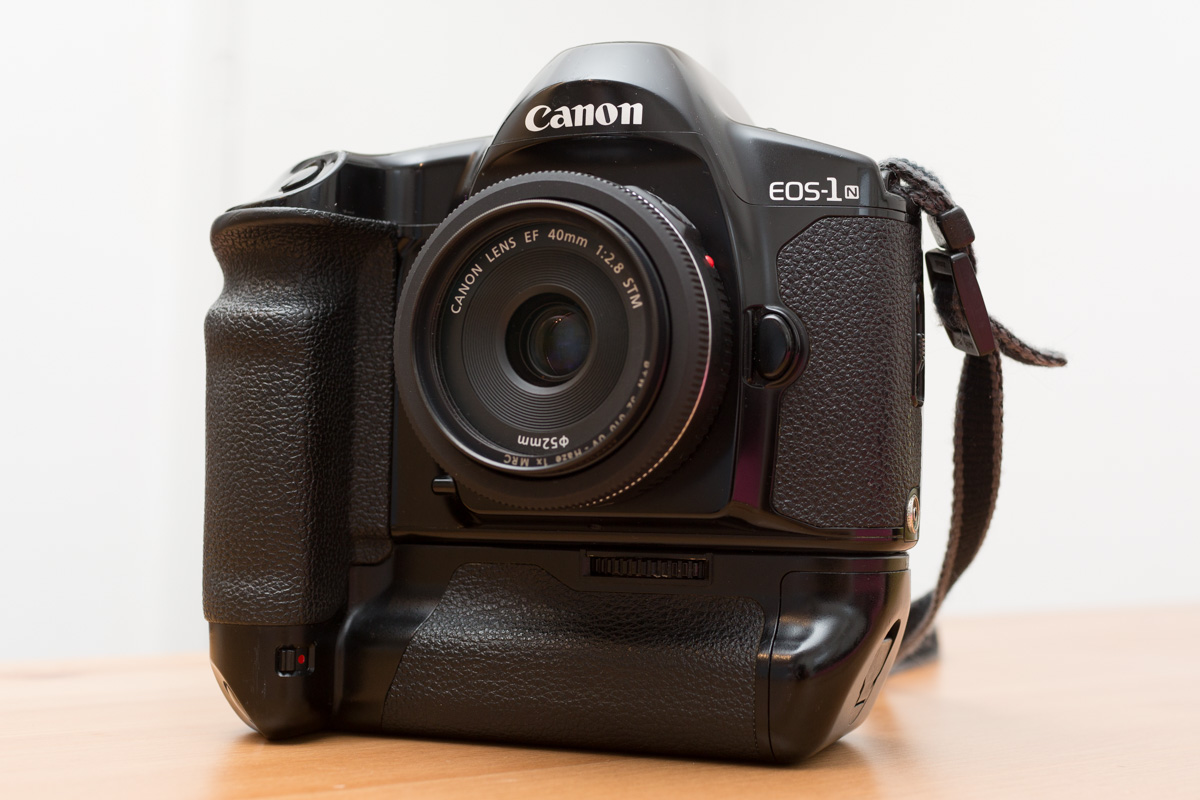 The exercise was fun, despite the fact I was soaked by the end. The portrait of Anthony pleases me because it was literally a frame to finish the roll and I used a 30-year-old flash gun to light him, yet it looks so natural. At some point I’ll organise a decent scan of this shot.

I’d like to get back to shooting more film, if only for personal projects, but will probably do black and white rather than colour because I know I can process this myself and get exactly the quality I want. Of course if a client wants a job shot on film, I’ll jump at the chance. For all the benefits of digital, film still has a certain quality about it which digital can’t quite replicate. It would be interesting to talk to a client who wants that difference in their marketing imagery.

As if this wasn’t enough, I decided to pop out on Sunday evening with my friend Nik Jones, a graphic designer based in Frome, to shoot some long-exposure pictures. This time in digital. Nik wanted some pointers on getting photos of trailing car lights, so we headed to a bridge over the Frome bypass.

As a result of that little adventure, I turned a series of still images into this GIF animation using gifmaker.me.

So my weekend spanned everything from old-school film to new-school animation, and while all this might seem to serve little purpose beyond a weekend’s entertainment and a blog post, exercises like this get me thinking about new approaches and techniques which I can apply to client work. It would certainly be interesting to speak to anyone interested in having either film-based photography on their website or even a GIF. I can think of interesting applications for both.