Back to Personal Projects

It has been quite a while since I managed to get out and work on my personal project, People’s Frome, but on Wednesday afternoon last week I did manage to get out for a couple of hours. The weird thing is that whenever I decide I’m going to go and work on it, I worry there won’t be anything which will present itself to help move the project along.

And yet, almost every time I do go out, I find something that works. I guess that’s what they call making your own luck. 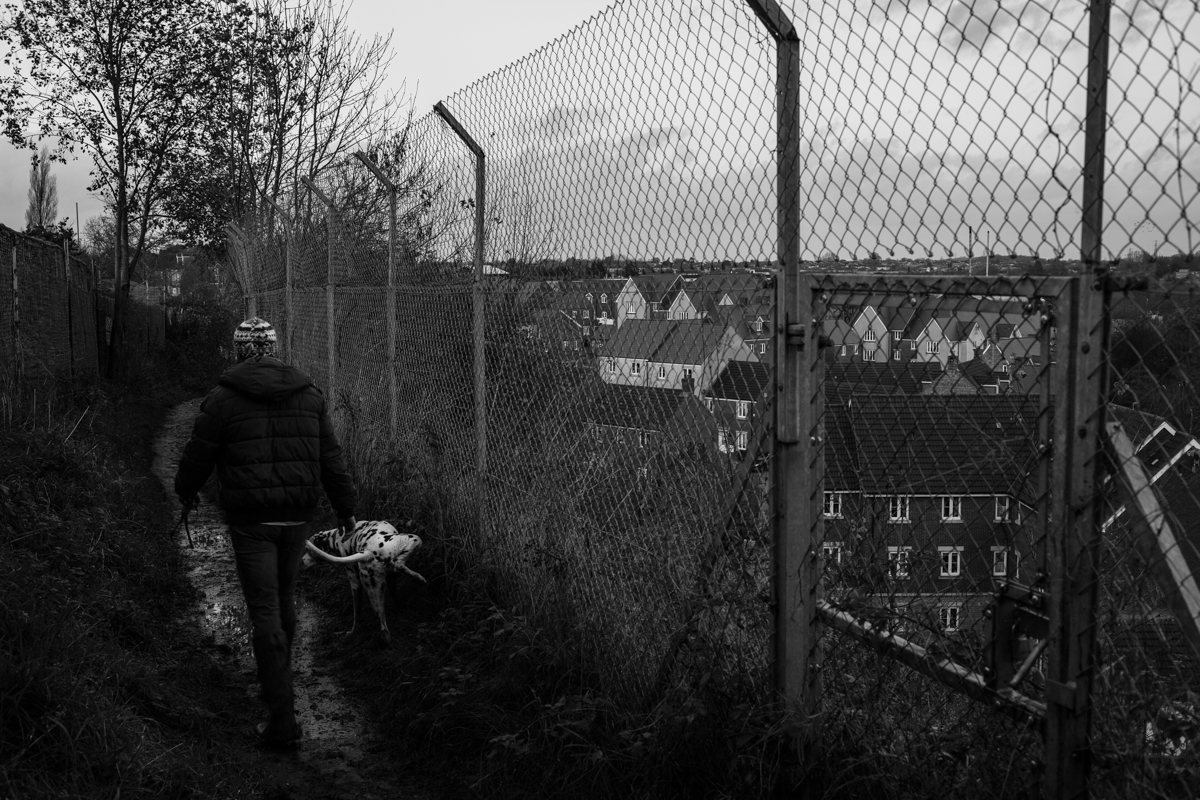 This particular trip was a bit of a mixture though. I’d taken a walk into the area of Frome which has so far been the anchor to the project, The Mount, and not seen anything worth a look. The light was rather flat and uninteresting; one of the strengths of this project so far has been how the light has helped set the tone. This time though, light wasn’t on my side.

The shot I came up with did include some serendipity though. I’d decided to show this path and fence with its view through to the Knights Maltings estate beyond (a relatively modern development which hugs up to a precipitous bank, above which sits The Mount). I’d taken a few shots when I heard a dog walker coming along behind me. We exchanged hellos as he passed and I waited for dog and owner to get to the right part of the frame to complete the shot.

Just as they got there, the dog cocked its leg and I grabbed the frame. I’m not going to pretend this is a modern classic, yet there is a lot about this image which pleases me; the balance between the rather grim fence and ticky-tacky housing beyond and the humour of the dog taking a leak and the way all the elements work together.

On the down-side, once I’d got this shot I carried on down the path, but while trying to traverse some flood water which was blocking my way, I managed to slip and fall forwards onto my camera. The camera was fine (once I’d cleaned all the mud off it), but I’ve been putting up with a very sore, possibly broken rib since. I guess that’s what they call suffering for your art.