Five years ago I covered an event for University of Bath which celebrated the granting of sponsored scholarships to students. Certificates were given and a group photo consisting of around 50 students was organised. 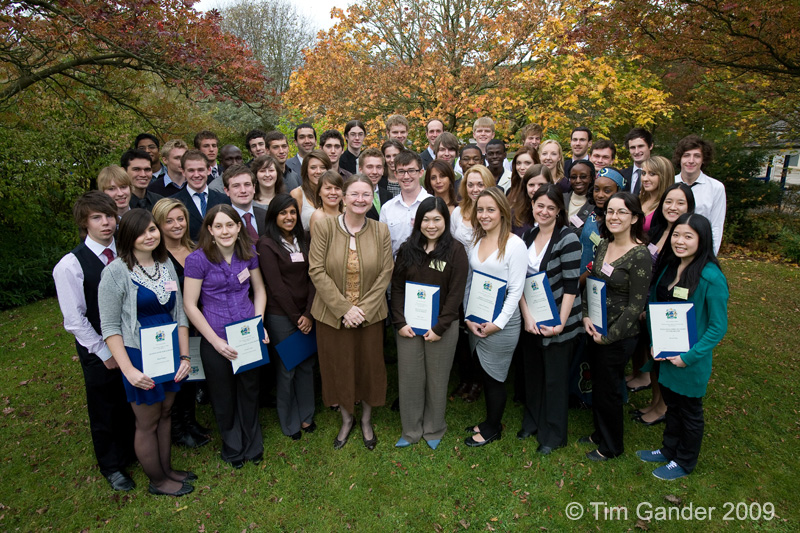 Last month I covered the same event which has grown hugely since its inception. This time the group photo was of almost 150 students. 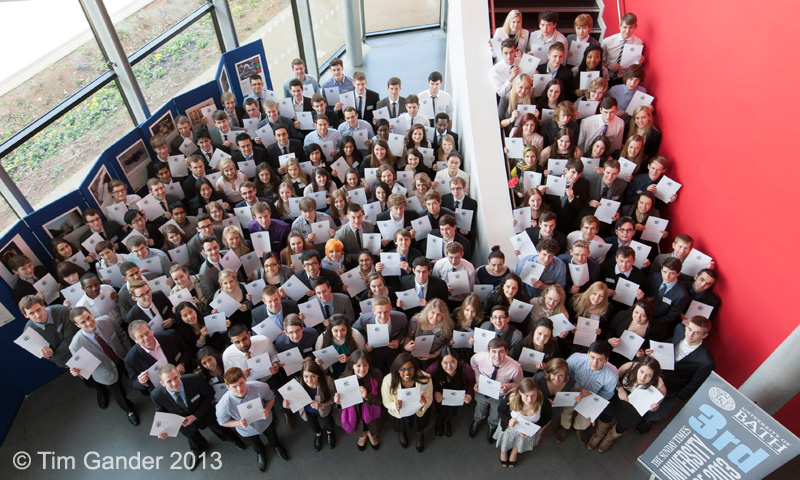 …to 150 in five years (don’t count them, some hadn’t arrived by the time the photo was taken)

It’s sometimes interesting to look back on assignments which have repeated down the years and see how they’ve developed. This scheme grew very quickly, and I won’t bore you with every group shot I’ve taken, but the contrast between 2009 and 2013 is certainly pretty stark.

The first photo was taken using a stepladder, the latest using a mezzanine floor overlooking the foyer of the building where the presentations took place.

I don’t know if the event will grow even more, but maybe in a few years’ time I’ll need a crane lift and a fisheye lens if I want to get the entire scholarship contingent in the frame!