Or, Captain Caption and the WORDS OF DOOOOOOM!

Okay, so we’ve already had two thrilling episodes of Captain Caption, and in this one we see our Lycra(TM) -wearing hero save the day yet again as we delve into the murky waters of the legalities of caption writing.

Actually, if you’re sensible, it’s not all that murky, but it’s wise to be aware of some basics.

I’ll deal with this in two sections, editorial and web. This applies to captions which appear under (or adjacent to) a photo, or the embedded caption in the IPTC table, which I covered previously.

If you’re sending out captions as part of a press release, either to print or web, you need to apply editorial standards. That is to say, the caption needs to be accurate and succinct. The first of those is vital. It is possible to libel someone by using a misleading or false caption on a photo. So stick to the facts of the story, and the realities of what is in the photo.

Be careful with your choice of words in captions. If a teetotaler is photographed holding a glass of water at a charity bash, don’t just caption that Mr X “enjoys a drink at the event” as the connotations could be misconstrued. There are too many examples to list, but common sense should guide you. 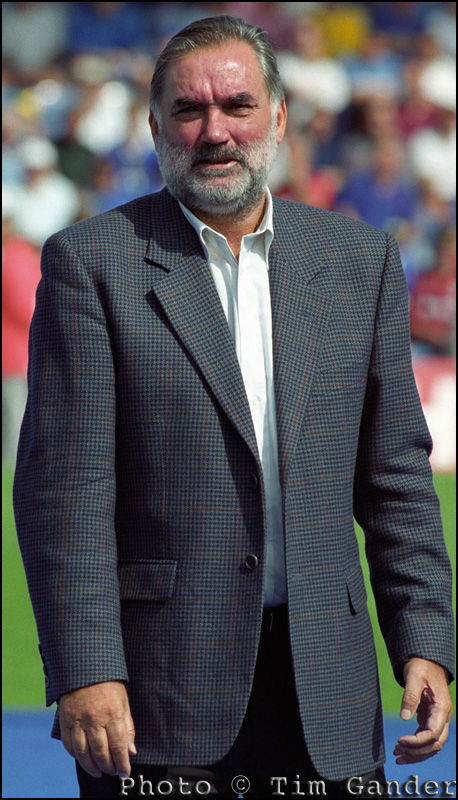 George Best - Safe to refer to his drinking because it's true. And in the UK, you can't libel the deceased.

The really simple answer is that if you’re going to send out a photo with a press release, get a press-trained photographer to shoot and caption the images. They’ll understand the style required, and the legalities of accurate captions.

Of course where images on the web are concerned, you still need to be careful to be accurate and avoid libel – perhaps more so because of the reach of the web, but the most commonly-committed sin on web images is to omit or strip out the electronic caption stored in the IPTC table.

You may not think this is much of an issue, and although it isn’t a criminal offence to omit the caption it can still lead to legal problems. Anyone who takes a photograph has the moral right under the Copyright, Designs and Patents Act (1988) to be identified as the author of their work. All professionals and image libraries will state this as a term of use of their images.

Unfortunately, it’s not too difficult to strip out the table and leave the photographer unidentified with their own work. This is an issue which all web designers will need to address increasingly as there are moves afoot to introduce an orphan works act in UK legislation. This would allow image users to find pictures on the net and use them without paying if they can’t track down the original author. It’s a bit more complicated than that, but it’s a huge threat to the viability of professional photography, and could also result in the pictures you took or bought for your business web site being lifted and used in ways you might not appreciate and without the IPTC caption identifying the author, it makes the images even harder to keep track of once they’re out there.

So remember, when composing captions; play safe, be accurate, keep it simple and make sure you keep it attached to the photo.

But now Captain Caption has flown his last mission. The skin-tight hero costume is wearing alarmingly thin at the crotch, and the cape keeps getting tangled in revolving doors, so I’m going to leave captions for a bit. Of course if this or the other articles have thrown up any questions for you, do comment them here and I’ll answer as best I can.