For some time now I’ve contributed occasional articles to the Warehouse Express blog site where I’ve discussed topics as diverse as looking after your copyright on social media sites, the changing face of photography since 1945, fast flash synchronization, and using flip-out screens on compact cameras.

The flip-out screen article was inspired by my having bought a Canon G11 which has one such flippy-outie screen. Warehouse Express asked if, being something of a G-series fan, I would be interested in writing a review of the G1 X, Canon’s new, beefier version of the G-series cameras. How could I refuse? So they sent me one.

Having played with the G1 X for over a week now, I have to say… well you’ll have to read the finished article to know what I think of the camera and see the pictures I’ve taken with it, but I’ll give you some insight into how the review process is going. 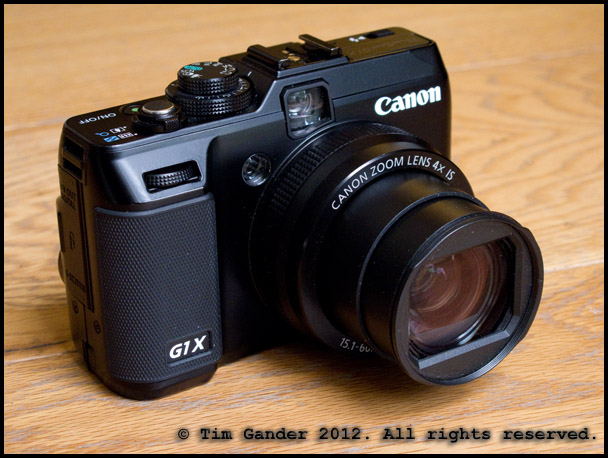 My review copy of the Canon G1 X

I was a little daunted at first when I realised I was actually going to have to go out and take pictures with this camera, preferably ones I’d be proud to show and which would demonstrate its capabilities. I mean I’m always happy to take pictures, but I don’t like reviews that don’t really push the equipment or show interesting photos. Colour charts and pictures of buildings on a sunny day don’t really do it for me.

As luck would have it, the day after the camera arrived so did some heavy rain and local flooding (don’t worry, no houses flooded). I grabbed the G1 X leaving all other cameras at home on purpose and headed out to the affected part of town. The camera was going to have to sink or swim! Well, not literally; I don’t think buoyancy tests are a normal test for a digital camera.

Since then I’ve shot portraits, events, street scenes and I’m hoping to test the camera in the most difficult of lighting conditions, the Frome farmers’ market at Standerwick, which has been a long-term photographic project for me.

With a bit of luck I’ll have a total of about 3 or 4 weeks to really try this thing out, and once I’ve processed the images and written up the review I should think the finished article will go live on the Warehouse Express blog pages pretty swiftly.

Don’t worry, I’ll be sure to make a big song and dance about my first product review. I won’t let you miss it.

Until then, I will offer this sneaky peek at the picture set since the picture below has already been released for editorial use via Alamy Live News. 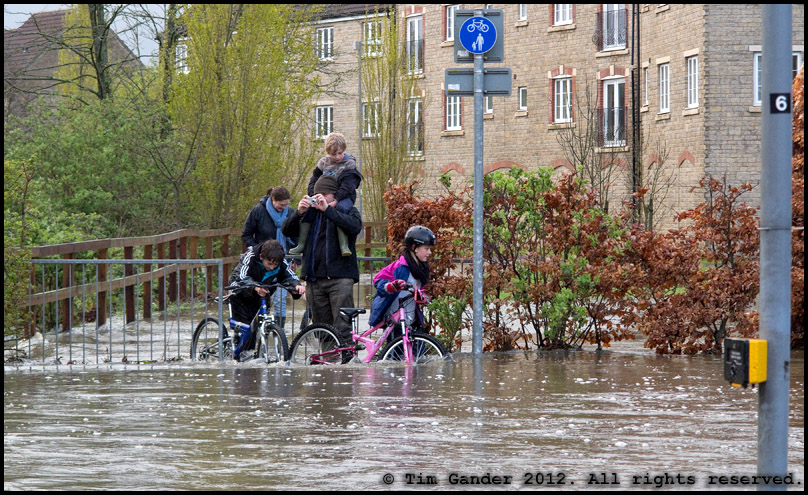