Last Tuesday I was asked to cover a photo-call on behalf of Premiership Rugby in the build-up to the Rugby 7s final taking place on the Friday.

This was going to be a quick-turnaround job, but the shots also needed to look polished, so I arrived in plenty of time to set up portable strobes on the rugby pitch at the Bath Rec (recreation ground, home to Bath Rugby Club) and have the trophy arranged so that when the team captains came down for the photo, I’d be good and ready.

The shoot list required pictures for the website, a shot for each of the captains’ home newspapers (consisting of a group shot each, with each captain taking it in turns to be nearest the cup and then individual captains with the cup), and a programme cover. I probably had less than half an hour to shoot the whole thing, including time for the photographer from The Bath Chronicle to get his shots too.

Having got all the shots I needed, I got the images onto my laptop, captioned, edited and sent off to the agency that was going to deal with the distribution of the images to all concerned. From starting the shoot to delivering the images was about 2 hours. 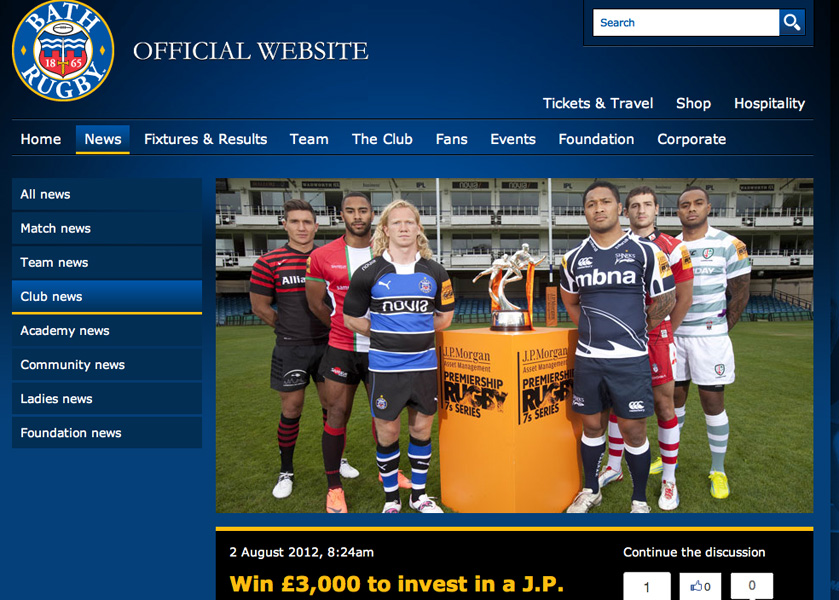 The website was updated with the new group photo of the team captains with the cup.

Despite the rain, the shots turned out fine and the Premiership Rugby website was updated with the new group photo and the regional papers all had the shots they needed. And on Friday when I arrived to cover the corporate hospitality aspect of the event, there was the programme with my cover shot on it. It’s challenges like that which get the adrenaline going and keep me keen. More please 🙂 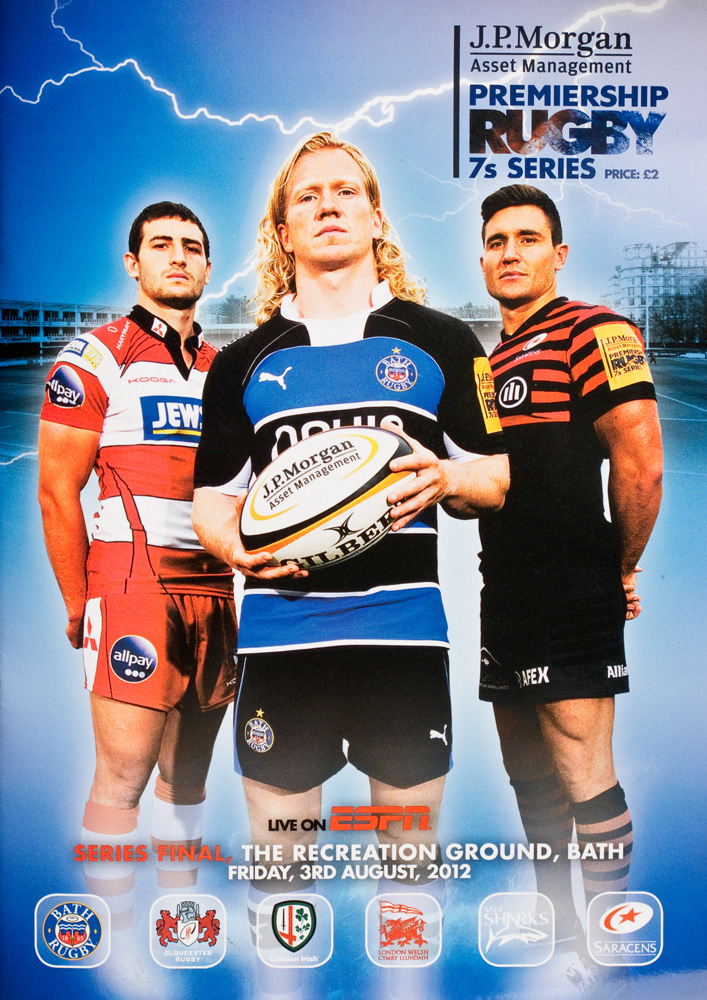 I photographed the players, but you might detect some Photoshop work in the background…