The Camera Does Matter (it just depends…)

There are many photographic clichés and my least favourites one goes “the best camera is the one you have with you.”

You’ll see it on so many camera forums trotted out by those who like to make themselves look “expert” in some way. Now, while clearly you can’t take a photo without a camera, I have to challenge the thinking behind this particular cliché which is that you can take a prize-winning photo on a pinhole camera and you can take a dreadful snapshot on the most expensive camera money can buy.

While it’s true there are many ghastly photos taken every day on cameras costing many thousands of Pounds, it’s incredibly unlikely you’ll get a prize-winning photo on a pinhole camera or cameraphone. 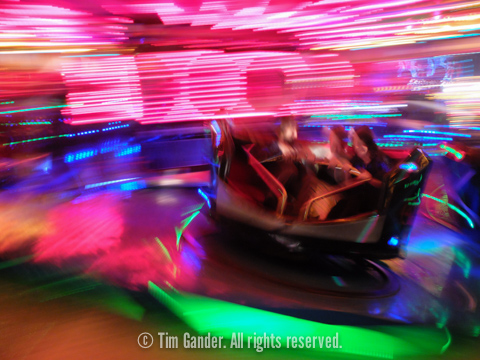 I’m sure someone somewhere has taken a photo with a cheap camera or on a smartphone which they’ve managed to sell to a newspaper or won a prize with somewhere, but this is to ignore the fact that the world is vast and the “infinite monkey” theory will disprove any sweeping statement. Except it doesn’t disprove anything, because I’m talking about likelihood. I’m also talking about context in which a photo is taken and the context in which it is to be published.

Of course if you get a nice colourful snap on your phone it’ll look lovely on the internet, which will prove you didn’t need a big fancy camera to take that photo. Try to sell that photo to a stock library and it’ll get rejected on the grounds that it won’t come up to client requirements for image size and quality.

Take a photo of Lord Lucan riding Shergar through the lost city of Atlantis, and no newspaper or magazine will give a stuff about the quality, they’ll be tearing your arm off at the elbow to get hold of the image. They might even offer some money to publish that snap. It wouldn’t even need to be particularly sharp.

Now if I turned up at a client’s job with nothing more than my iPhone I think the client would be rightly upset. Replying “but this is the camera I have with me, therefore it is the best camera” would go down like a lead balloon.

And so I’ve re-written this cliché. It goes “the best camera is the one you have with because it’s the best camera you own and because you’re being paid to use it.” There, that’s fixed now so I can go after my new least favourite cliché. Just as soon as I’ve worked out what it is.