Saturday 12th September was blessed with surprisingly kind weather, even more surprising because I had an assignment which very much relied on being outdoors, which of course normally means torrential rain has been predetermined.

On this particular day though, I arrived at Littlewood Farm in the village of Frampton, near Dorchester, in brilliant sunshine to cover a sort of open farm event. I say sort of because this was open farm by invitation. Dairy farmer, George Holmes, invited suppliers, retailers, fellow farmers and politicians to see the operation at his farm so they could gain a broader understanding of how a modern dairy farm works, the products its milk goes into and to air the issues faced by farmers as milk prices come under pressure from falling world prices.

My task was to document the event for pictures to be featured on twitter as well as to capture a PR image for local press which would show George, the local MP Simon Hoare and Minette Batters of the National Farmers Union with a cow.

The cow part of the brief troubled me a little because they’re big beasts and not always easy to arrange for a photo, but when I saw the pens of young calves in the calving shed, I knew we had an opportunity for a picture that would jump right into the local press, carrying the story with it – which is the point of a PR piece after all.

I was on-site for a couple of hours, and in that time I built up a collection of images featuring people enjoying the tractor trailer tour of the farm, watching the cows being milked and interacting with the calves as well as getting a few stock images of cows for the client to use later.

The PR picture worked and made its way into the Dorset Echo as well as a good range of industry publications, which goes to show that a well-considered photo really can get useful coverage and exposure for an event and the brand behind it. 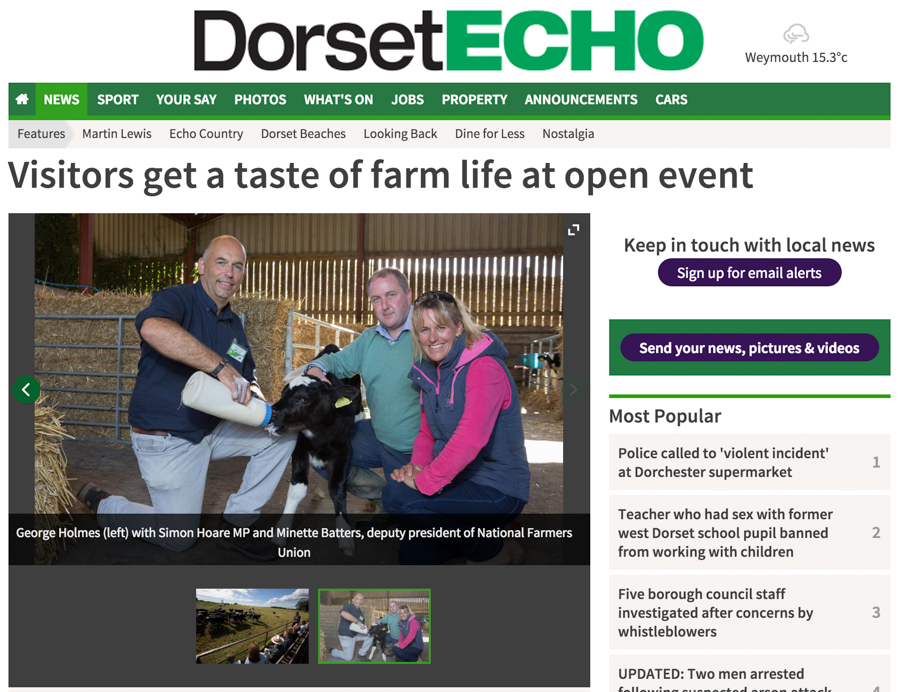 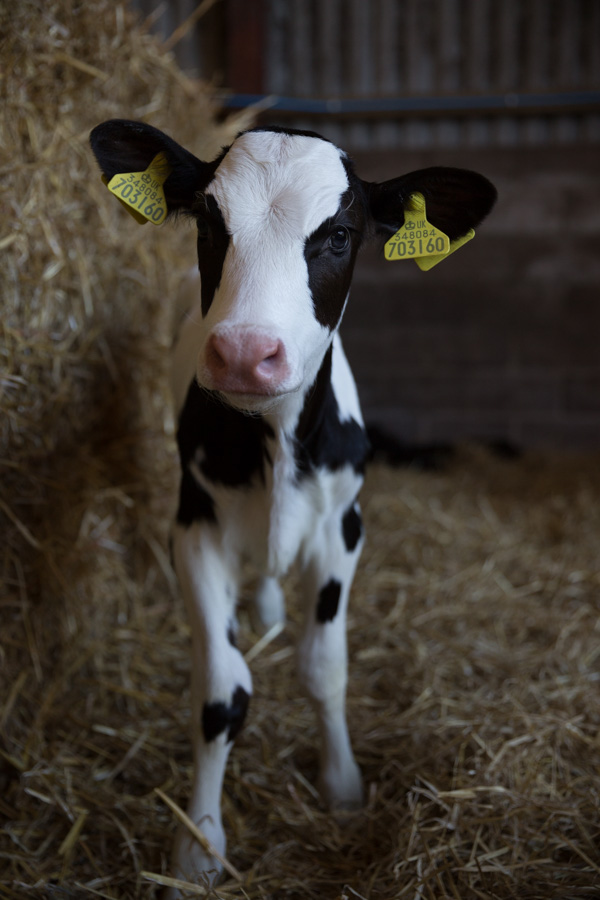