Recurrent controversies over the doctoring of photojournalistic images might seem of distant interest to businesses and organisations which only use commercial images, but there is an important crossover area wherein danger lies for every business.

Most businesses using photographs in their corporate communications are in the main either buying stock photos or commissioning them from a photographer like myself. As these pictures are being used to illustrate or promote a commercial venture in some sales capacity (website, brochure, catalogue etc), they don’t have to conform to the standards of photojournalism. Assuming they observe normal laws, their purpose is to illustrate a concept, or the values of the organisation, not some higher truth.

But occasionally businesses will engage a photographer to take press and PR pictures. These of course are destined for use in newspapers, magazines, trade journals perhaps and almost certainly online in social media and so on. The medium really doesn’t matter; such pictures are taken as a matter of record and should be treated as seriously as if they were showing history unfolding.

It doesn’t matter if the photos show a cheque being presented, a ribbon being cut or a visit by an MP or Royalty, the intention of these photos is to illustrate something which has happened in the life of the organisation and should be treated as historical records.

Where a photo is set up, such as for a presentation of an award, a prize, the launch of a new venture or whatever, it’s generally obvious from the way the participants are posed and often looking to camera that the scenario has been choreographed by the photographer, and this is fine because the viewer will understand they’re seeing a staged photo. However, this staging isn’t a licence for elements or people in the picture to be doctored in, out, moved or changed in any way. What happens in front of the camera should be shown in the final result. 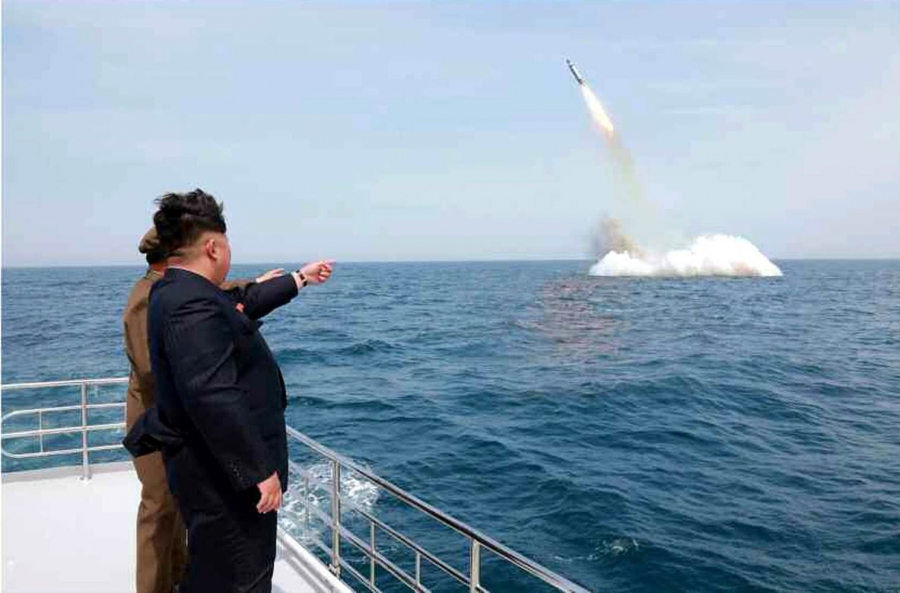 Some manipulation just draws ridicule, as this North Korean press shot did.

It’s not uncommon for a client to suggest that I can Photoshop something in or out when I’ve taken a photo for press release and often they look at me quizzically when I explain that I cannot do this for ethical reasons. No photographer can because it breaches the editorial code of ethics, and if caught could seriously harm the reputation of the photographer and their hopes of finding future work.

It also does the client no favours when the “internet” gets hold of a story of doctoring or manipulation. The business name may be spread far and wide, but it will be couched in negative terms and with a (possibly) permanent and negative connotation.

And so as tempting as it may be to say “it’s just a group photo,” or “only for the web,” don’t be tempted into breaking ethics for the sake of a “better” image. It could ruin your image.