Being a Bit Flash

This blog isn’t a “tricks of the trade” kind of a deal, but sometimes there’s no harm in demonstrating that I work in a particular way not because I want to show off what I can do, but because the client ends up with appealing images and the “look” they’re after. I’ll keep the technical stuff to a minimum, but hopefully you’ll get the point just by looking at the differences between the top and bottom photos. 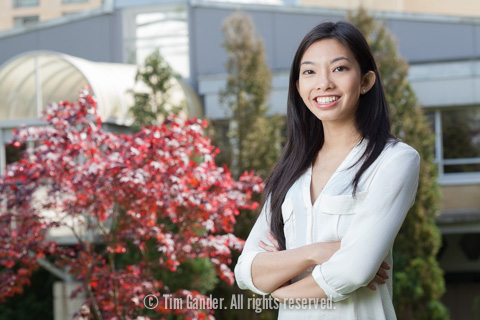 This is the frame I submitted to the client. Flash was used to fill in the shadows on Noel’s face

You may recall this image from my round-up of 2014, a prospectus brochure shot for University of Bath. It’s taken outdoors, but with flash used carefully to brighten Noel’s face. It’s got a slightly surreal look to it because it does look a bit like a studio-lit portrait, and I wouldn’t always use this look for outside portraits, but it does make the shot quite eye-catching.

The photo below shows how this image looks when flash hasn’t fired (I probably clicked the shutter before the flash was ready). I’ve done some processing to make it a more acceptable shot, and it’s not a “bad” photo, just not the finish I was hoping to achieve. 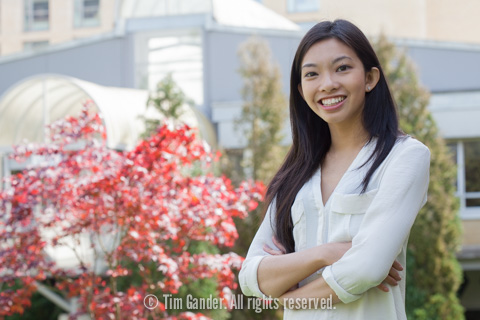 In this frame the flash didn’t fire, and the difference is obvious

One problem with it is that without flash it’s harder to keep the highlights in the background from going completely white and losing all detail as I bring up the exposure for Noel’s face. The lighter background also has the effect of pulling attention away from Noel.

The other thing you’ll notice is the catch-light in Noel’s eyes, lacking in this version, which adds another bit of sparkle to the final image.

Of course you might prefer the image where flash didn’t fire, but remember this was shot to the requirements of the client. My job is to create what they want and often this means matching the style to that used by their in-house photographer. Personally I like the extra layer of polish which the appropriate use of flash gives, and other clients seem to like it too, so you might spot it as you look around my website.

Go on, have a look, see if you can detect where else I’ve used this technique.