Slave to the Algorithm

Photographing events doesn’t get more funner (new word) than when I’m left to get on and be a fly on the wall, and the NWERC is a fine example of an event packed with opportunities for any keen-eyed, camera-toting fly.

Now, rather than me trying to specify the essence of the event, and getting it horribly mangled, how about I let the event speak for itself. From the NWERC website,

“The Northwestern Europe Regional Contest (NWERC) is a contest in which teams from universities all over the Northwestern part of Europe are served a series of algorithmic problems. The goal of each team is to solve as many problems as possible within the 5 hour time limit.”

Got it? Good, but what’s my role in the event? Well obviously to generate photos which can be used by the event organisers, host and participating universities in order to generate publicity for future years’ events.

My main task is to capture the runners-up and winning team as they take to the stage once all the scores are in, which is all good fun in and of itself, but the bit I really enjoy is when I’m roaming the hall during the last hour or so of the coding time. 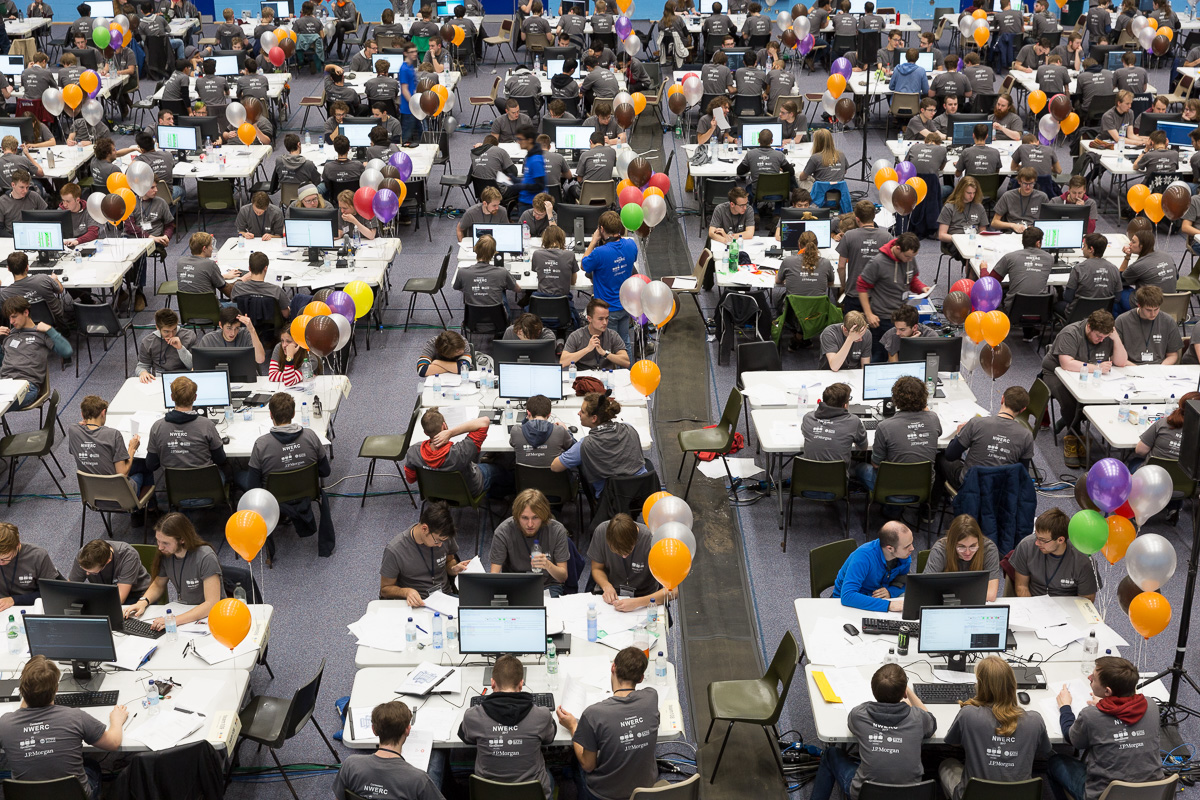 A mass of competitors from across NW Europe compete for a place at the final. 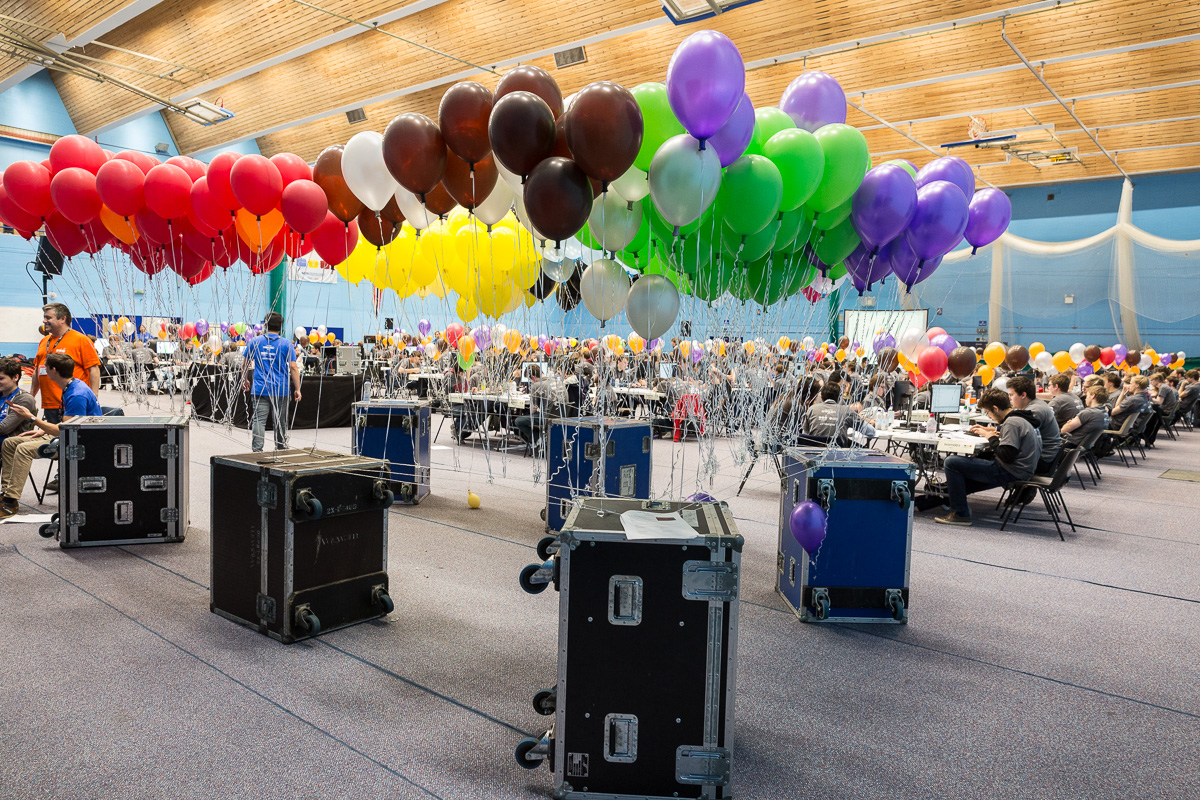 Teams receive a balloon for each task they crack. 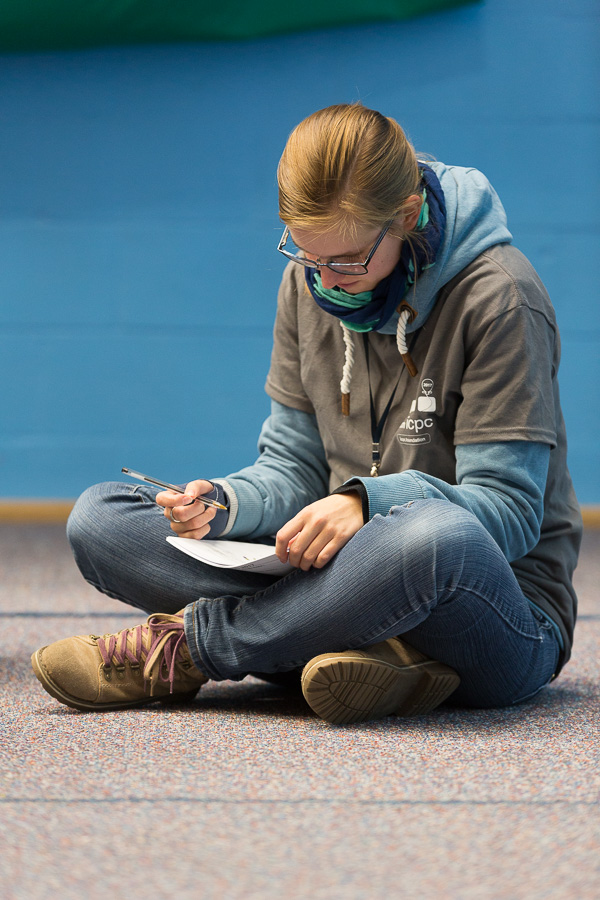 Taking a moment away to work on a formula. 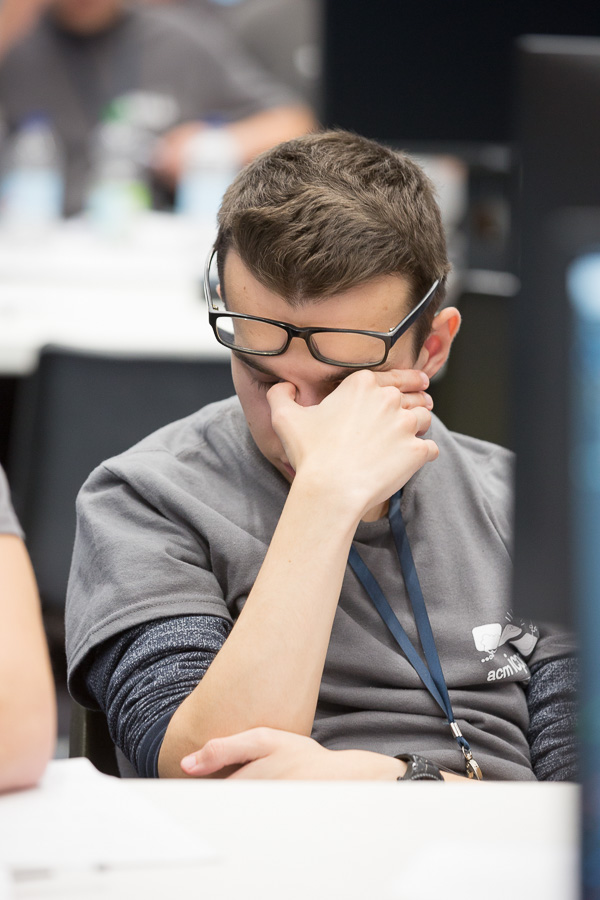 Brain strain as the competition comes to a climax. 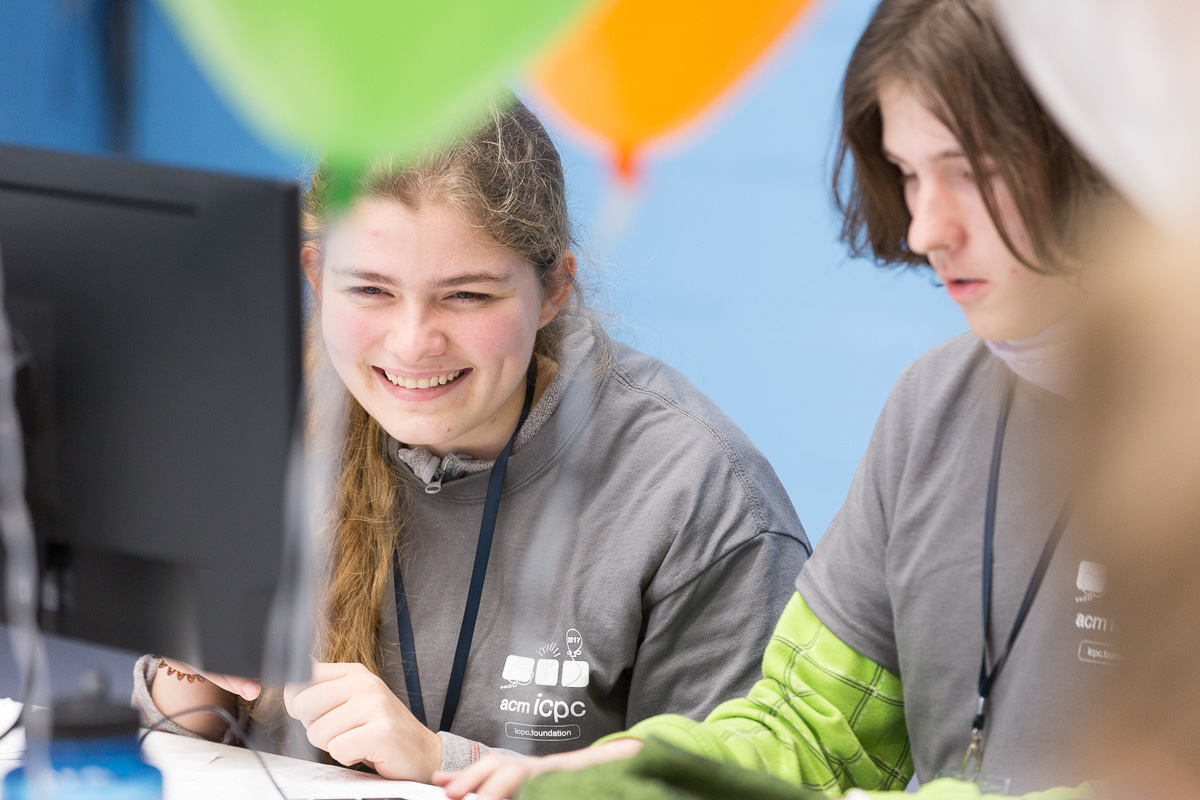 A team from Germany senses success is near. 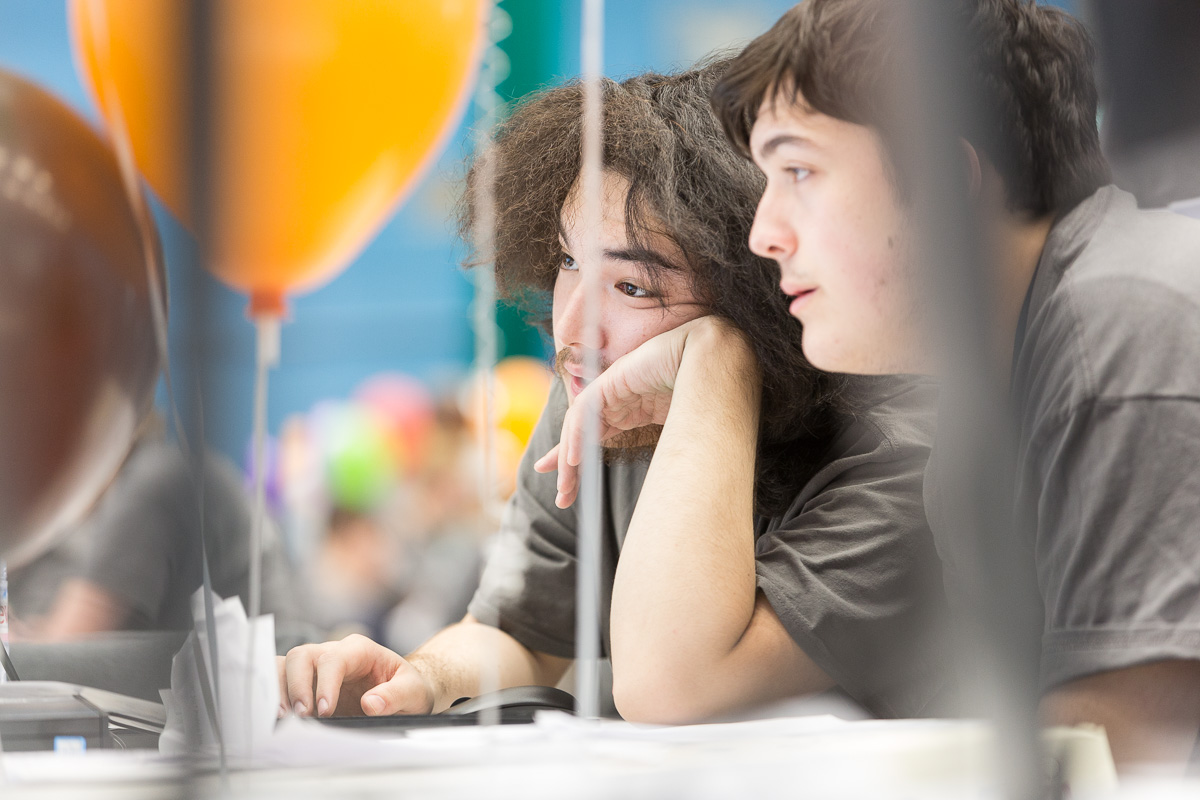 Concentrating on their work amid a jumble of balloons. 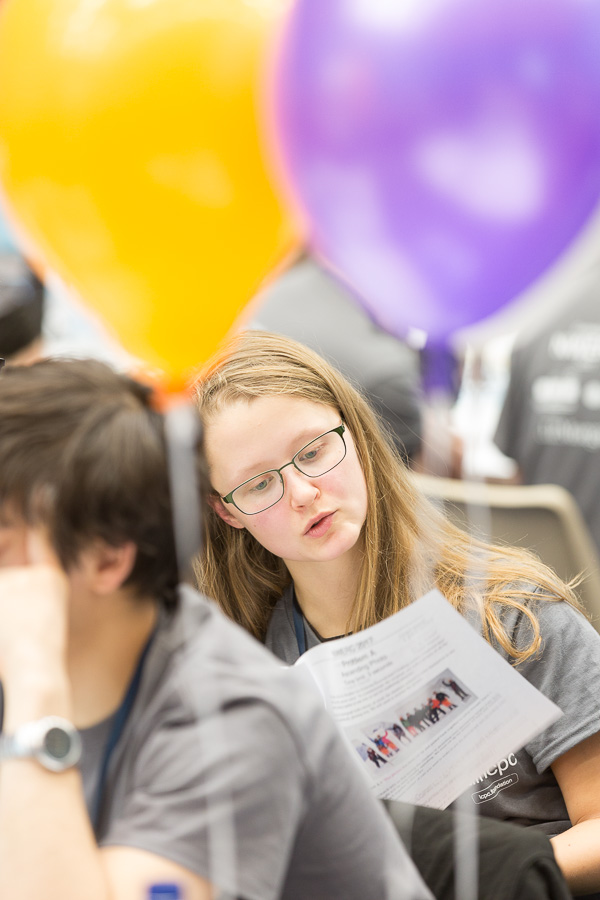 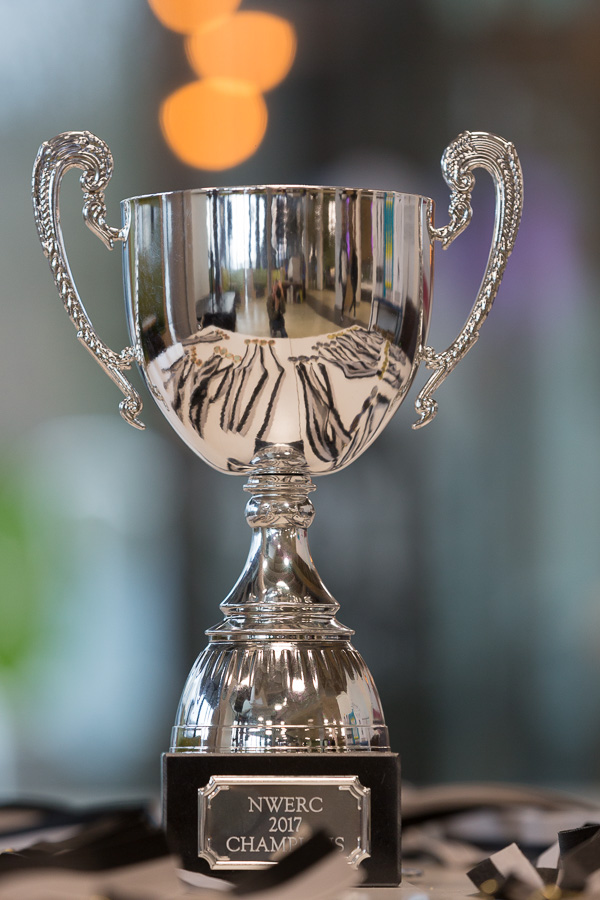 That’s when the teams are either at their most ecstatic or at their wits end. Last November’s event was the second year running I got the commission, so I knew what to expect and where to go for the best images.

Starting with a fairly spectacular scene showing the sports hall packed with aching brains, I then made my way to ground level to get in amongst the coders and record the triumphs and tragedies as they waged war with algorithmic problems.

And if you’re wondering what’s with all the balloons, a team would receive one each time the automated scoring system detected they’d cracked a problem. You can imagine the pressure of seeing other teams amassing more balloonage (another new word) than yours. I thought some of the teams were ready to float off!

Sadly for me the event isn’t happening in Bath this year, but it may return another year. If it does, I’ll be ready and waiting to get my wings buzzing and my segmented eyes trained back on the subject. As long as I don’t go completely Geoff Golblum, I’ll enjoy being a fly on the wall once again.